The first lady – who had pushed Donald Trump to U-turn on his controversial child migration policy – travelled to Texas and talked to kids at a shelter. 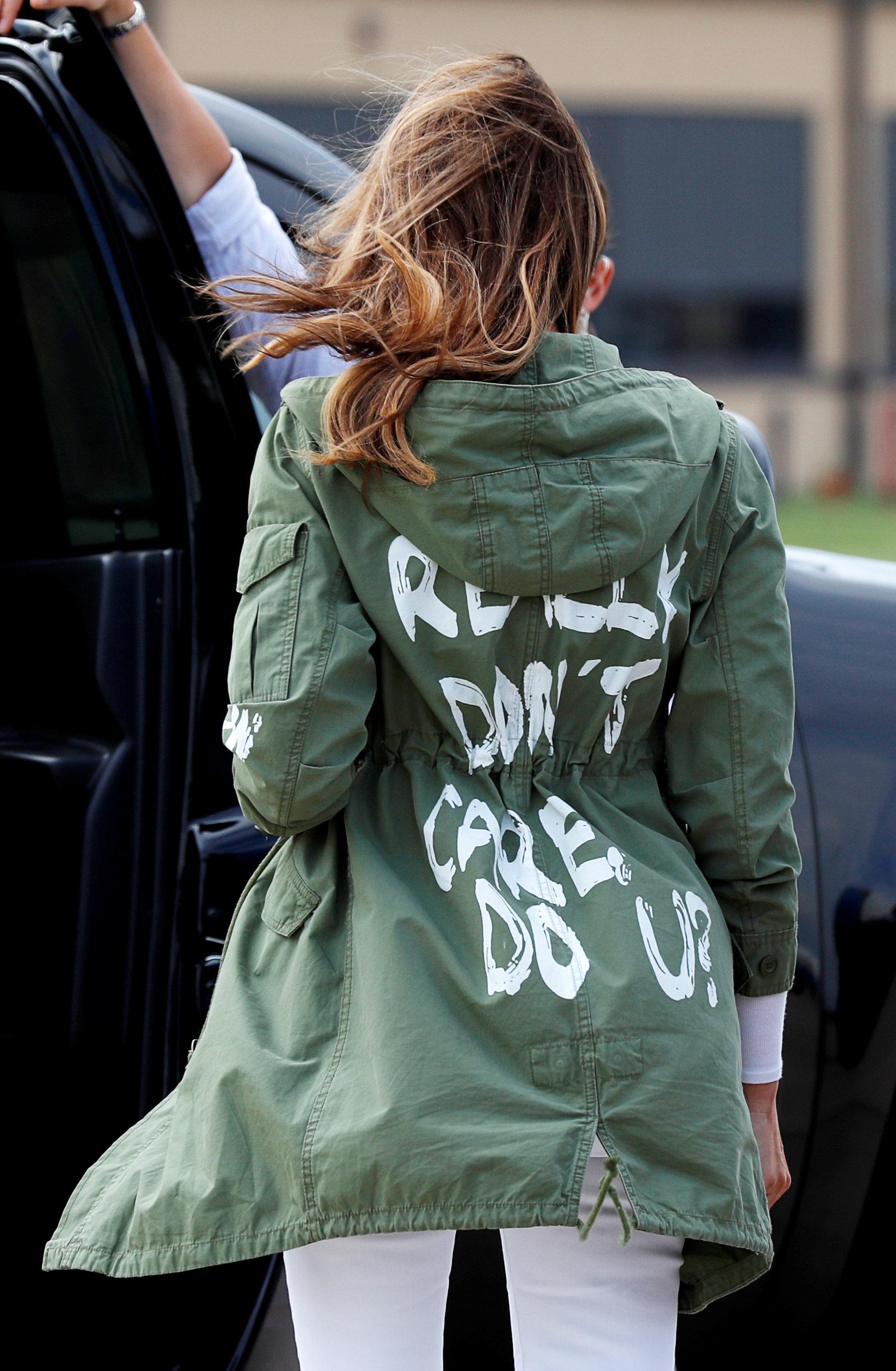 Her appearance came one day after the US President ordered that tots should not be separated from their families – following an outcry over images of migrant children in wire cages.

But as Melania boarded a government plane at Andrews Air Force Base in Maryland she was seen wearing a £30 Zara military jacket with the message printed on the back: “I don't care, do u?”

When the plane landed in McAllen, Texas, Mrs Trump had changed into a different pale cream coat.

But when she returned to Washington, she had seemingly put the controversial number back on. 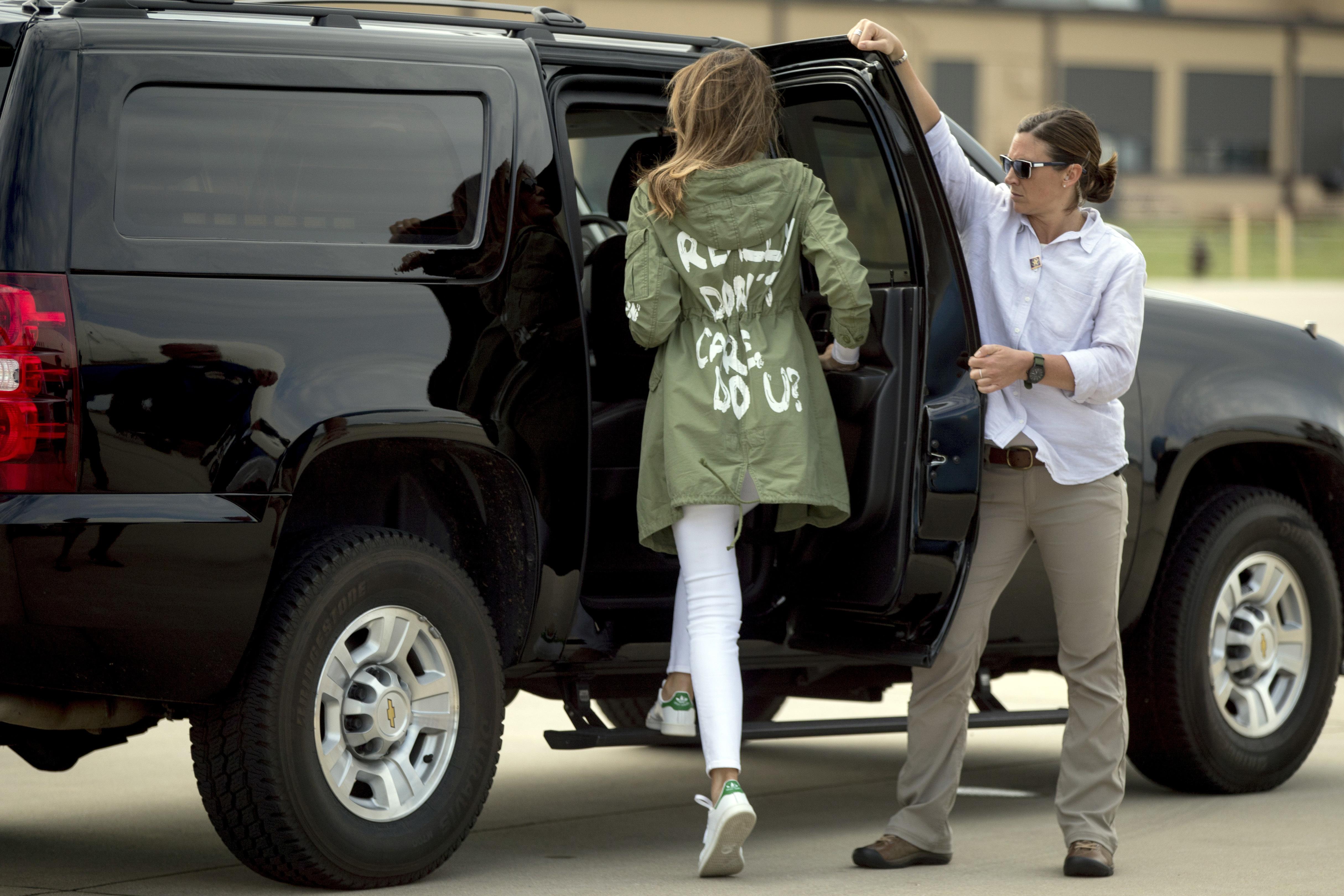 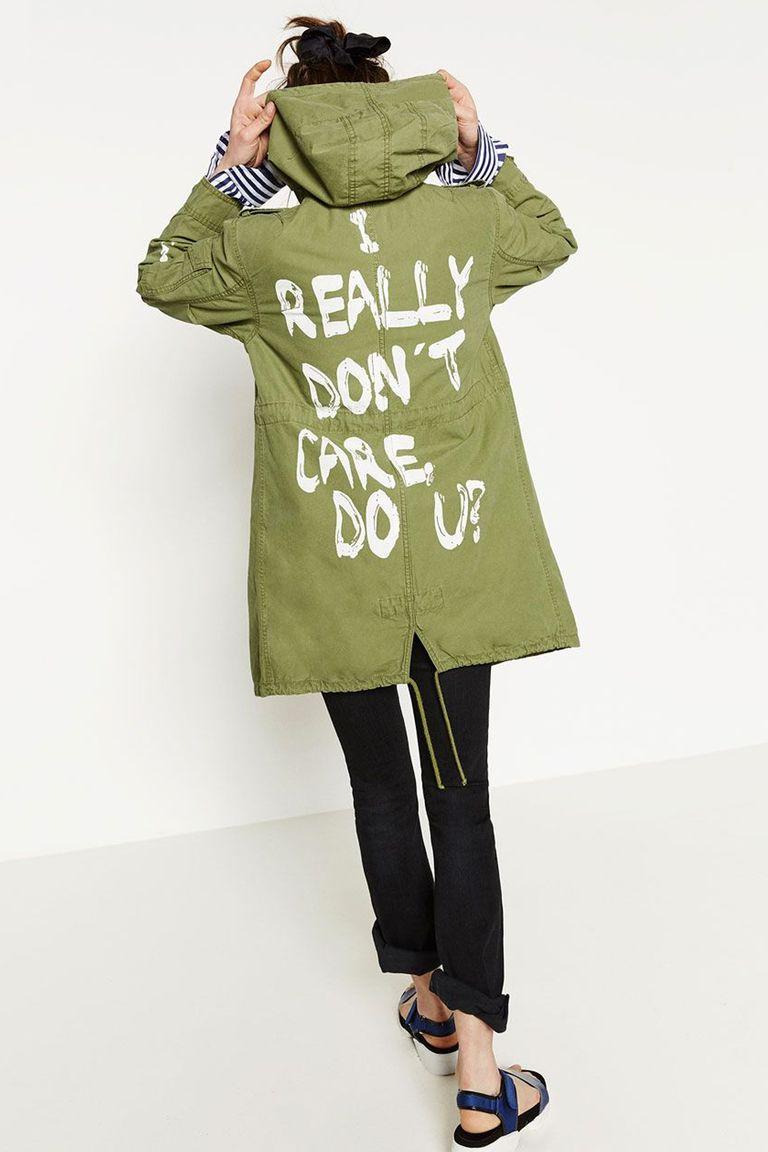 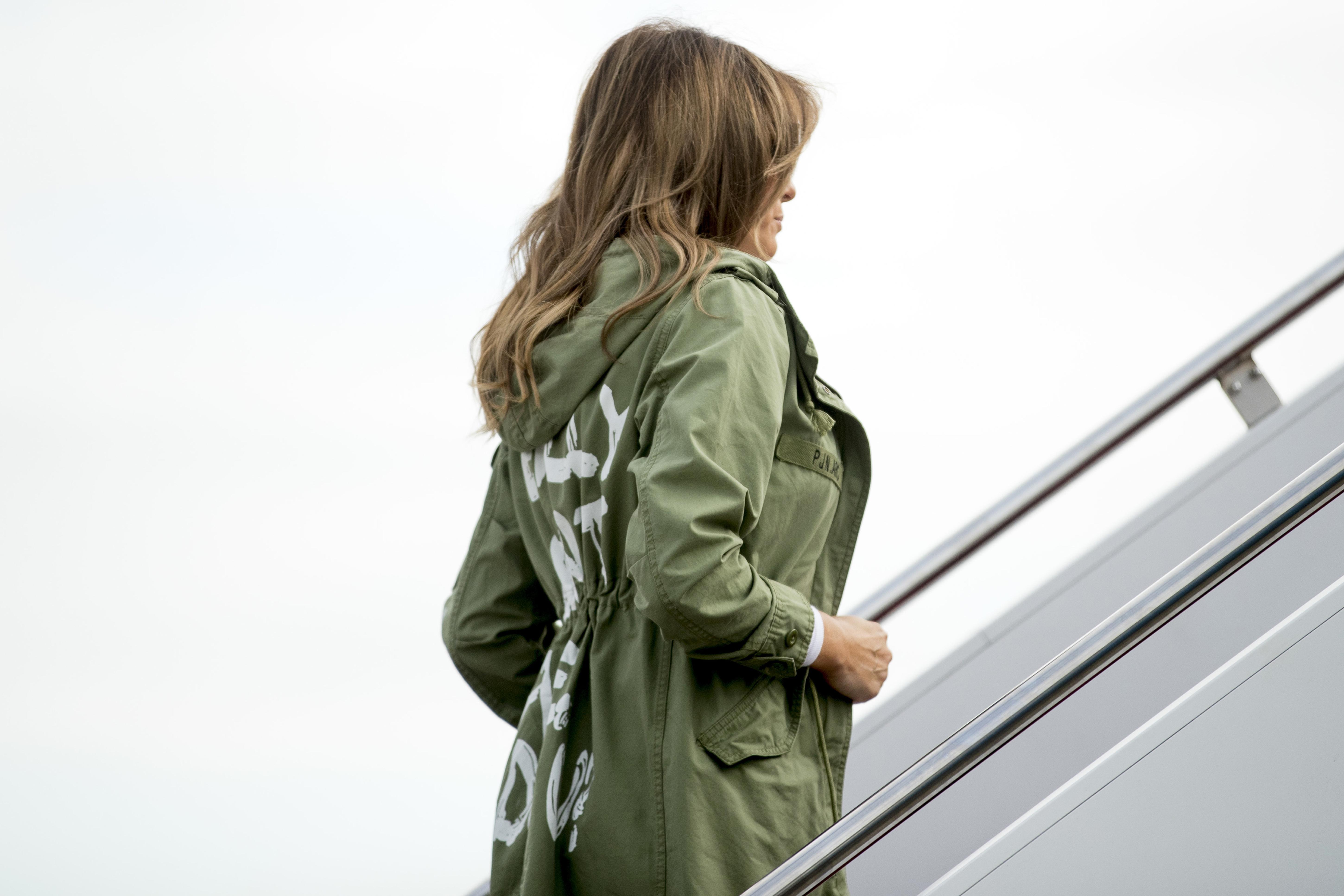 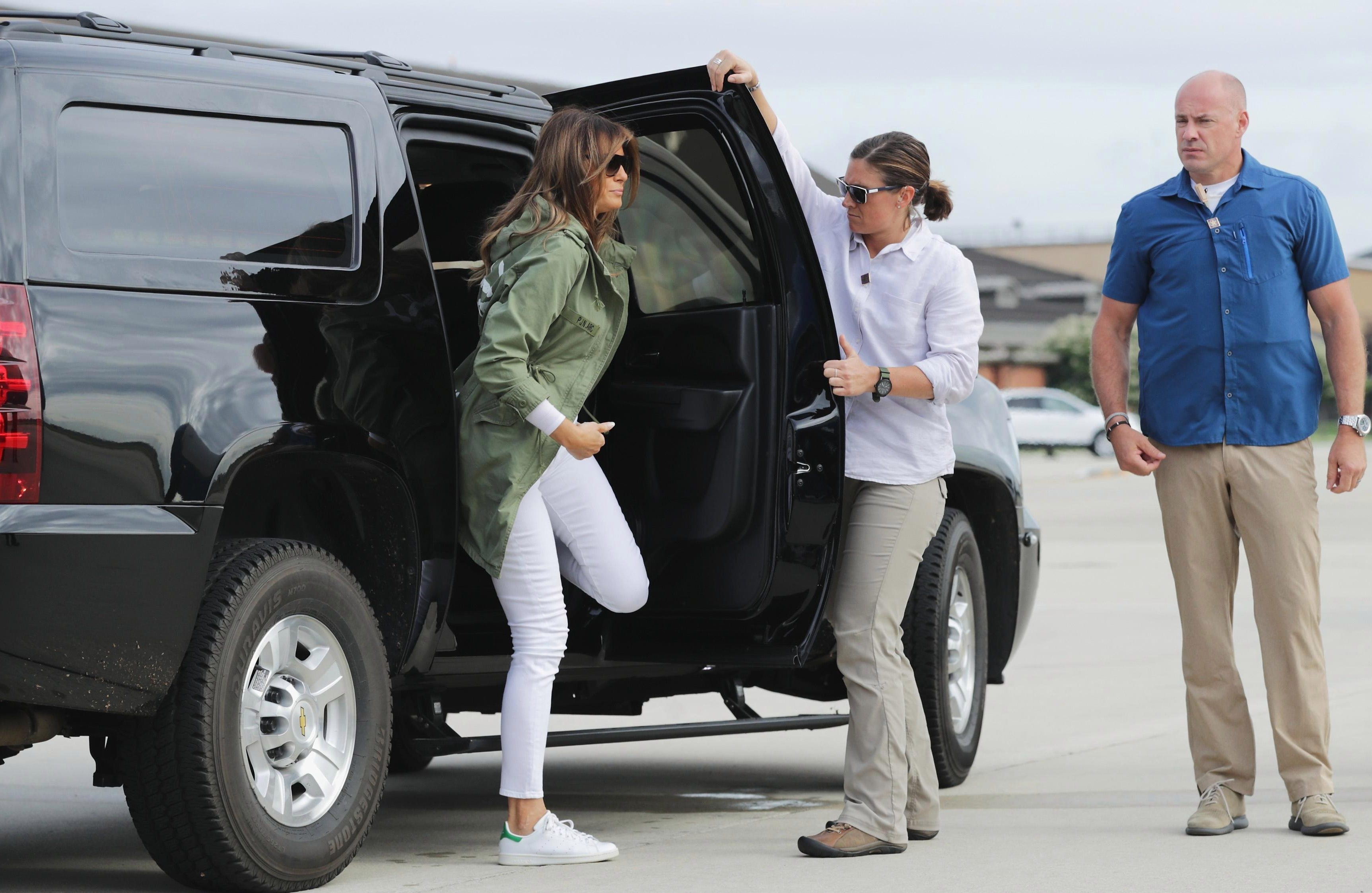 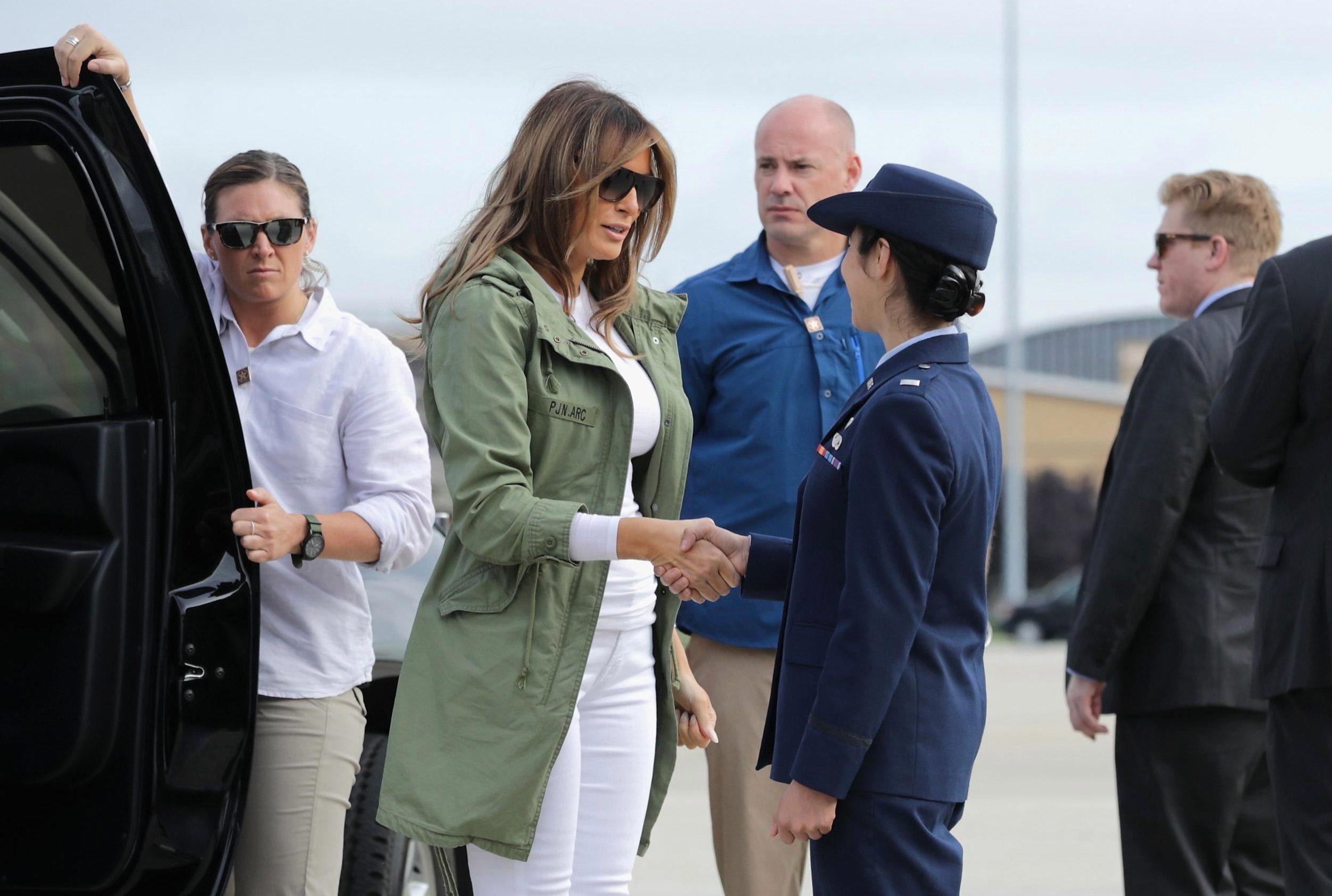 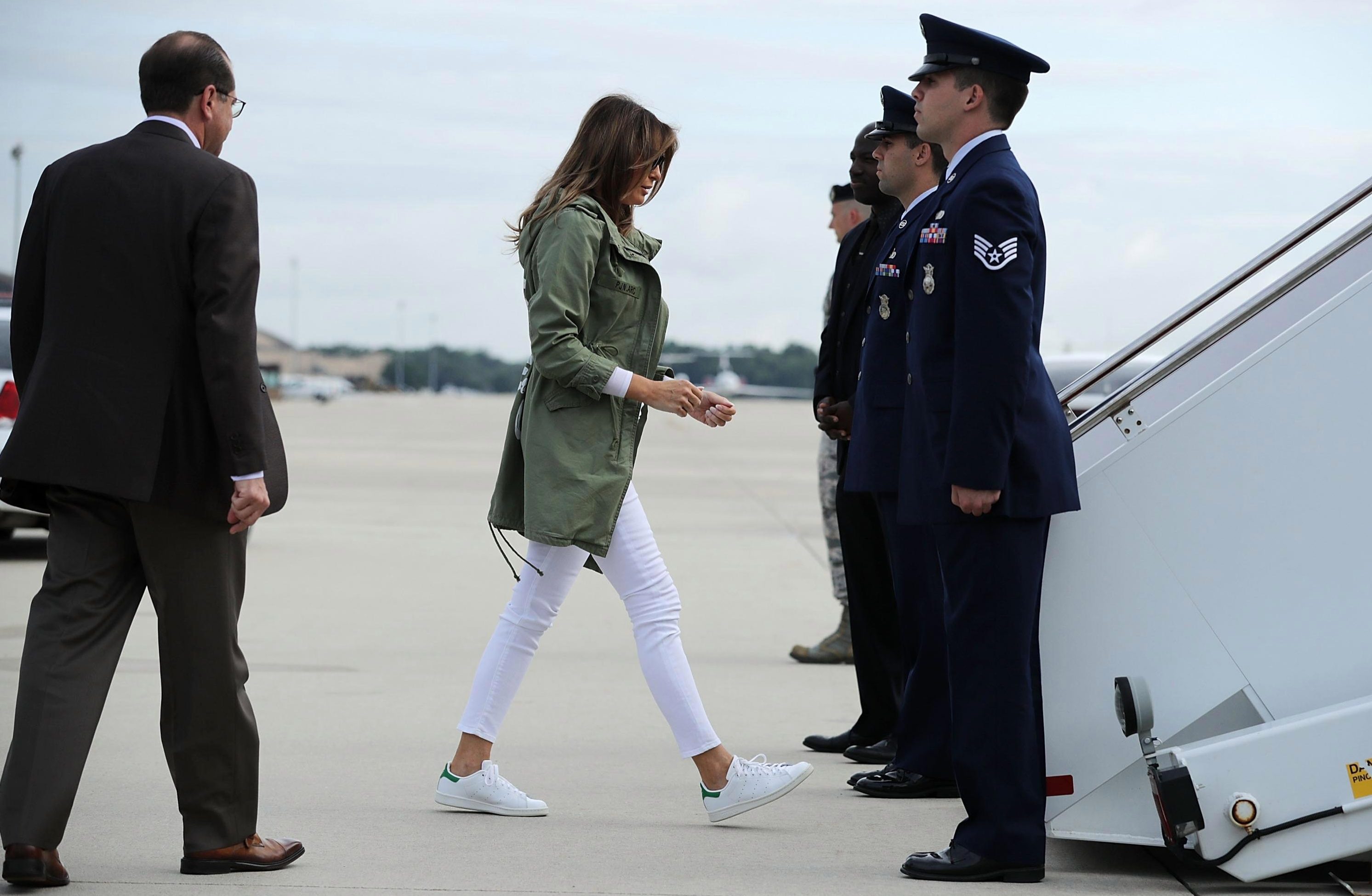 Writing on Twitter, he said: "'I REALLY DON’T CARE, DO U?' written on the back of Melania’s jacket, refers to the Fake News Media.

"Melania has learned how dishonest they are, and she truly no longer cares!"

Her spokesman Stephanie Grisham said: “It's a jacket. There was no hidden message." 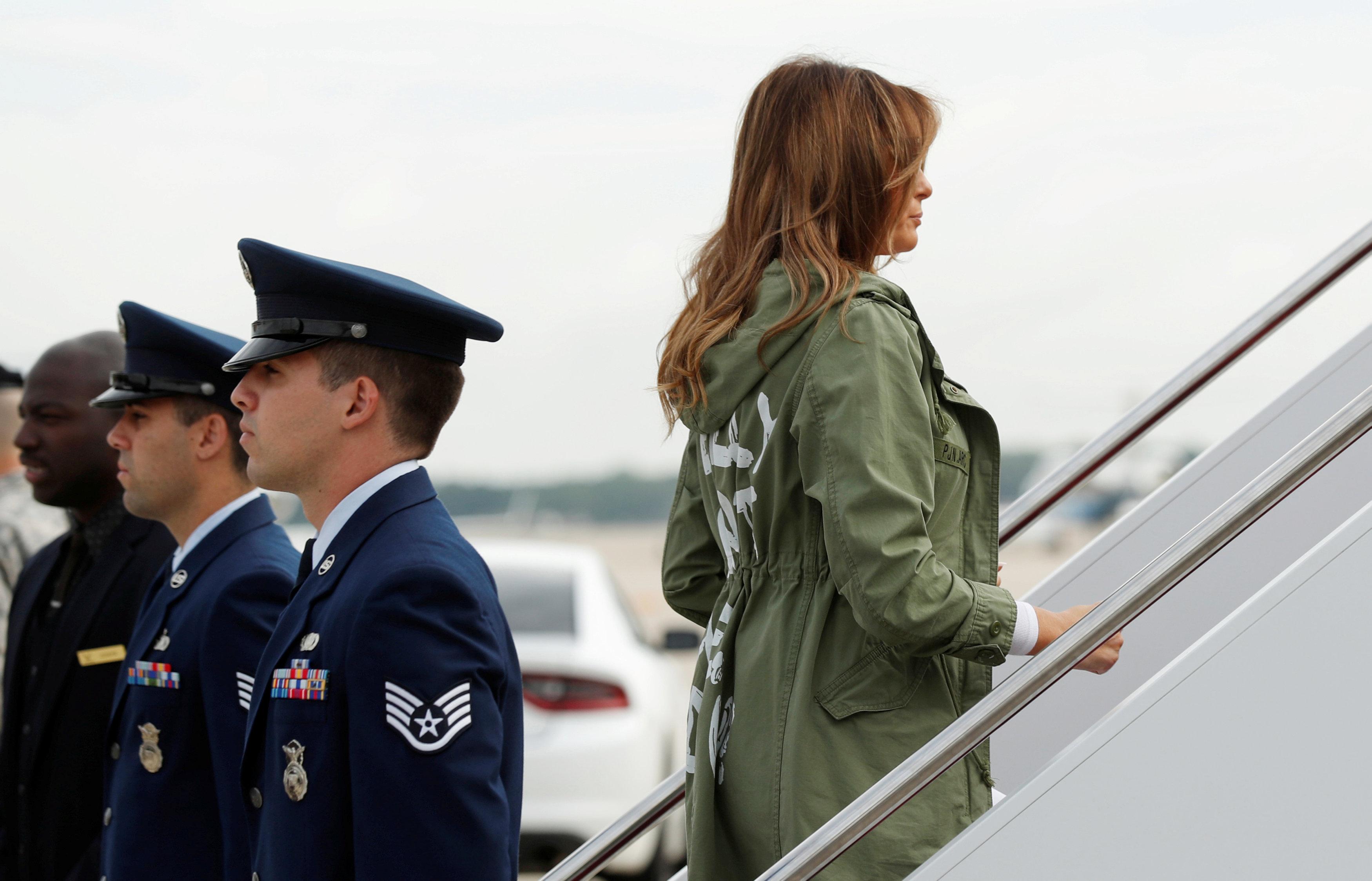 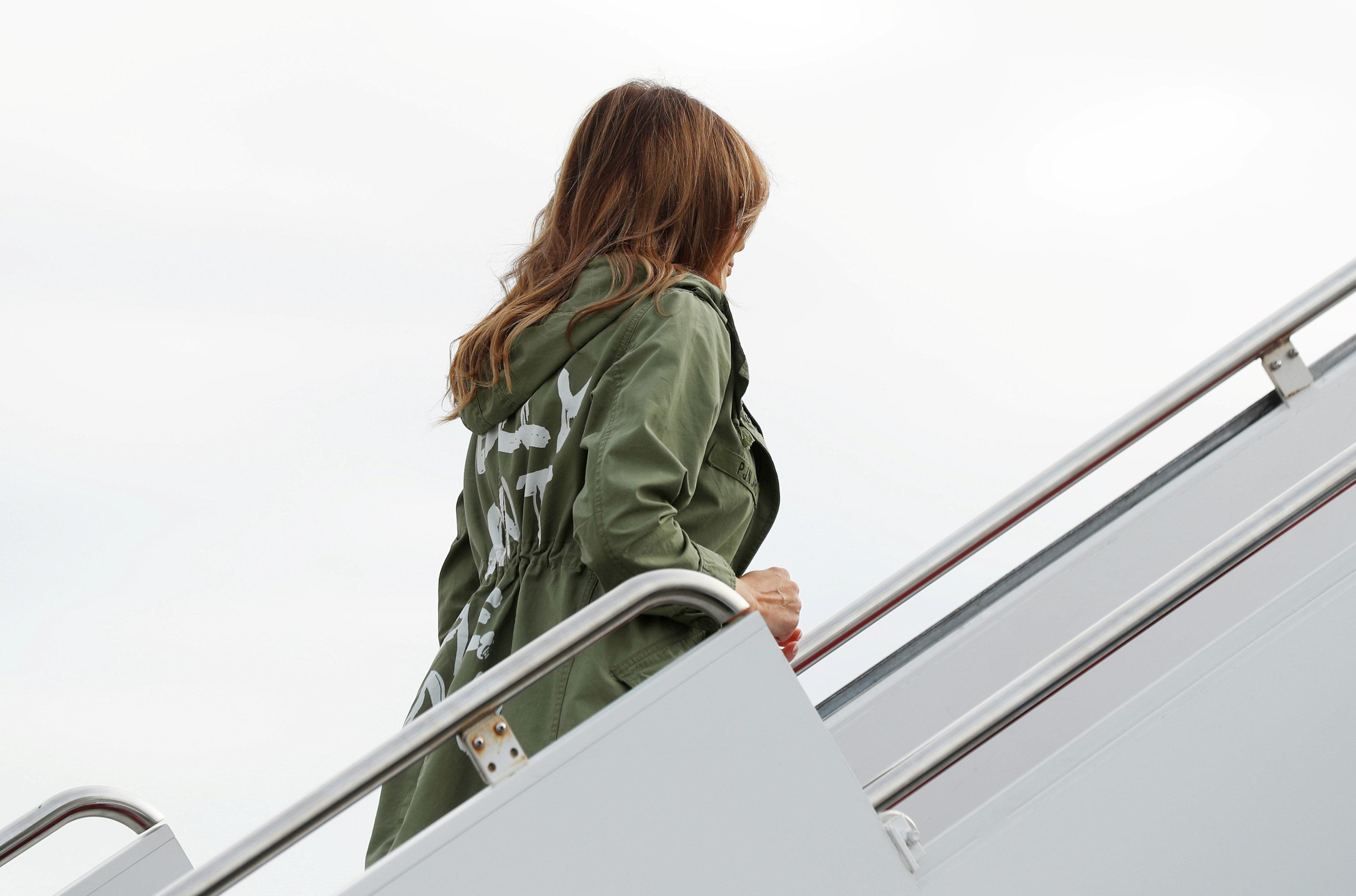 DONALD Trump was urged by his wife Melania to do something to stop children being separated from their parents at the US-Mexico border.

During private conversations with the president, she urged him to end the humanitarian crisis after showing him horrifying pictures of kids in cages, a White House official said.

In the Oval Office, Trump said he had also heard from his daughter and aide, Ivanka Trump, about the policy.

But despite days of heart-wrenching images of children being pulled from their immigrant parents, she stayed publicly quiet until Trump osigned an executive order designed to keep families together on Wednesday.

Then the first daughter tweeted: "Thank you @POTUS for taking critical action ending family separation at our border," and called on Congress to "find a lasting solution that is consistent with our shared values."

The First lady weighed in more quickly, with her office issuing a statement over the weekend saying she "hates" to see families separated at the border.

On Wednesday, a White House official said she "has been making her opinion known" to her husband that he needs to do all he can to keep migrant families together.

Grisham underscored that message in a tweet with the hashtags #SheCares and #ItsJustAJacket.

It comes as it was revealed Melania and Ivanka Trump put pressure on him to sign an executive order preventing migrant children being split up from their families.

She decided to make an impromptu visit to the Upbring New Hope Children's Center, which houses 55 migrant children aged from 12 to 17, on Thursday.

She was met with a large paper American flag the children had signed taped to a wall, with the words: "Welcome! First Lady". 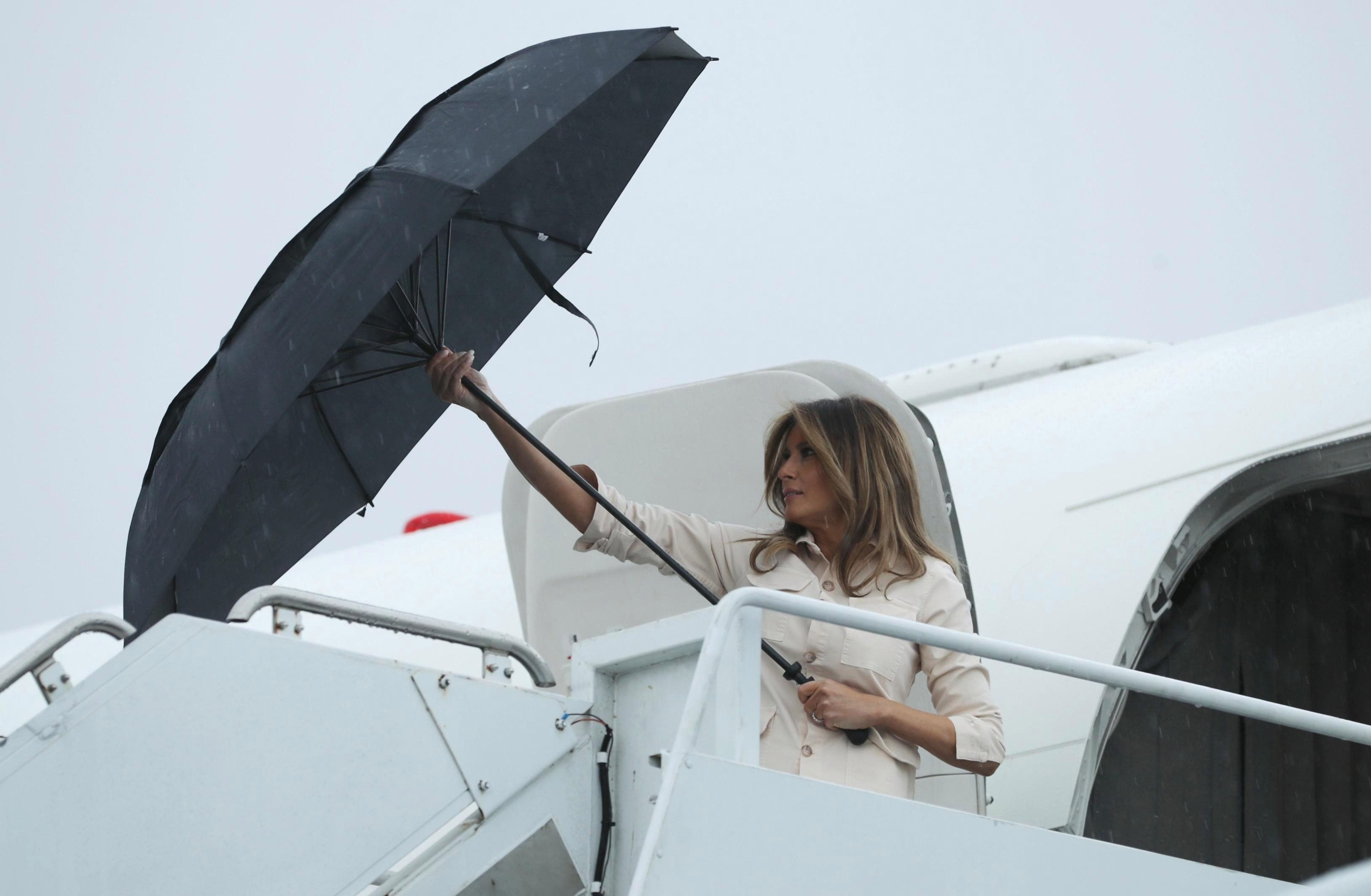 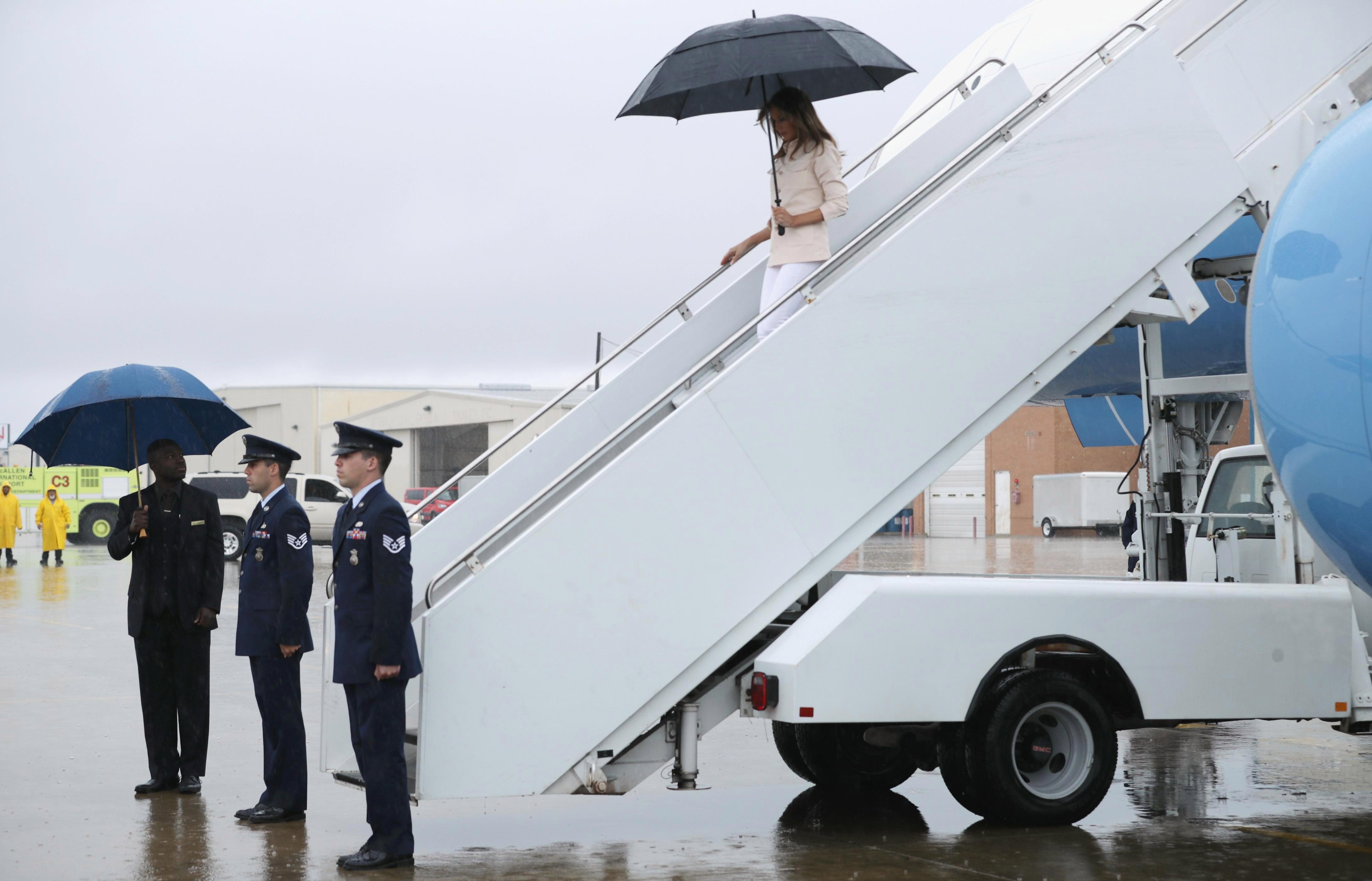 Mrs Trump asked them where they were from, if they were friends and how long they'd been at the centre – where staff said kids typically spend between 42 and 45 days.

The children responded, sometimes in English, other times in Spanish, many of them wearing grey T-shirts with the red, white and blue words "We Are One."

She told children to "be kind and nice to each other" as she left for another classroom.

The first lady thanked the staff for their "heroic work" and asked them to reunite the children with their families as quickly as possible. 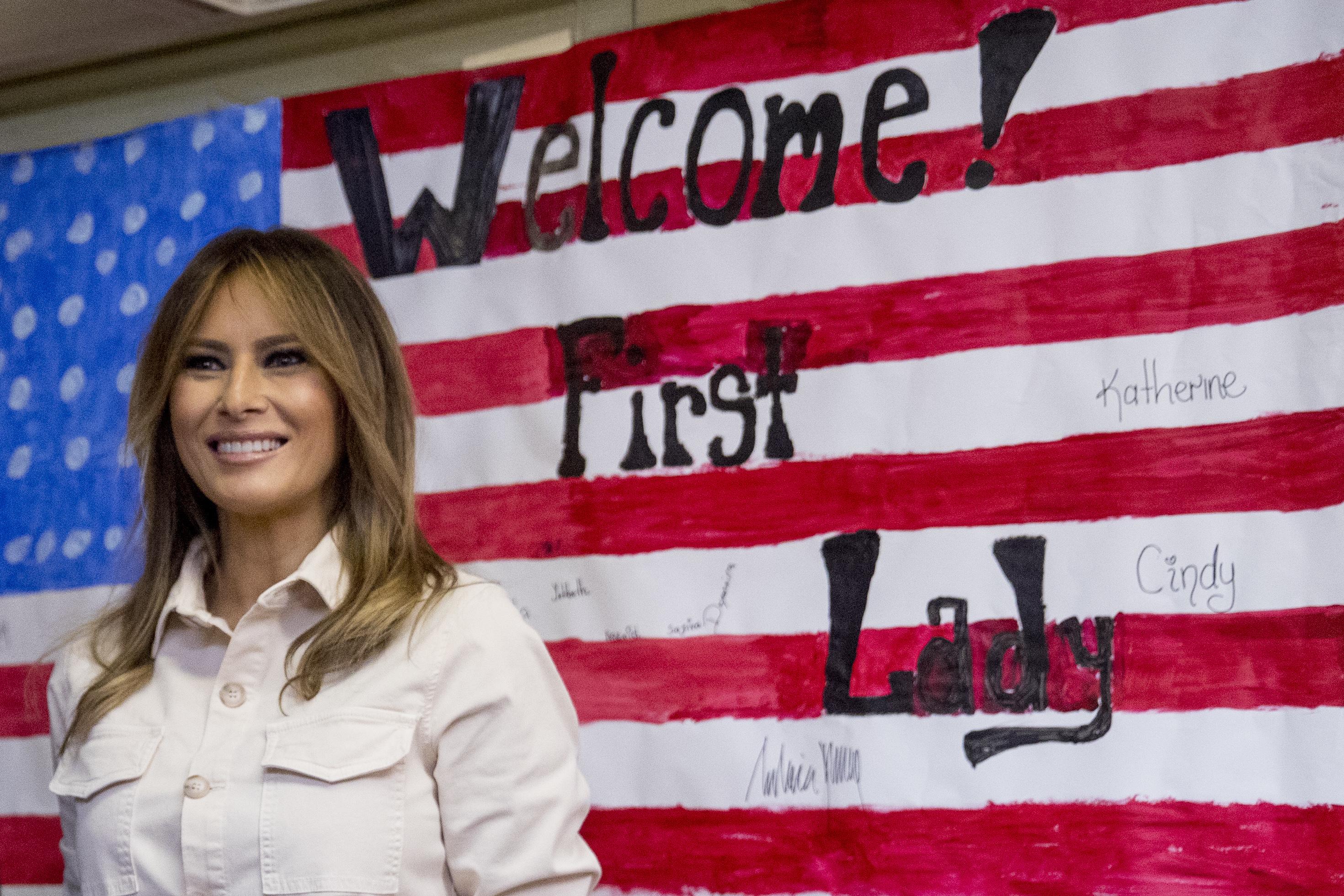 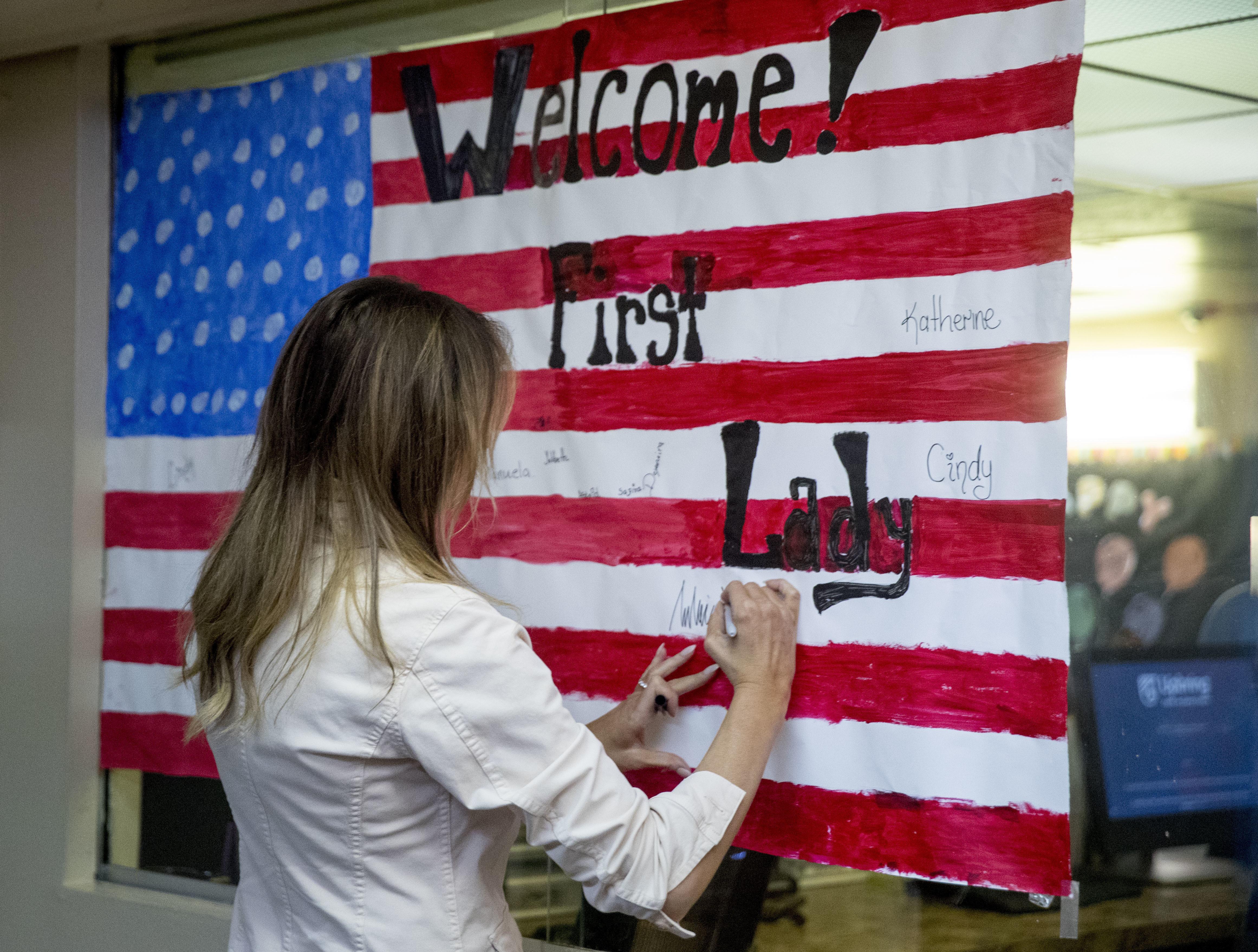 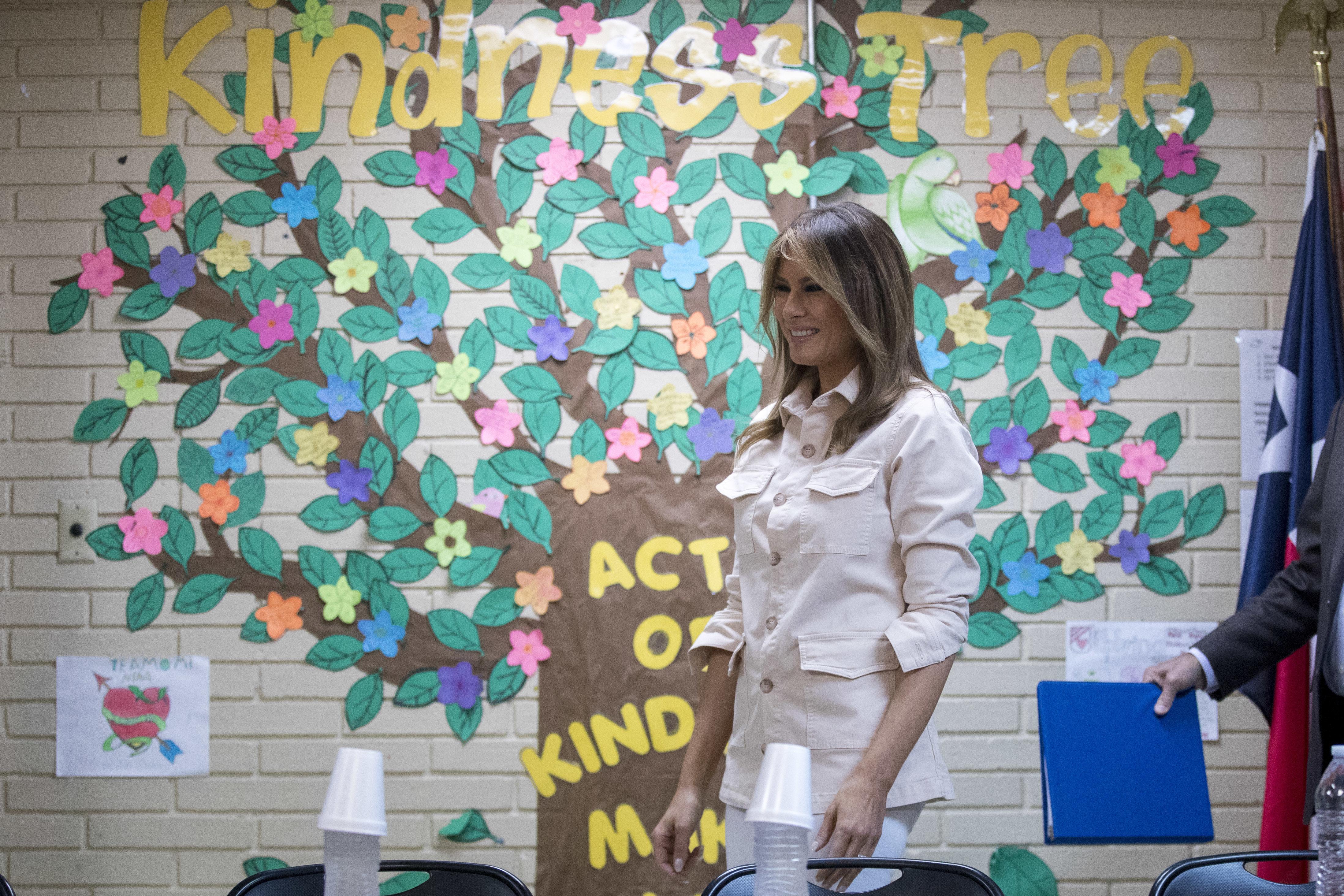 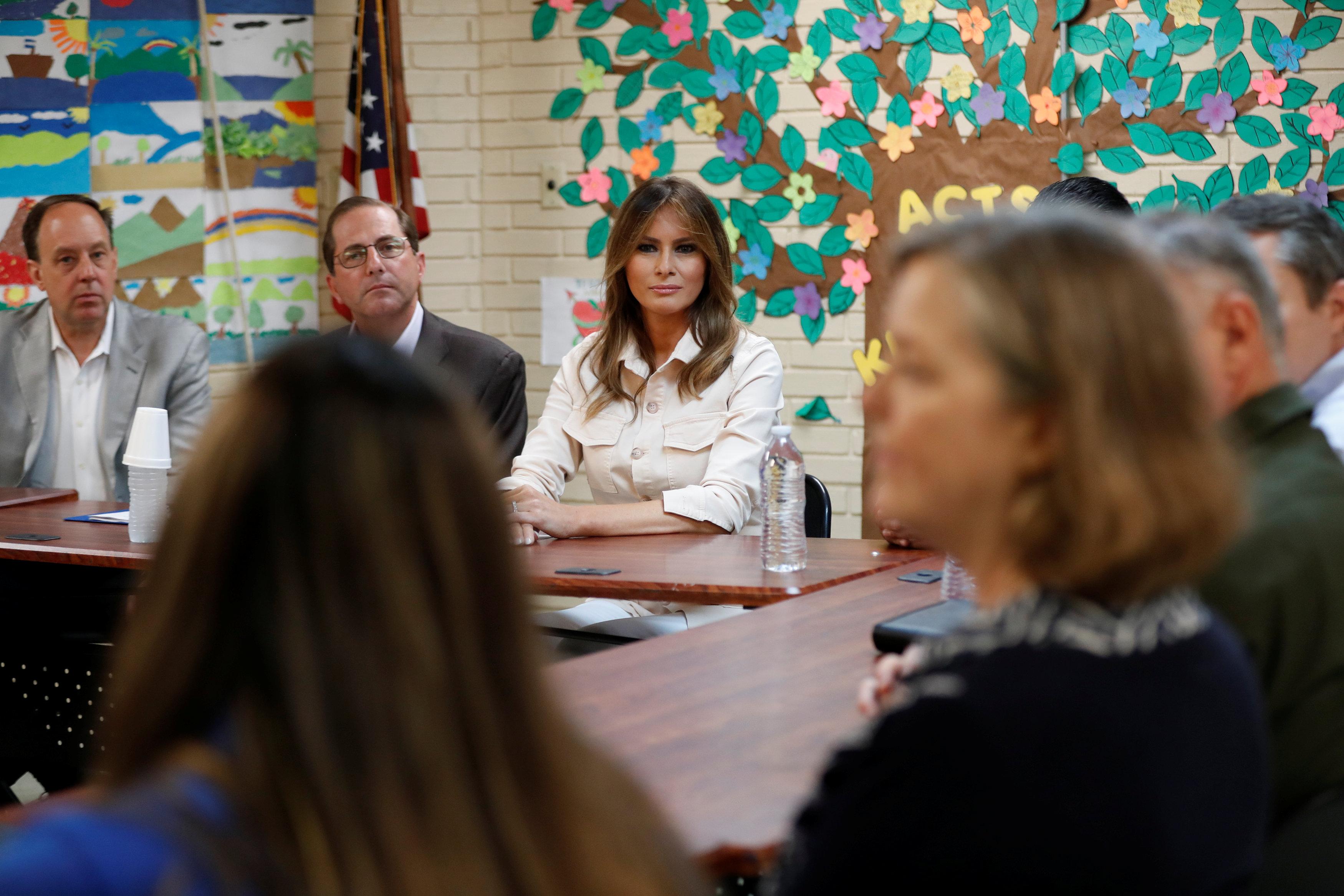 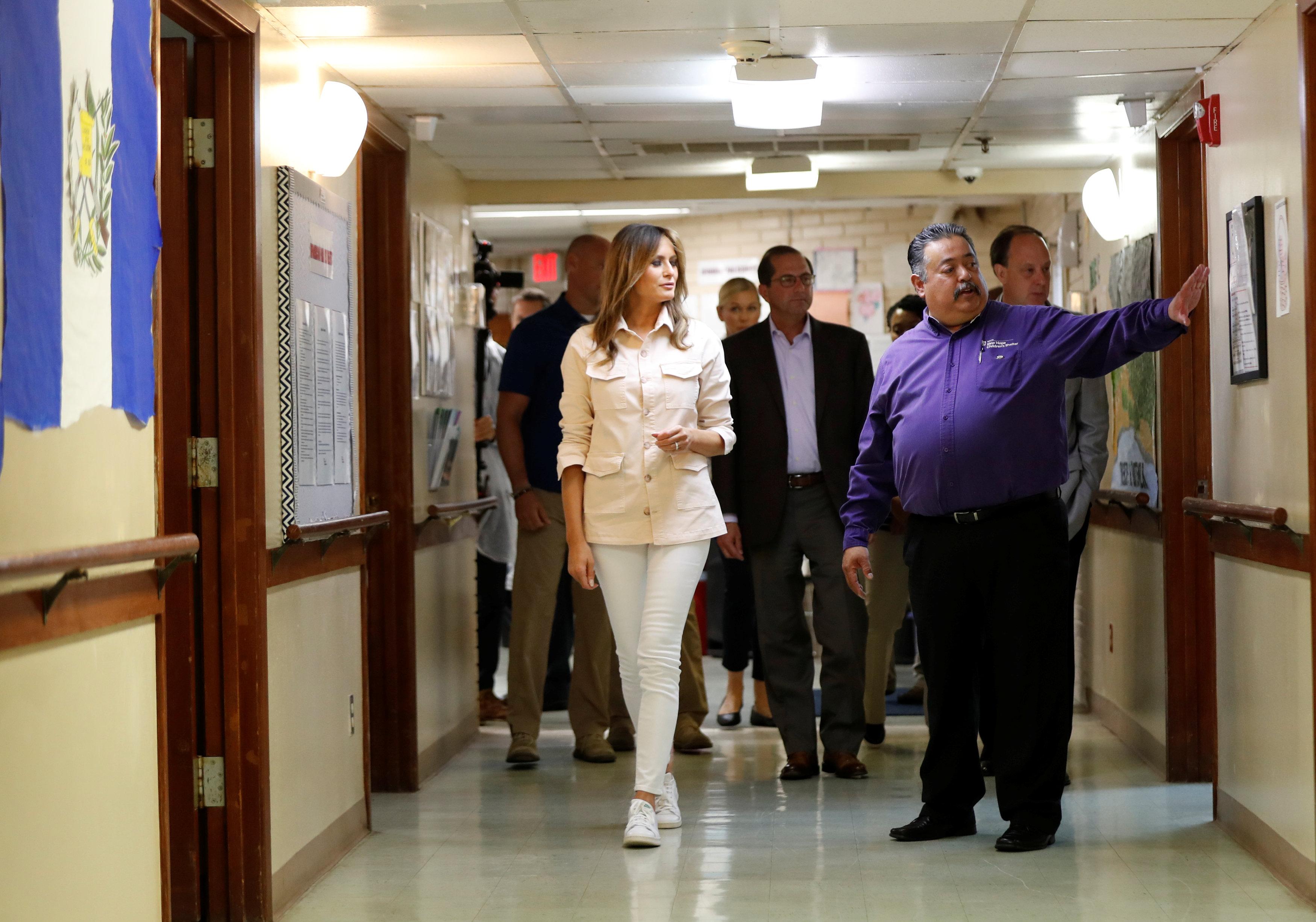 New Hope staff told her that the children are assessed for physical and mental health issues when they enter the facility and are often distraught.

They attend school five days a week and have a variety of activities.

Director Roy De La Cerda said: "We just have a tremendous passion for working with these children. We see them as our own."

Back in Washington, her husband spoke at length before a cabinet meeting, claiming that there was a “massive child smuggling industry”.

He added: “The human traffickers are making a fortune. It's a disgrace.”

His comments came 24 hours after he announced an end to his policy of separating children from their parents at the US border.