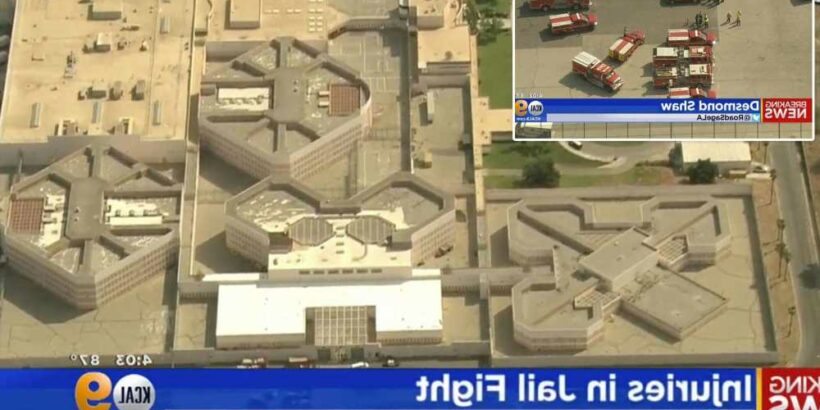 The altercation at the Pitchess Detention Center in Castaic began when a deputy was rushed by an inmate during a dorm check shortly after 3 p.m., according to The Santa Clara Valley Signal.

A number of inmates joined the fight before deputies and an emergency response team used pepper spray and control holds to keep the rioters at bay, the outlet said.

Initial reports of at least 30 injuries were premature, officials told the local paper.

“Most of the injuries were minor bruises and scrapes,” Deputy Shawn Dubusky reportedly said.

The detention center houses about 8,600 inmates, according to the LA County Sheriff’s Office.