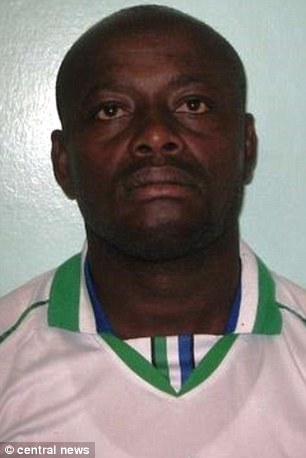 Mohamed Kamara, 47, raped a vulnerable mental health patient in her hospital bed after drawing the curtain around her on May 15, 2007 in a London facility

A mental health nurse who raped a vulnerable patient in her hospital bed has been jailed for 15 years.

Mohamed Kamara, 47, drew the curtains around him and patient and tried to feed her sleeping pills, Snaresbrook Crown Court heard.

After the incident he made the patient take a shower and changed the bedsheets in an attempt to destroy any DNA evidence.

He also tried to stop her reporting the crime when he saw the woman sobbing into her phone warning her: ‘I don’t want any trouble from you’

Judge Anesta Weeks told him: ‘It is hard to think of a more serious breach of trust than this.’

The court heard the agency nurse was working at a hospital in London run by Barts Health NHS Trust and was helping to provide 24 hour care for the woman.

At just after 3pm  in the middle of May, 2017, Kamara drew the curtain on the busy ward and gave her sleeping medication.

The victim pretended to take the medicine before Kamara began the attack with patients and doctors were only feet away.

She broke down in court as she told how he her: ‘I don’t want to have any trouble out of you.’

But the victim rang the police an hour later and Kamara’s semen was later found in her underwear. 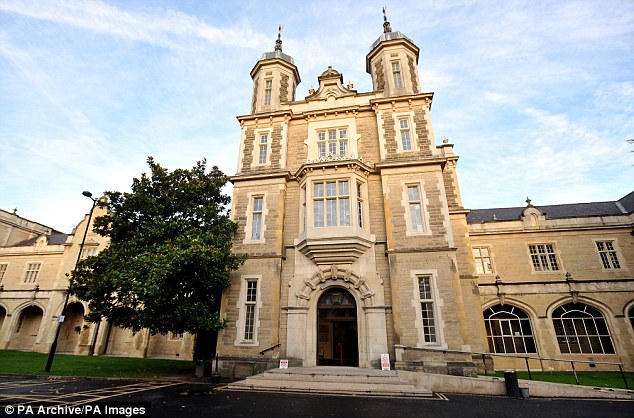 He maintains his innocence but is unable to explain the presence of his semen.

The judge said Kamara did posed a ‘significant risk’ to vulnerable women.

‘The victim in this case was extremely vulnerable,’ she said.

‘She was assigned you as a one-to-one nurse because of the combination of issues she has. 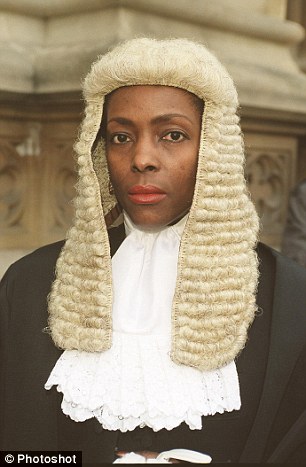 Handing down a 15-year jail term, Judge Anesta Weeks told him: ‘It is hard to think of a more serious breach of trust than this’

‘You did not approach her when you saw she was upset and on the phone because you knew exactly why she was upset: you had raped her.

‘There were other patients, doctors and visitors just metres away.

‘This was a rather bold and audacious attack by you in the middle of the day.

‘You are of previous good character but in this particular case, with the extreme vulnerability and abuse of trust, I will not give you credit for that.

‘I am satisfied you do pose a significant risk to vulnerable female members of public.’

Kamara from Bexley, southeast London, denied rape but was convicted by the jury.

A family member in the public gallery shouted ‘It’s not fair’ after the emotionless Kamara was led away.

Kamara is not eligible for parole for 10 years and was placed on the sex offenders’ register indefinitely.

Detective Constable Elli Amson, said: ‘Kamara deliberately preyed on a very vulnerable woman. He targeted her whilst employed in the capacity as a registered mental health nurse and this is a clear breach of trust and abuse of his position.

‘I would like recognition to be given to the victim who, in such awful circumstances, found the strength to disclose this traumatic event to her daughter and come forward, despite still remaining in the hospital where the offence took place. Her bravery is truly commendable.

‘If anyone has any further information regarding this male please contact the Metropolitan Police.’