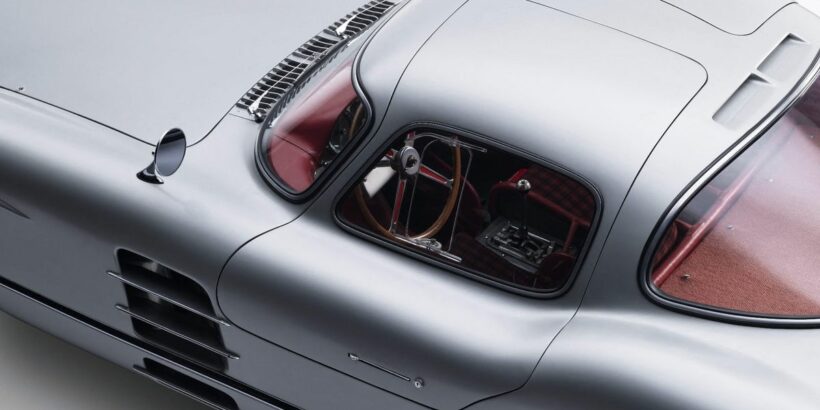 A vintage Mercedes-Benz 300 SLR Uhlenhaut, one of the rarest and most beautiful cars in the world has now become the most expensive.

The 1955 car – one of only two known examples in existence – was sold to a private collector through classic car auction company RM Sotheby’s. RM Sotheby’s said the vehicle’s incredible price puts it in the “top ten most valuable items ever sold at auction in any collecting category”.

The other Uhlenhaut is expected to remain in the Mercedes corporate car museum.

Car expert Simon Kidston told The Times that it’s a surprise that Mercedes decided to part with the car.

“It had always been assumed that Mercedes would never part with one of the crown jewels of its company collection,” he said, adding that the Uhlenhaut was considered “the Mona Lisa of cars because of its rarity, racing pedigree, beauty and unavailability”. The design of the 300 SLR Coupé was based on the W196 R Grand Prix race car, which helped Argentinian racing legend Juan Manuel Fangio win two Formula 1 world championships in 1954 and 1955 .

The car takes its name from London-born German engineer Rudolf Uhlenhaut, who designed the car along with several other classic Mercedes.

Uhlenhaut, who remarkably never owned a car of his own, joined the company in 1931 and apart from a break during World War Two stayed with Mercedes until his retirement in 1972.