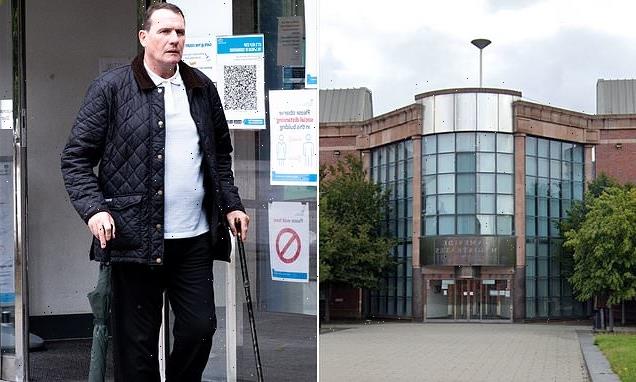 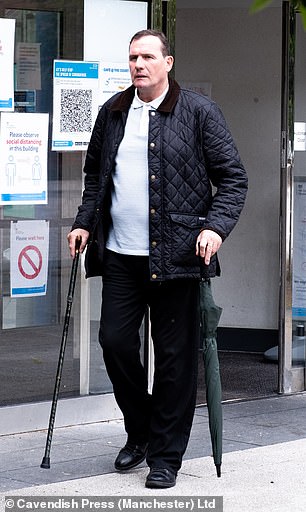 John Staunton, from Rochdale, was caught almost three times over the alcohol limit

A Mercedes driver who was caught almost three times over the alcohol limit has claimed he is teetotal and mistakenly downed four pints of vodka mix thinking it was lemonade.

John Staunton, from Rochdale, Greater Manchester, said he assumed the drink he had been given at a party was alcohol free – but several hours later police found him slumped over the wheel of his car.

The 57-year-old was so drunk he could barely speak or unlock the driver’s side door and began ‘flailing his arms’ when asked to produce his driving licence and take a breath test.

The father-of-two, who claims to have been abstinent for ten years, initially failed to provide two roadside tests but later at the police station he blew 102 micrograms of alcohol in 100 millilitres of breath. The legal limit is 35mg.

Staunton, who said he had no recollection of the night and ‘woke up in the police station’, urged JPs at Tameside Magistrates Court not to ban him from driving – claiming he had not ‘knowingly’ drunk alcohol.

He was spared imprisonment but was instead disqualified for two years and ordered to be electronically tagged for four months as part of a 6pm-6am curfew.

Staunton was also ordered to pay £495 in costs and surcharges.

The incident occurred at 12.15am on February 10 after police spotted Staunton’s Mercedes stopped in a filter lane near a roundabout.

In a statement one of the officers named as PC Ryhan said: ‘It was causing an obstruction and I pulled up to the side of the vehicle to speak to the driver.

‘I originally thought it was broken down and I saw a white male and loud music was coming out of the car.

‘I shouted to the driver to put the window down but he didn’t respond at first so I got out of the car and tapped on the driver’s window. The male appeared intoxicated and confused, and I asked him to open his door.

‘The driver started looking around for the unlock button and I then heard the music coming from the car getting louder. 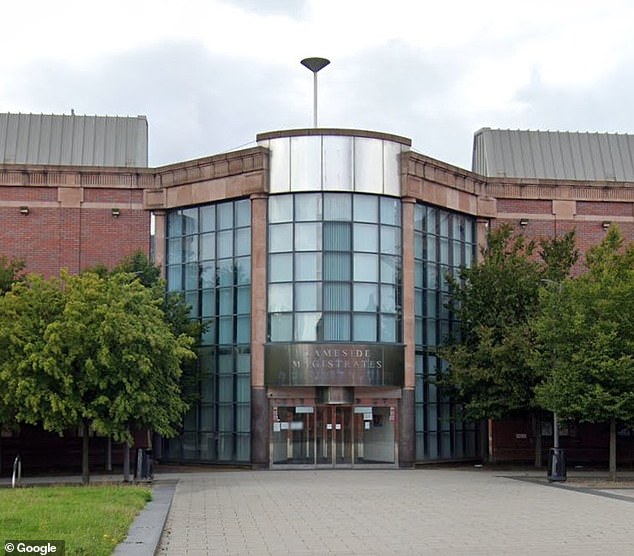 Staunton, who said he had no recollection of the night and ‘woke up in the police station’, urged JPs at Tameside Magistrates Court (pictured) not to ban him from driving – claiming he had not ‘knowingly’ drunk alcohol

‘After asking a few more times, and tapping on the window to unlock the door, the driver finally found the unlock button opened the vehicle door, and I could smell alcohol.

‘I turned the vehicle off and the driver was extremely incoherent. I asked him what his name was but he wasn’t speaking much, and when he did respond, he was slurring his words. It was difficult to make out what he was saying.

‘He started looking for the licence in his wallet and while looking, I saw it was behind his bank card. But the defendant wouldn’t allow me to show him where it was and he told me to “get off”.

‘I asked the male for a sample of breath but he provided two insufficient samples. He was warned he would be arrested for failing to provide a sample and he began flailing his arms around and became abusive, stating: “I will do it again.”

‘It was not obvious what he meant, but I believed it was he would drive under the influence again.’

Staunton told the hearing he had visiting the home of a friend and when asked how clear his recollection was of that night he replied: ‘I woke up in the police station.’

He added: ‘Earlier I was on my way to a petrol station when I thought I will pop in to see Chris Conner – a friend I hadn’t seen for a while. I just popped in to say “hello” and his mate gave me a drink of what I thought was lemonade in a pint glass.

‘Chris and everyone else knows I don’t drink and I haven’t drunk for nearly ten years intentionally. I’m on medication and I’m severely disabled in my leg. I drank it in the house and just assumed it was lemonade.

‘After that, it’s a bit hazy and I really do not know anything. I would never put my licence at risk. My car is my lifeline. I had no idea there was vodka in the lemonade.’

Mr Conner told the hearing: ‘I had a couple of friends at my house. We were drinking vodka and cream soda in pint glasses and I said to John “do you want a drink?”

‘Someone just made him a drink in a pint glass and it just looked like a pint of cream soda.

‘He drank three to four glasses then seemed to get happier, a bit more lively. I realized then he had been drinking and took him into the front room and put him on the couch and went to bed. But the following morning, the car wasn’t there and I heard from him what happened a day or two later when he rang me.’

Prosecutor Adam Bonney said: ‘Cream soda and lemonade are not the same. They can’t be mistaken and you know when a drink has alcohol in it.

‘Even when mixed with vodka, you can tell there is alcohol in a drink. The findings of the reading was 102. He must have known there was alcohol.’

But defence lawyer Adrian Palmer said: ‘He went to his friend’s house and given a pint of drink, which he thought was cheap lemonade or cream soda.

‘He didn’t know that there was alcohol in it. After that first drink, he doesn’t remember anything until he was at the police station. He has been as candid and as open as he can.

‘He is remorseful for his actions and devastated at this lapse. He has remained abstinent from alcohol for the last ten years. He may well have been given three to four more glasses, but he doesn’t know.’

Staunton was also ordered to pay £495 in costs and surcharges.