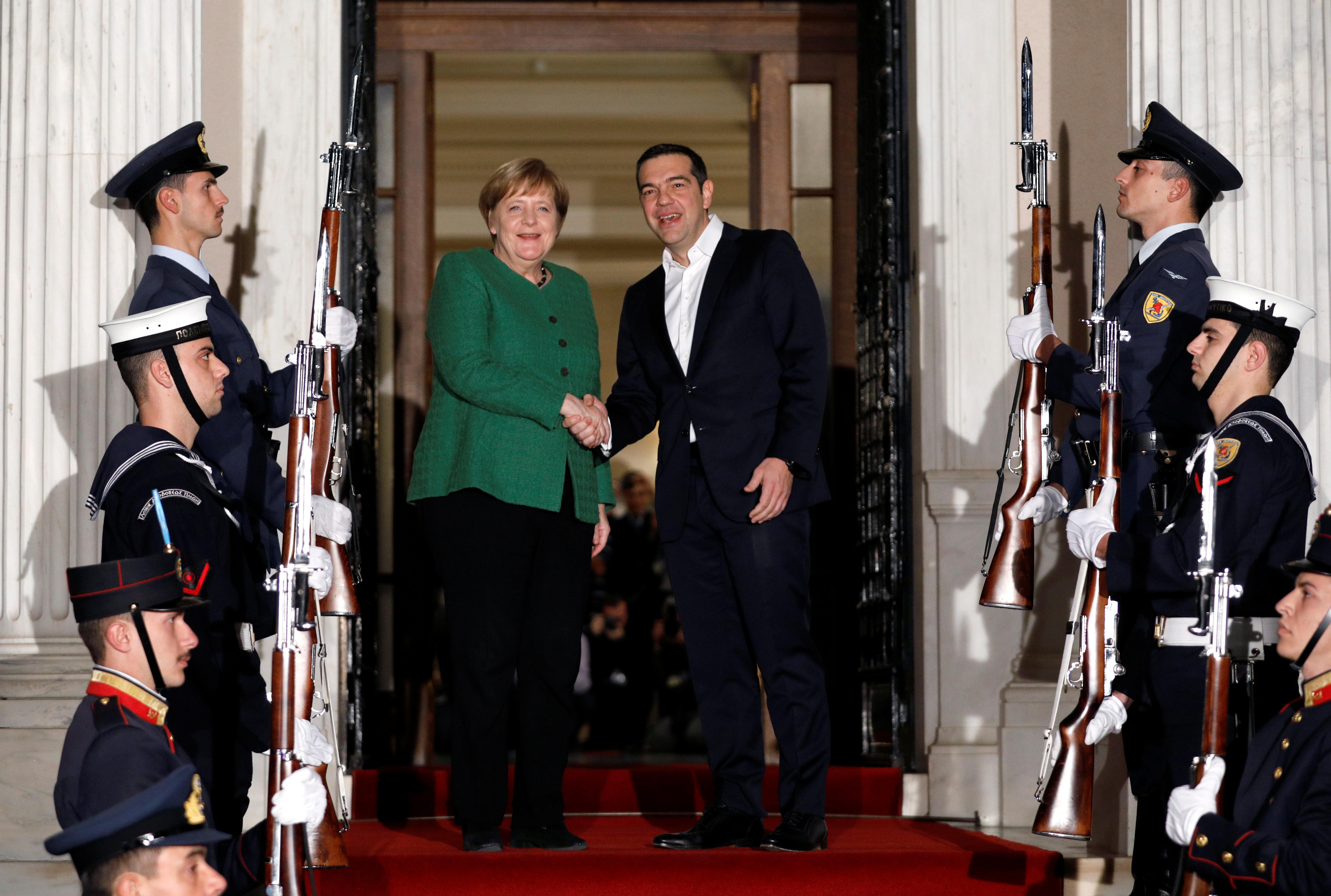 ATHENS (Reuters) – German Chancellor Angela Merkel commended Greece on Thursday for entering “a new era” after it exited its third bailout program, and said it must continue pushing ahead with reforms.

She also said, after meeting Prime Minister Alexis Tsipras in Athens, that she expected Greece would be able to return to financial markets and that Germany supported those efforts.

“I’m particularly happy to see that the situation has changed so much, unemployment has fallen…,” she said through an interpreter.

“Of course it is not the end… of a period of reforms, but the beginning of a new situation.”

Greece emerged in August from the stranglehold of international bailouts, which included a decades-old austerity drive Greeks widely blamed on Berlin.

Some supervision by the European Union continues, to ensure the country does not backtrack on reform efforts.

Leftist Tsipras, elected on a platform of reversing austerity in 2015 only to yield to a third bailout months later, also said Greece had turned a page.

“Today you are coming to a different Greece,” he told Merkel. “We both went through difficult moments… but we managed to find… solutions to overcome the challenges.”

A couple of hundred demonstrators clashed with police on the fringes of a security perimeter. Police used teargas to disperse them, a Reuters witness said. But the visit was largely peaceful compared to the violent protests of the past.

Can a 'Fertility Diet' Actually Improve Your Chances of Getting Pregnant? Single mother left in £30,000 of debt by gambling addict ex-husband