Merseyside Police and Liverpool city council came under fire after posting a video online as part of a Citysafe campaign that urged “friends to look after each other on a night out”. 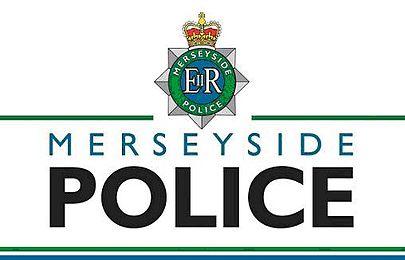 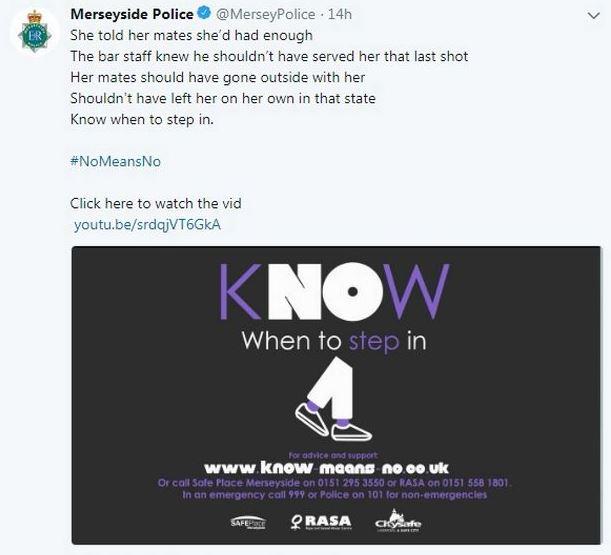 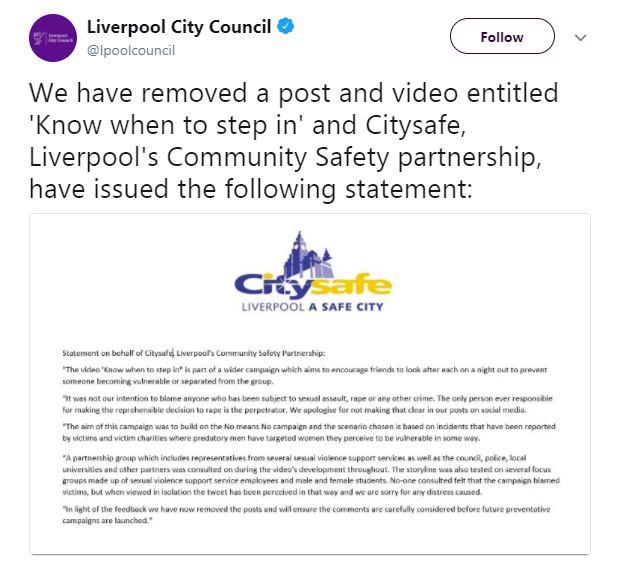 Titled Know When To Step In, it played through the scenario where a woman “told her mates she’d had enough” and “the bar staff knew they shouldn’t have served her that last shot”.

It says: “Her mates should have gone outside with her. Shouldn’t have left her on her own in that state. Know when to step in.”

The local authorities said it was based on survivors who reported that “predatory men have targeted women they perceive to be vulnerable”. But Jo Wood, from Merseyside Rape and Sexual

Abuse Centre, said the message should have put the “focus of blame on the rapist”.

She said her organisation did not support the message that “if your friends did not stop you going outside, then it’s their fault you got raped”.

The council and police deleted tweets and apologised.