The Met Office has put into force four yellow weather warnings across England and Scotland, with a further four floods warnings and 24 flood alerts issued by the Environment Agency. Two of the weather warnings are in place across southern parts of England and Wales from 4am on Saturday morning, with up to 70mm of heavy rain and gusts of up to 80mph forecast. The torrential rain and gales will bring a threat of floods, flying debris and transport cancellations, according to forecasters.

The Met Office state: “There is a small chance of injuries and danger to life from flying debris as well as from large waves with beach material being thrown onto sea fronts, coastal roads and properties.

“There is a slight chance of some damage to trees and buildings, such as tiles blown from roofs.”

Widespread showers and strong winds has triggered two further warnings from 6am across northeastern parts of Scotland, with the risk of road flooding.

Coastal areas in the south of England are expected to see the worst of the conditions. 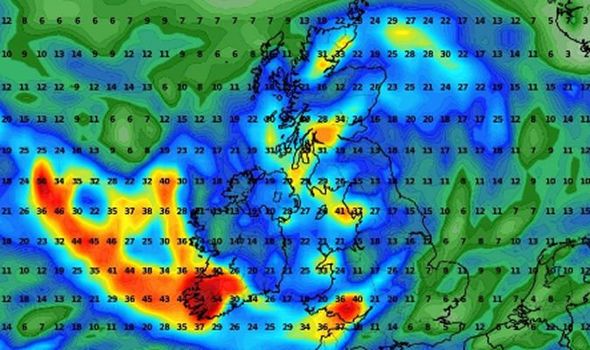 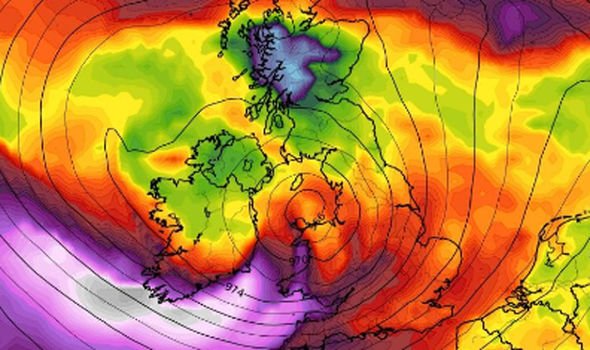 The Met Office wrote on Twitter: “Gusts of 55-60 mph will be likely inland with 70-80 mph possible in exposure.

“Coastal impacts could also be seen from over topping wave.”

Mr Claydon added: “But a front of low pressure will bring heavy rain to the west on Saturday. 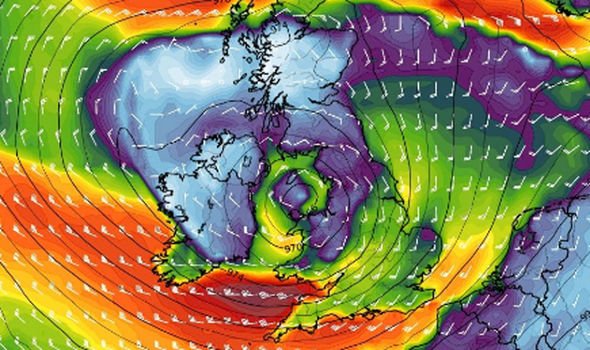 “That band of rain is likely to stretch from Cheshire, into Wales and maybe south England.”

Met Office forecaster Grahame Madge said: “The strongest winds will probably be around 70mph and along the channel coast and areas like the Isle of Wight.

“We’re looking at 60 to 70mm worth of rain in some isolated areas, and 30 to 40mm quite widely. As always there is a risk of localised flooding.” 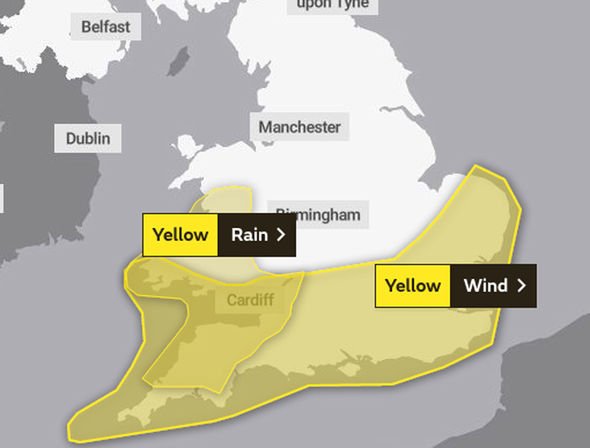 The strong gales will bring a chilly breeze with highs of just 12C.

Mr Finnis said: “A deep low moving across Ireland in the early hours of Saturday will then track northeast towards northern England by the afternoon.

“With the low will be a swirl of heavy rain or showers and strong winds wrapping around the centre and moving north and east across England and Wales, so it’ll turn wet and windy across many areas, with gales across the south. 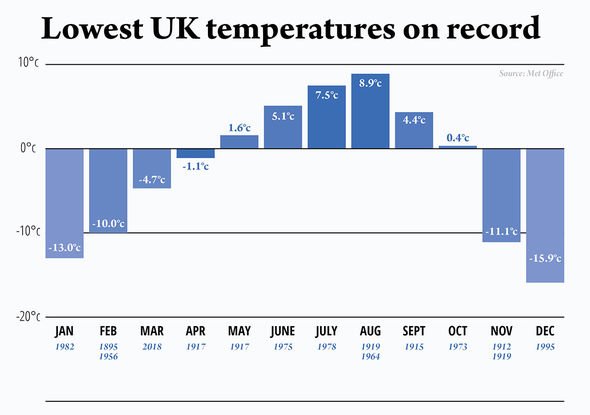 “Heavy rain across the west falling on already saturated ground and escaping into watercourses still high from heavy rain last weekend will mean there is a risk of flooding returning.

“Also there is a risk of gales across southern areas, with gusts of 50-60mph possible inland, perhaps 70mph over coasts and hills.”

Further showers will persist on Sunday some of which will be heavy in Scotland, Wales and southwest England.