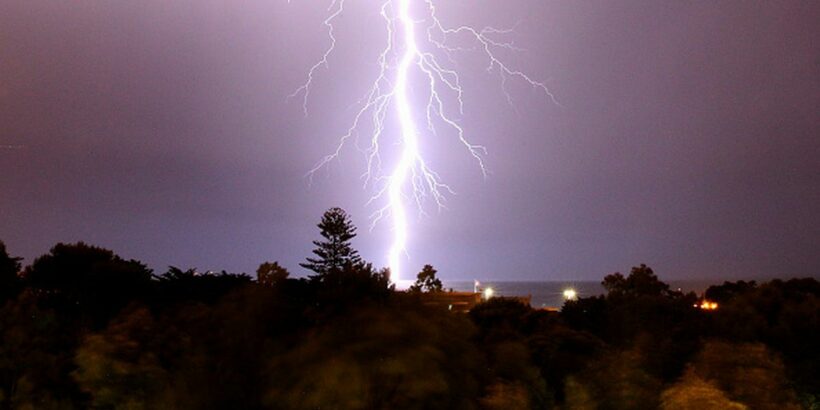 A series of weather warnings have been placed across the UK as Brits brace themselves for horrifying thunderstorms.

The Met Office issued the the amber and yellow warnings ahead of the severe weather, which will see torrential downpours, flooding and travel disruption follow the current heatwave.

An amber warning has been given to Northern Ireland from late this afternoon (August 14), while Scotland has also been hit with a yellow warning at the same time.

Most of the rest of the UK will be hit from late Monday morning.

And Met Office Deputy Chief Meteorologist Jason Kelly said: “The current hot weather will make way for a thundery breakdown from the west, which will spread south and east in the early part of next week.

"Ahead of this, isolated but intense thunderstorms are possible Sunday, Monday and Tuesday.

"Hail and frequent lightning are also possible as part of these downpours and represents an additional hazard.”

Despite the promise of intense rain, some parts of the UK still remain under drought warnings, with several week's worth of intense downpours needed to make up for the loss of water experienced in the last few weeks.

Manchester appears to be the focal point of Monday's downpours, with flooding a real risk, as well as lightning strikes and hail storms taking place from early on Monday morning.

The Met Office has also warned that there is a slight chance that power cuts could occur and other services to some homes and businesses could be lost.