Met Office weather warnings are currently live for parts of the UK, as the country struggles under cold and blustery conditions. This week, forecasters have issued several yellow warnings for the country, as fog, rain and floods threaten to cause chaos.

The Met Office has issued warnings for the UK starting on Wednesday, December 4 this week.

On Wednesday, the Met Office has warned fog may become dense across parts of east and south England, especially around London, Brighton and Salisbury.

The warning for fog is in place from 4am on the day, and is expected to last until 11am, causing possible delays to bus and train services.

The Met Office also warned there is a chance flights may be delayed or cancelled due to visibility. 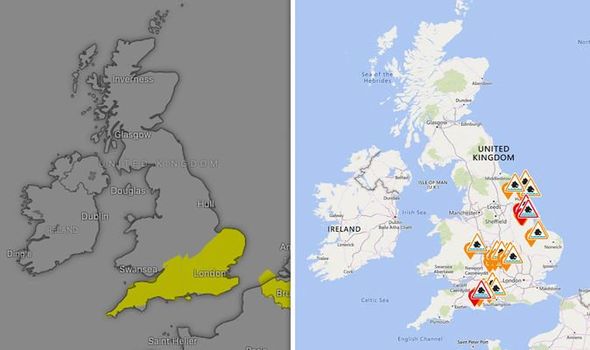 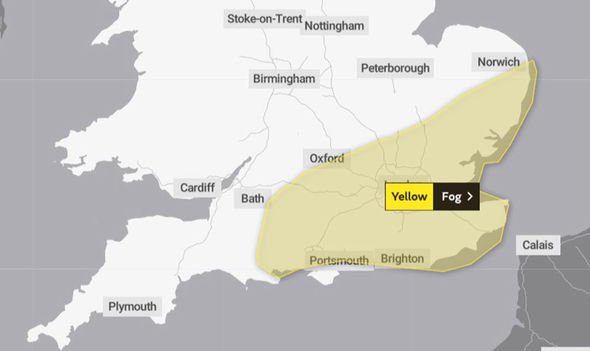 The Met Office has released a separate yellow warning for rain this week, which is in place around Scotland.

According to the weather forecasters, “persistent heavy rain” and showers could cause localised flooding or travel disruption to the west of Scotland, from Inveraray to north of Ullapool.

According to the Met Office, rain in the warning area will be accompanied by heavy winds, with gusts at times pushing 55 to 65 mph. 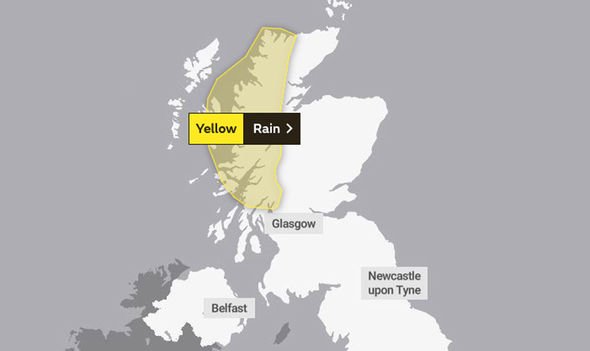 They said: “Blustery showers will turn to more persistent rain on Thursday morning, turning heavy at times and continuing for the rest of the day.

“The rain will be accompanied by gale force southwesterly winds, with potential for gusts of 55-65 mph around coasts and hills.

“The rain will turn more showery overnight though further heavy and prolonged showers are likely on Friday morning.

“40-60 mm of rainfall is expected widely across the warning area, but nearer 70-80 mm over the West Highlands and a few prone mountain locations could exceed 100 mm within a 30 hour period.” 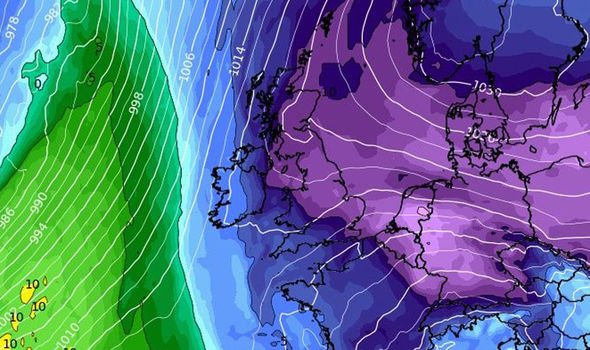 “The showers will become more scattered by Friday afternoon, by which time the winds will also have eased.”

As rain threatens to lash parts of the country, the Environment Agency has also released a chain of flood warnings.

According to the agency, 23 locations in the UK could feel the adverse effects of flooding today.

The Environment Agency flood warnings are in place for the following areas:

The remaining 20 alerts can be viewed on the Environment Agency website, along with advice on what to do during a flood.