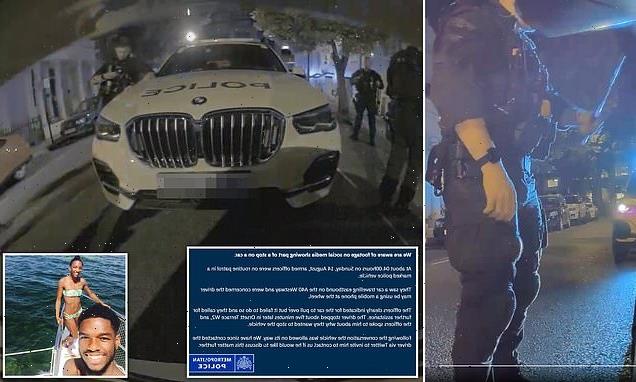 The Met has said its officers thought a black sprinter was ‘using a phone at the wheel’ after they subjected him to an ‘aggressive’ traffic stop – two years after a ‘racially profiled’ stop and search.

Ricardo dos Santos, 27, was driving home in his Tesla on the A40 in London early yesterday morning when he was stopped by a group of armed police. The Portuguese athlete claims it was surrounded by ‘at least’ seven officers.

Footage shows one of the armed officers banging on the window before unfurling his collapsible baton. Dos Santos claims the man was ‘aggressive’ and was ‘ready to smash the glass’.

After speaking to him, the officers let Ricardo go on his way without facing further action.

Mr Dos Santos said the incident showed that ‘nothing had changed’ two years after he was pulled over with his partner, Bianca Williams, and their child.

Following Sunday’s incident, Scotland Yard said they pulled over Ricardo in his £57,000 car because they thought he was using his mobile.

A spokesman said the armed police were on a ‘routine’ patrol when they saw Ricardo and were ‘concerned’ he may have been using his phone at the wheel, so asked him to pull over.

They said they called for back up after he failed to pull over as requested for five minutes, but the sprinter claims he stopped as soon as it was safe to do so. 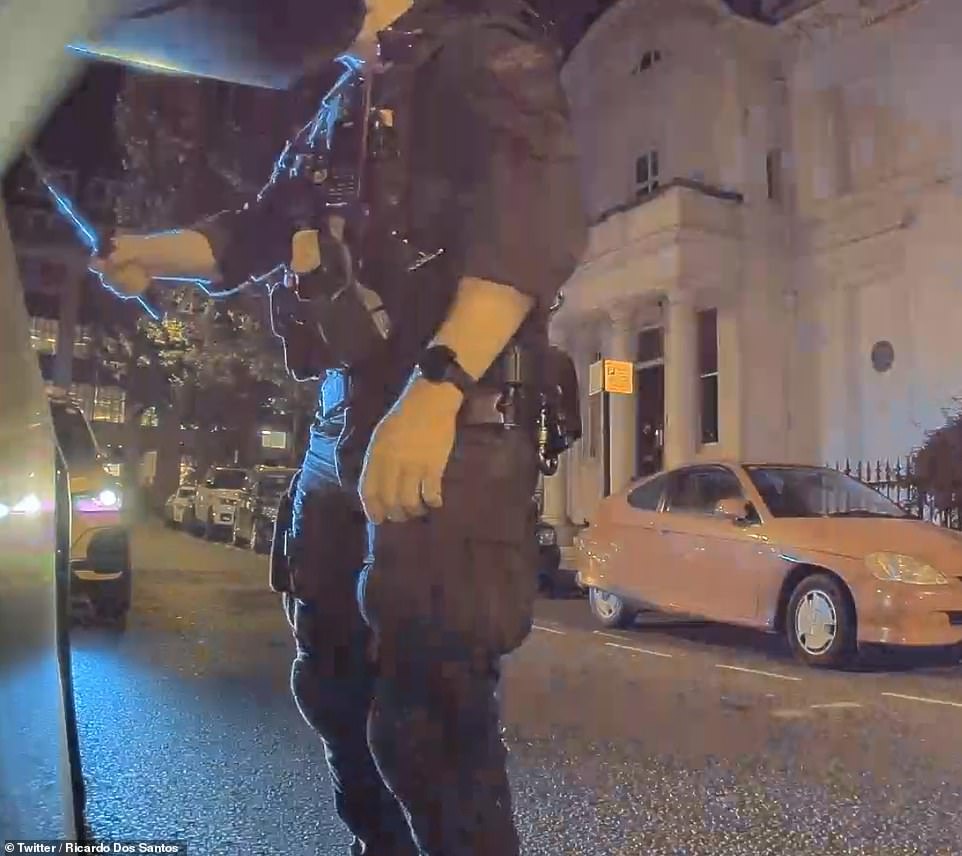 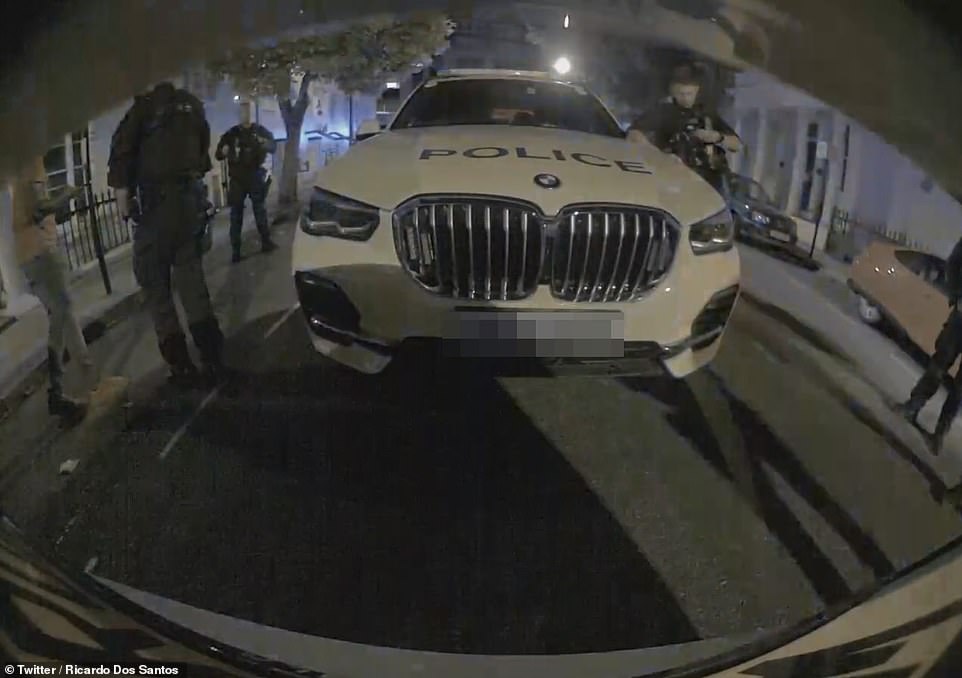 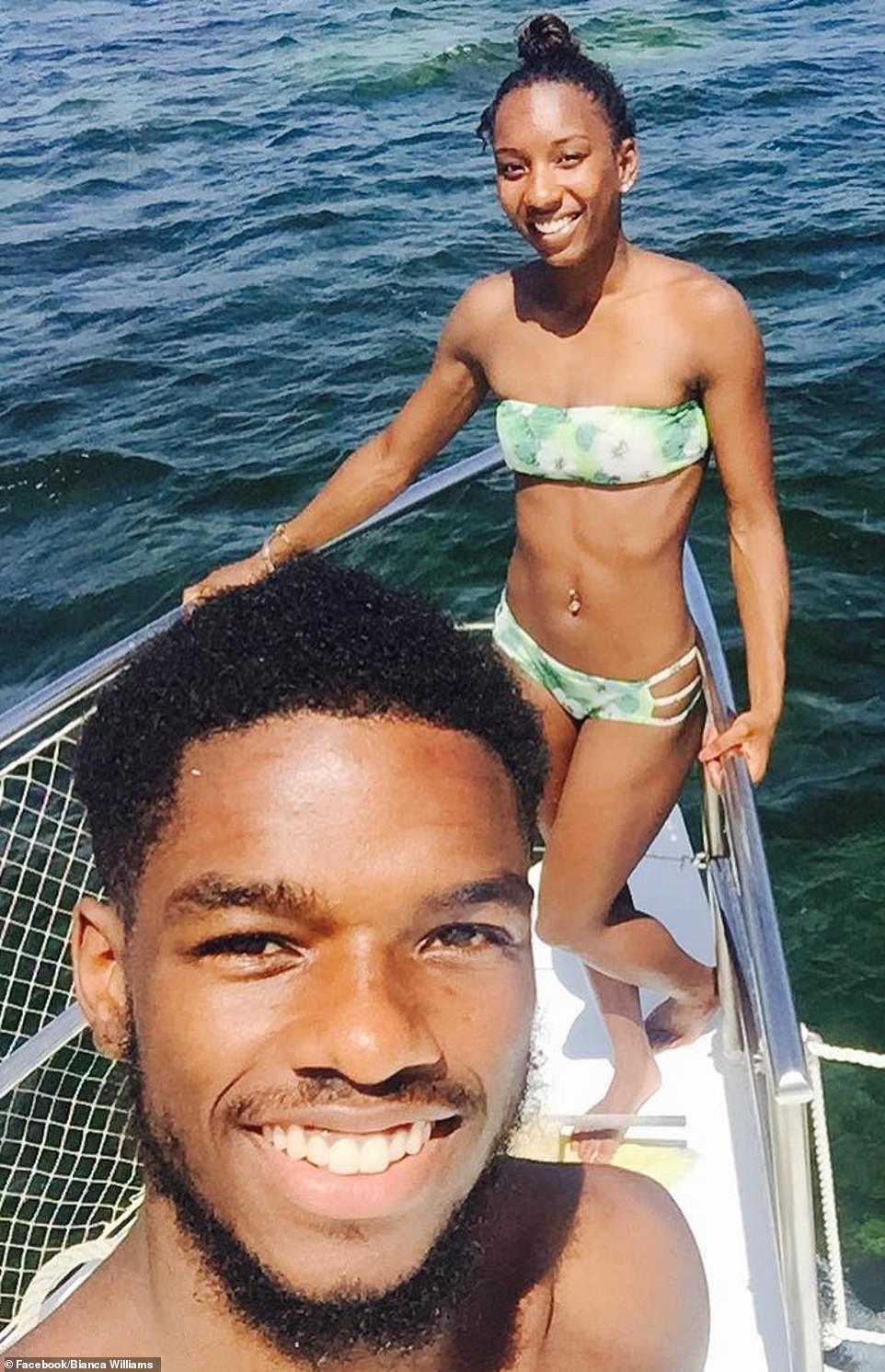 The athlete added that ‘nothing had changed’ two years after he was pulled over with his partner, Bianca Williams (pictured), and their child 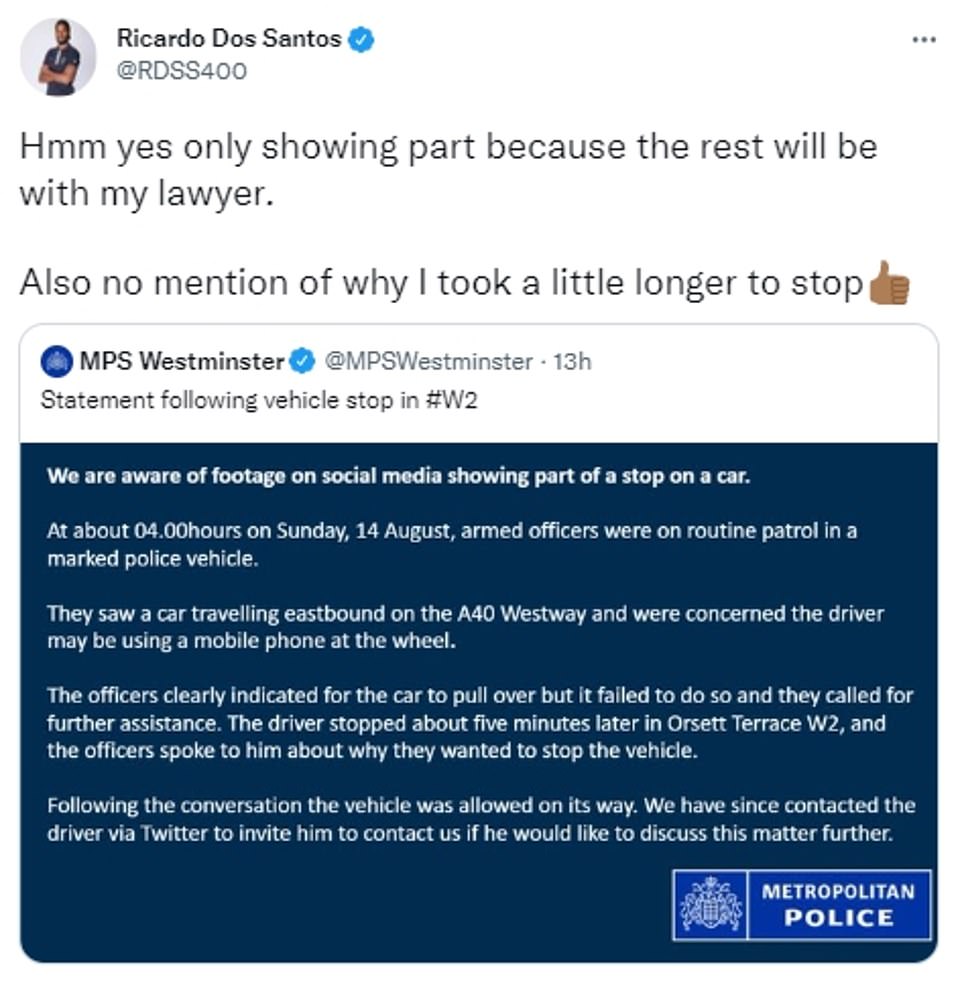 Mr Dos Santos replied to the Met statement: ‘Hmm yes only showing part because the rest will be with my lawyer. Also no mention of why I took a little longer to stop’

In July 2020, footage of Ms Williams and Mr Dos Santos being searched and handcuffed was widely shared on social media, with Ms Williams later accusing the police of racially profiling them.

After the search, details of the couple’s three-month-old baby were also stored on a police database called Merlin, used to record information on children who become known to the authorities.

In April, police watchdog body the Independent Office for Police Conduct (IOPC) said an acting police sergeant and four police constables will all face a gross misconduct disciplinary hearing over the incident.

In response to the incident on Sunday, the Met said: ‘We are aware of footage on social media showing part of a stop on a car.

‘At about 04.00hours on Sunday, 14 August, armed officers were on routine patrol in a marked police vehicle.

‘They saw a car travelling eastbound on the A40 Westway and were concerned the driver may be using a mobile phone at the wheel.

‘The officers clearly indicated for the car to pull over but it failed to do so and they called for further assistance. The driver stopped about five minutes later in Orsett Terrace W2, and the officers spoke to him about why they wanted to stop the vehicle.

‘Following the conversation the vehicle was allowed on its way. We have since contacted the driver via Twitter to invite him to contact us if he would like to discuss this matter further.’ 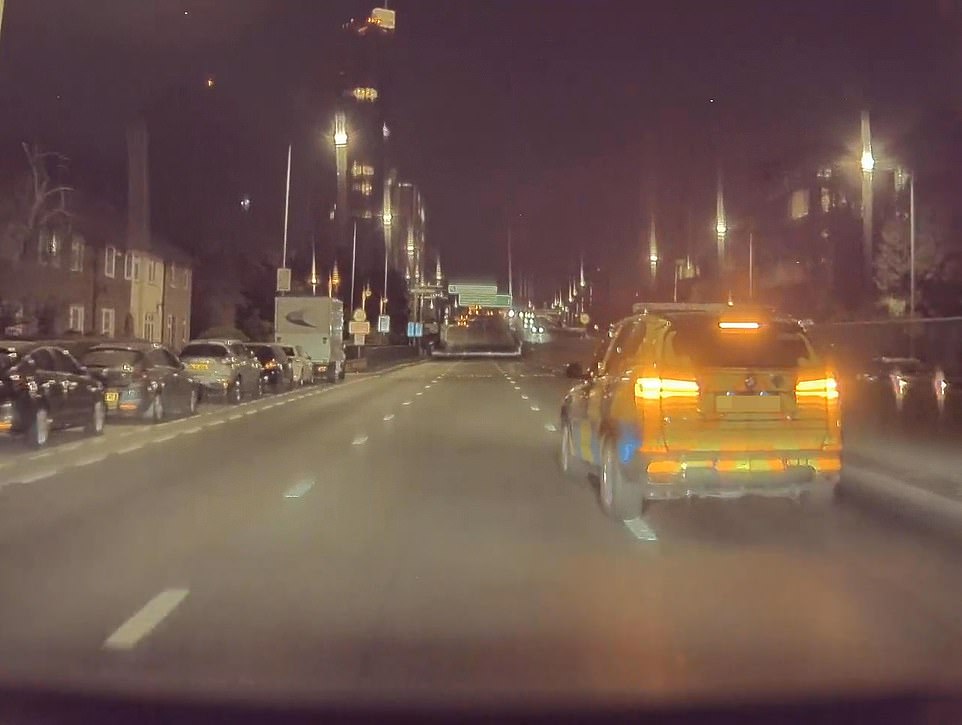 Mr Dos Santos replied, adding: ‘Hmm yes only showing part because the rest will be with my lawyer. Also no mention of why I took a little longer to stop’.

He said in a series of tweets: ‘Not surprised I had to go through this again.’

‘Whilst driving home last night seven armed @metpoliceuk officers stopped me because they thought I was on my phone whilst driving. At their request I pulled over when safe to do so.

‘After I stopped two officers ran towards either side of the car, one fist clenched, banged on my window and tried opening the car door.

‘Not knowing how to use a Tesla handle he took out his baton out of frustration ready to smash the glass.

‘Annoyed that two years down nothing has changed but they still manage to over police. Why do seven armed officers need to be present when I was alone. Two or three max would of been enough.’

Mr Dos Santos later said he had only shared part of the footage on social media as the rest is with his lawyer. 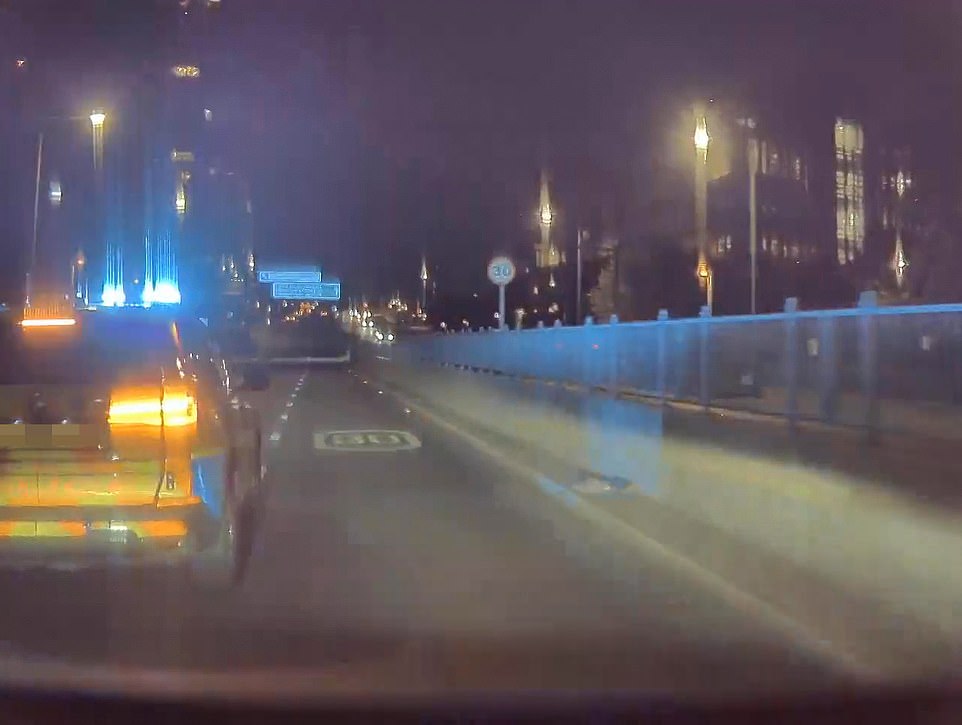 In response to the incident on Sunday, the Met confirmed that the stop took place as they were ‘concerned the driver may be using a mobile phone at the wheel’. Pictured, footage captured by Mr Dos Santos 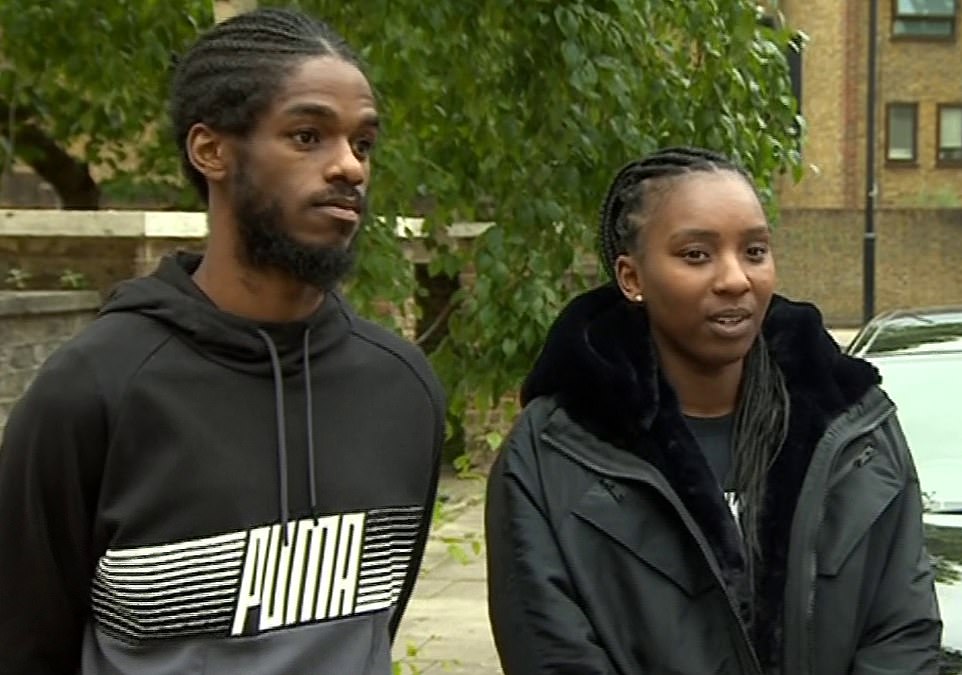 Mr Dos Santos and Ms Williams pictured during an interview with the BBC following the first incident in Maida Vale, west London, on July 4, 2020