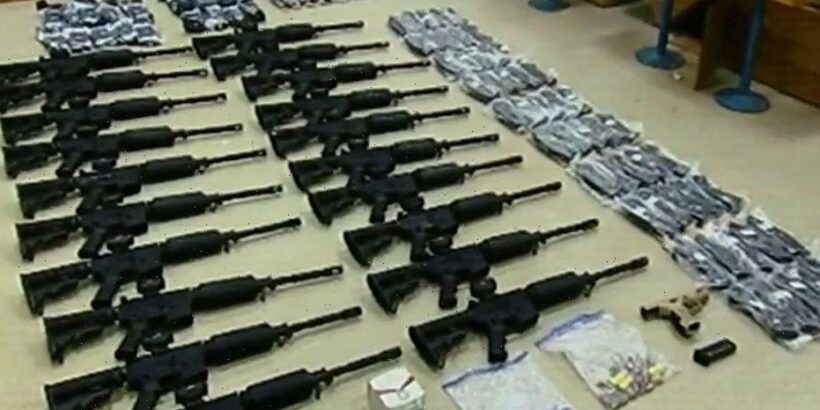 ‘Come see it for yourself’: Fox gets an exclusive inside look at cartel operations

Lt. Christopher Olivarez, Texas deputy of public safety, gives ‘America’s Newsroom’ an exclusive inside look at how cartels operate along the U.S.-Mexico border.

Gonzalez was arrested in 2020 when she traveled to Washington, D.C., to attend the trial of her brother Ruben, aka “El Menchito,” who is facing drug and weapons charges. She has been in jail for the past 15 months.

The six businesses – which include a tequila brand, sushi restaurant, and advertising company – were designated for providing “material support to the narcotics trafficking activities of the [Cartel de Jalisco Nueva Generacion].”

Her father, El Mencho, is the head of that cartel, according to the Department of Justice.

The U.S. government is currently offering a $10 million reward for information leading to the arrest of El Mencho, one of the largest rewards ever offered.

The DOJ describes Cartel de Jalisco Nueva Generacion as one of the most powerful drug cartels in the world due to its “disciplined command and control, sophisticated money laundering techniques, efficient drug transportation routes, and extreme violence.”