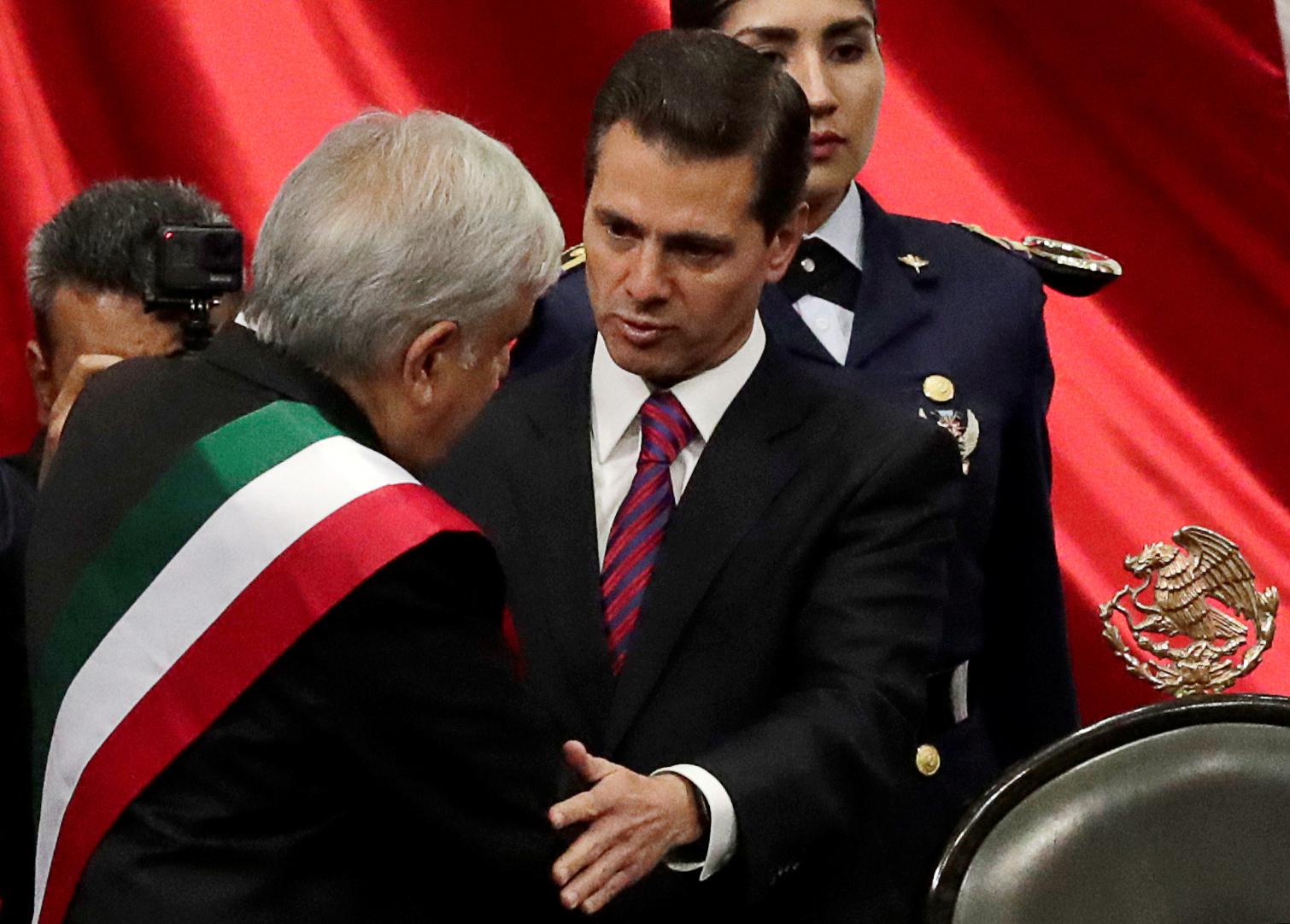 MEXICO CITY (Reuters) – Mexican President Andres Manuel Lopez Obrador said on Wednesday that his predecessor, Enrique Pena Nieto, is not under investigation in a probe into suspected corruption that has ensnared one of Pena Nieto’s former cabinet ministers.

Prosecutors have accused Robles of “improper exercise of public service.” She denies any wrongdoing.

However, allegations that more than 5 billion pesos ($254 million) went missing from Robles’ ministry on her watch have raised questions about what Pena Nieto and others knew.

After offering some reflections on the Robles case at his regular morning news conference, Lopez Obrador was asked by a reporter whether there was any sign of an investigation against Pena Nieto, and he replied: “No, there isn’t.”

Robles was once a political ally of Lopez Obrador when the two belonged to the Party of the Democratic Revolution (PRD), a leftist grouping that Lopez Obrador later quit.

Asked to comment how he felt about her case, Lopez Obrador said he did not want to offer a “direct, personal” opinion.

“What I can say is that all this should give pause for reflection about the importance of principles, of ideals, of not being led into the temptation of seeking power for power’s sake or money,” said the president, calling the matter “very regrettable.”