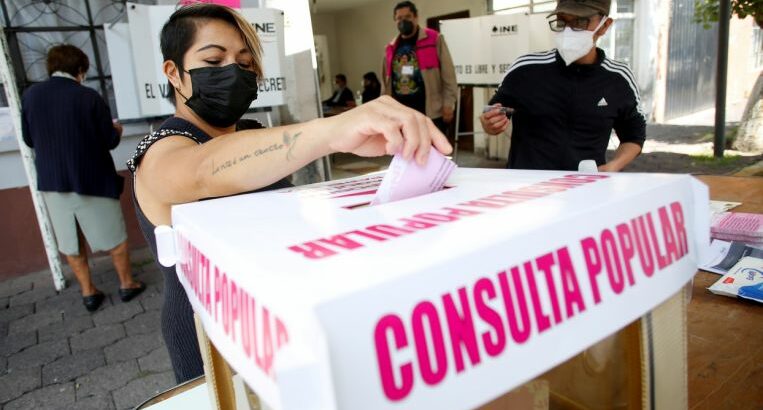 MEXICO CITY (REUTERS) – A referendum backed by President Andres Manuel Lopez Obrador on whether to investigate Mexico’s former political leaders has fallen short of the required turnout though it had overwhelming backing from those who voted, initial results showed on Monday (Aug 2).

Mexico’s National Electoral Institute said that, according to a preliminary count of nearly 99 per cent of ballots, 97.7 per cent of participants supported the proposal of putting the decisions of previous political leaders under investigation.

Still, turnout for the referendum was just over 7 per cent, far below the 40 per cent threshold set to make it binding.

Speaking at his regular news conference, Mr Lopez Obrador said he was pleased with the outcome, arguing it marked the start of a practice that would become a “habit” for Mexican voters.

He added that he would press ahead with plans to hold a referendum in March on whether he should stay in office until the end of his term, which is due to conclude on Sept 30, 2024.

Mr Lopez Obrador has used plebiscites to overturn decisions by past governments, including major infrastructure investments such as a partly built new Mexico City airport.

Sunday’s referendum asked voters to reject or back “a process of investigation of political decisions taken in past years by political actors” that would be aimed at “guaranteeing justice and the rights of possible victims”.

Mr Lopez Obrador originally wanted the referendum to ask voters if they wanted the former presidents to be prosecuted, but Mexico’s Supreme Court ordered a broader formulation of the question to protect due process and the presumption of innocence.