British rapper who has long supported WikiLeaks founder tells Al Jazeera why she thinks UK, US are wrong to pursue him. 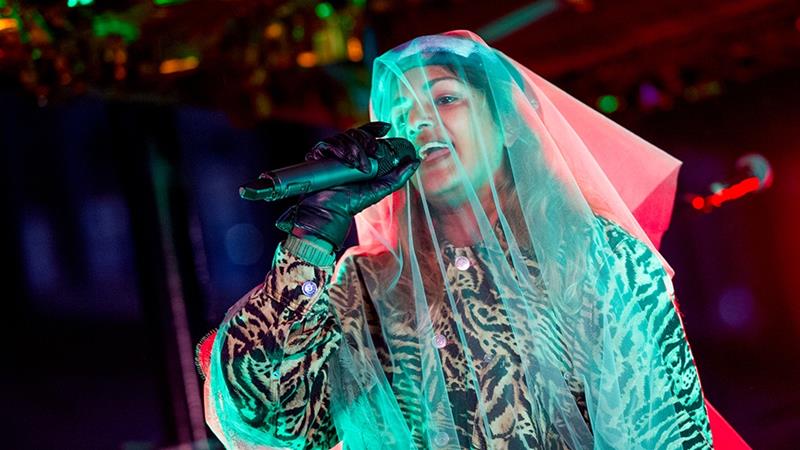 London, United Kingdom – British rapper MIA has condemned the imprisonment of Julian Assange, saying the UK should appreciate the whistleblower as an asset while the US is wrong in its attempt to have him extradited.

Speaking to Al Jazeera on Wednesday by phone, after a protest event on Tuesday evening held in support of the WikiLeaks founder outside the Home Office, she said: “It’s incredibly frustrating.

“If [the UK government was] smart, they would ask him to be part of the change we need.

“He’d make the UK a strong contender in the way we go forward with AI and technology. There’s no doubt he’d be of more value to the UK as an asset than in a US prison. We’ve seen this because he’s shown he’s for humanity not profit.

“I don’t think [the US has] got it right, this big conspiracy with Assange, or for thinking Assange is the big cause of all the s*** in the world.”

Assange was given refuge at the Embassy of Ecuador in London in 2012 and imprisoned when his citizenship was suspended this year.

He is currently charged in the US for hacking into government computers and is being held at London’s Belmarsh Prison in solitary confinement. A hearing for his extradition is scheduled for February 2020.

MIA, a Sri-Lankan-born artist, has long supported Assange, a figure she describes as “an icon on a scale we’ve never had”, and has visited him at Belmarsh, a high-security prison.

She regularly praises his role in the WiliLeaks release almost 10 years ago of classified documents on wars in Iraq and Afghanistan, which exposed US war crimes.

In 2010, she launched a mixtape called Vicki Leekx. 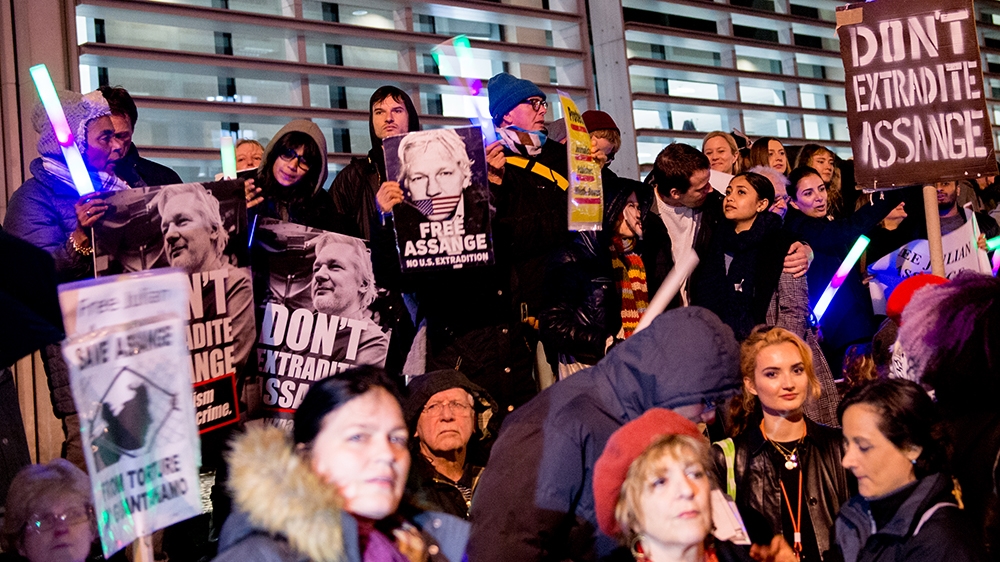 “Assange is not the problem,” she told Al Jazeera.

“He demonstrated an alternative solution, turning up at a time when we needed it most. Persecuting him won’t solve any of the problems we have as humanity going forwards.”

Assange, a 48-year-old Australian citizen, “hasn’t taken a paycheque”, MIA claimed. “If Julian had sold all that data, then he probably wouldn’t even be in jail.”

Public opinion on Assange is deeply divided. While his supporters laud his efforts to expose government secrets and wrongdoings, his critics condemn the way in which WikiLeaks has released information and doubt his character following allegations of sexual abuse.

“Today, a friend of mine said we can only digest protests in the form of memes,” MIA said. “And if you don’t have the correct meme, your protest won’t be seen.”

On the current state of US politics, she added: “(US President Donald) Trump’s a master of memes. He’s a representation of the meme era because he’s all about sound-bytes.

“Trump is a manifestation of many things, a mirror of aggressive, chaotic greed; treading on liberties, taking what you want from any country you want – this had been building prior to the US elections. And that attitude was getting worse before Trump came in.

“You had musicians who went out to support (Democratic presidential candidate) Hillary Clinton. This is more shocking to me than turning up to support Julian.”

She said Assange was a victim of slander, and that his biggest critics support “war and destruction for the sake of luxury”.

“No one’s fought for us in the way he has. And that, I would say, is kind of the truth.”

Responding to some critics’ claims that Assange is supported by Russia, she said: “It’s not about America versus Russia, or Russia versus China, or China versus America. We no longer live in a world like that.

“[US whistleblower Edward] Snowden’s only in Moscow because the US stopped him from travelling anywhere and he was exiled. And the only place willing to offer him refuge was Russia.

“This doesn’t make him a Russian mule, it’s just that it’s the only other alternative space. When Russia is giving people safe space, our democracy’s in trouble.” 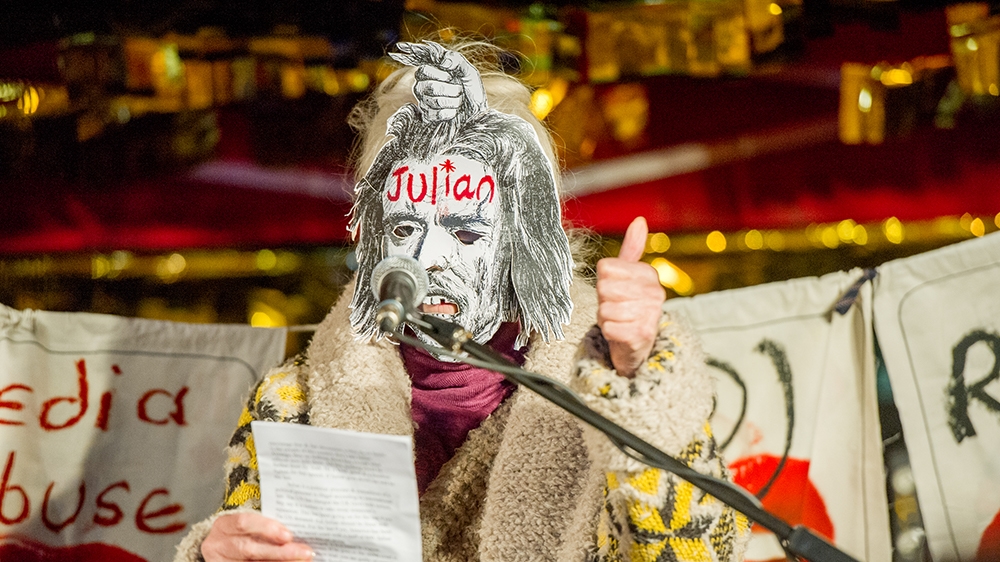 Lowkey told Al Jazeera: “[Assange is] being punished for services to public interest [and without him] there are so many things we wouldn’t have known.”

He said the media was complicit in Assange’s “slow-motion crucifixion”, even as they “benefitted greatly from his work”.

By vilifying him, he added, reporters were “the equivalent of turkeys voting for Christmas [because] the exact same legal precedent experienced by Assange, could also apply to them.”