Officer Mario Figueroa was suspended after the clip was shared thousands of times online and was slammed by viewers. 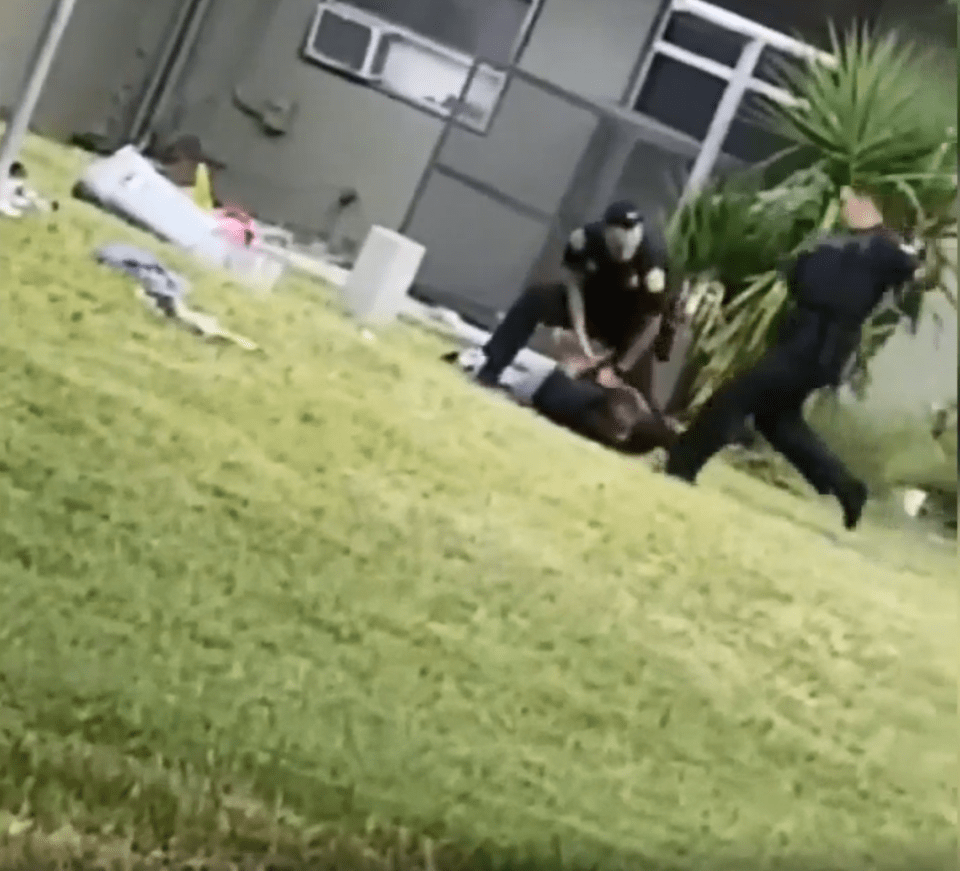 The brutal video shows a man laying face down on the grass as a single officer cuffs his hands behind his back.

Suddenly a second officer runs into screen and launches a kick at the prone suspect's face.

The kicking cop then slams down on top of the man as other police officers approach.

Lisa Harrell, who shoot the footage, can be heard saying: "You didn't have to do all that buddy. You trippin'."

By the end of the minute-long clip, five burly officers are surrounding the grounded man. 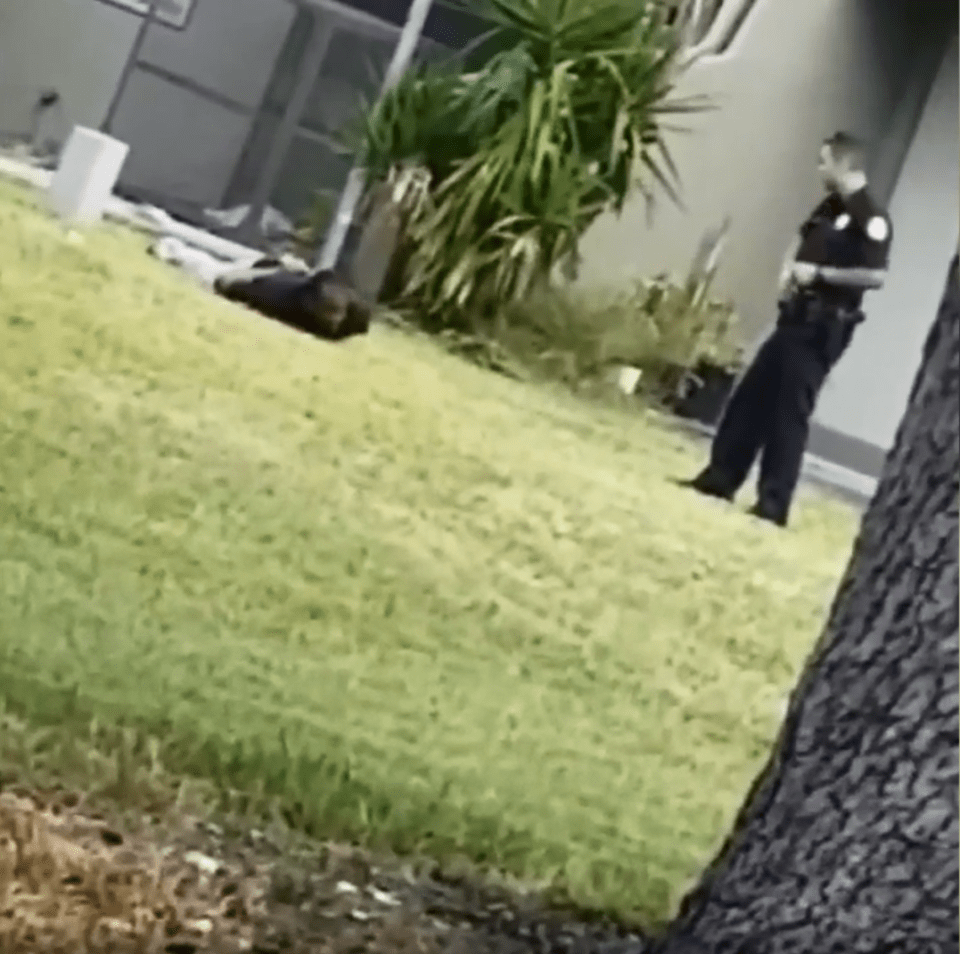 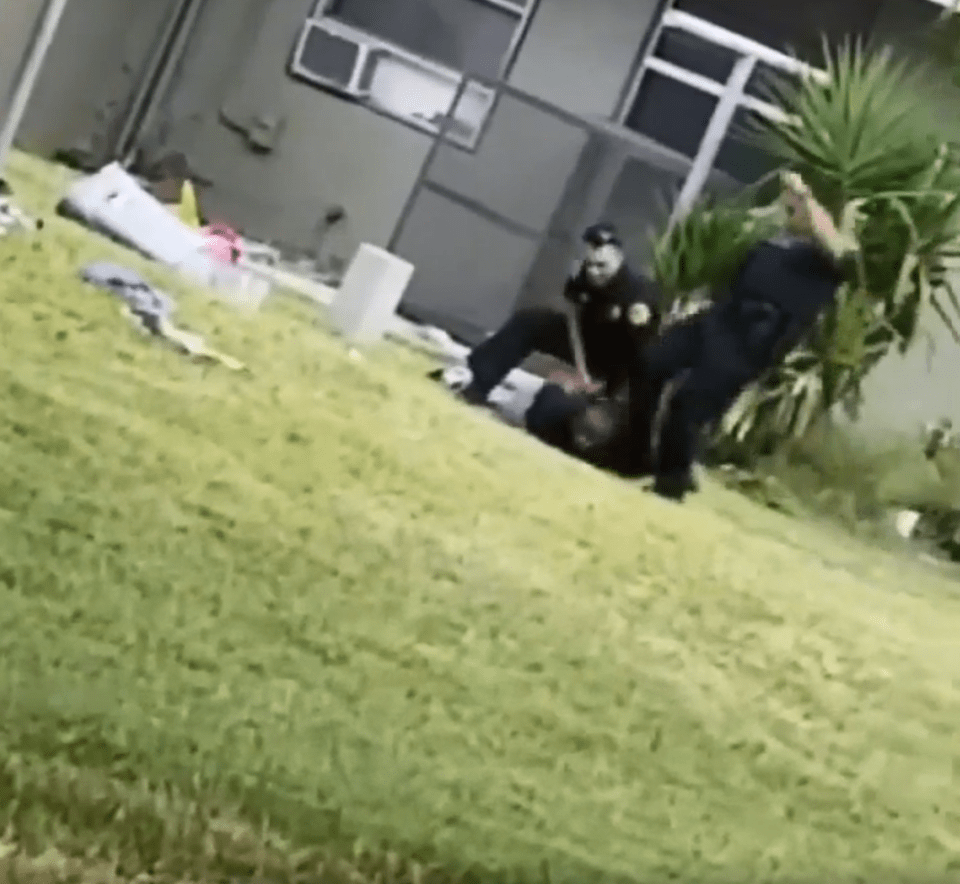 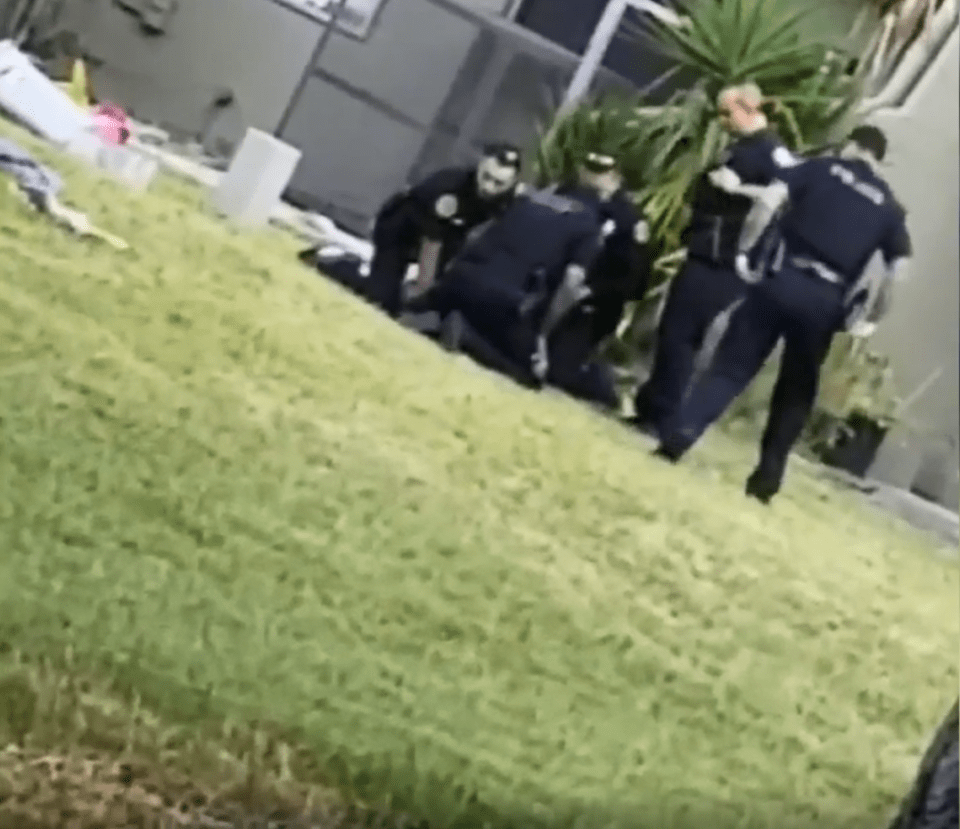 At no point is the suspect, David Suazo, 31, seen to be struggling.

Stay-at-home mum Lisa said she took the film on her mobile phone after going outside to see what was making her dog bark.

Following his arrest, Suazo complained of chest pains and was taken to a hospital.

Later Suazo allegedly posted a video of his own from hospital mocking the cop, saying: ""Missed on the kick. Learn how to aim, my boy."

Officer Figueroa allegedly replied: "If I wanted to kick you, you know, I would have kicked you right."

Police said they had chased Suazo in a stolen Jeep until he crashed into a wall at Harrell's block of flats.

State Attorney Katherine Fernandez Rundle said: "Officer Mario Figueroa can have no excuse for the alleged actions seen on the initial videotape.

"This community demands respect for all individuals taken into custody."

Suazo is charged with grand theft, fleeing an officer and other charges.

Figueroa has been with the Miami police department for two years.