Michael Cohen was ‘paid $400,000 by Ukraine’ to get its president Oval Office talks with Trump – and attorney never registered as foreign agent

President Donald Trump’s personal lawyer Michael Cohen received a secret payment of at least $400,000 from the Ukraine in exchange for arranging Oval Office access for the country’s leader.

The payment was made through intermediaries acting for Ukrainian leader Petro Poroshenko, the BBC reported, crediting sources in Kiev.

Cohen was not registered as a representative of Ukraine, which is a legal requirement for such an action. 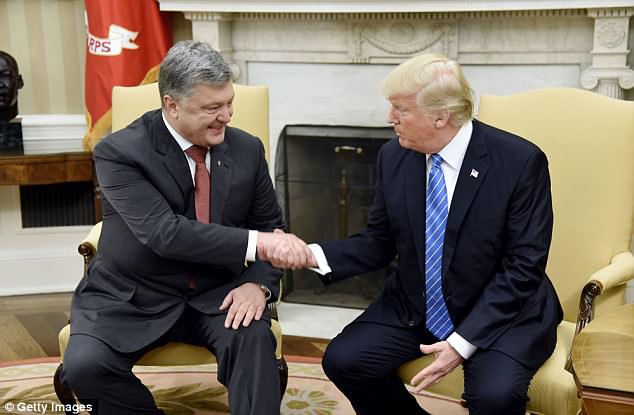 President Donald Trump’s personal lawyer Michael Cohen received a secret payment of at least $400,000 from the Ukraine in exchange for arranging this June 2017 Oval Office meeting with President Trump, the BBC reported. 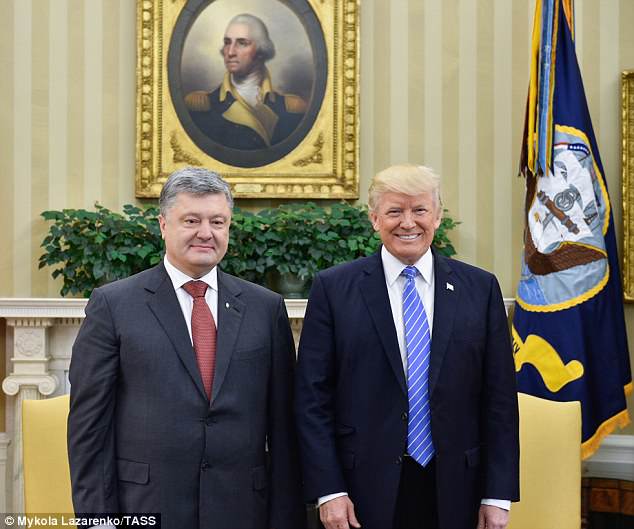 Trump attorney Michael Cohen was not registered as a representative of Ukraine, which is a legal requirement for doing work such as arranging an Oval Office meeting.

The meeting at the White House was in June of 2017.

Shortly after Poroshenko’s visit, Ukraine’s anti-corruption agency stopped its investigation into Paul Manafort, Trump’s former campaign manager who became a registered agent for the Ukrainian government after his work for it was revealed in the presidential campaign.

There was no indication Trump asked for the Manfort matter to be dropped.

Avenatti told the BBC that Suspicious Activity Reports filed by Cohen’s bank to the Treasury Department showed he had received money from ‘Ukrainian interests’.

Cohen denied the story to the BBC.

The Ukrainian sources also say Cohen was helped by Felix Sater, a former Trump Organization official who worked with Cohen in a failed attempt to build Trump Tower Moscow. Sater is said to be cooperating with special counsel Robert Mueller in his investigation of Russia’s role in the 2016 election.

Manafort has been charged under Mueller’s probe and has plead not guilty in both cases. He’s scheduled for trial in Washington D.C. in September and in Alexandria, Va., in July on felony counts that include conspiracy, bank and tax fraud, money laundering and failing to register as a lobbyist in his work before 2014 on behalf of Ukraine’s pro-Russian president at the time, Viktor Yanukovych.

He formally registered as a lobbyist for the Ukraine in June 2017, after his work for that country was revealed.

The Foreign Agents Registration Act is a disclosure statute that requires persons acting as agents of foreign principals in a political or quasi-political capacity to make periodic public disclosure of their relationship. The law included criminal penalties but is not always aggressively enforced.

A high-ranking Ukrainian intelligence officer told the BBC that Cohen was brought in to arrange the Oval Office sit down because Ukraine’s registered lobbyists and the embassy in Washington DC could only get Poroshenko a brief photo-op with Trump.

‘Poroshenko’s inner circle were shocked by how dirty this whole arrangement [with Cohen] was,’ the source said, according to the British news site.

Poroshenko, the source claimed, needed something he could portray as ‘talks’ because of he wanted to make amends Manafort revelations that came out of the 2016 election.

There was no indication Trump knew about the payment to Cohen. 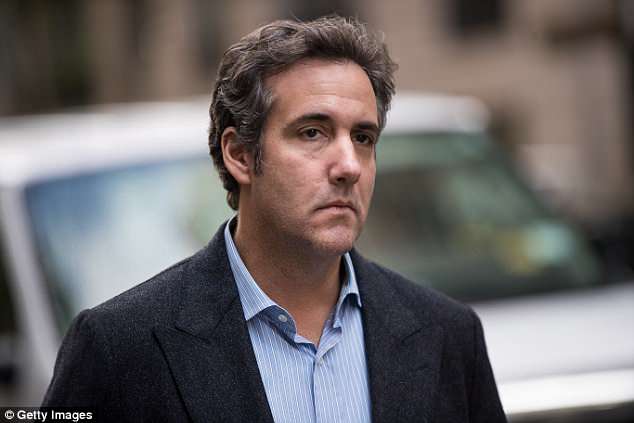 Trump attorney Michael Cohen denied he was paid by the Ukraine to arrange an Oval Office meeting between its president and Donald Trump. 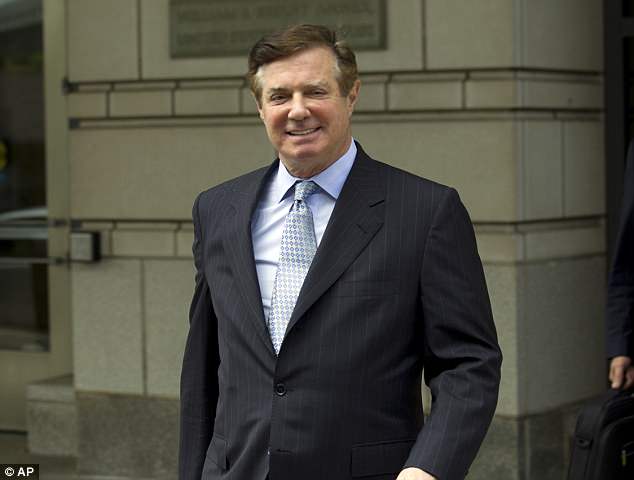 And Poroshenko was unsure until the last minute how much time and access he would have to the president, the BBC reported, noting Ukrainian officials were furious with Cohen, questioning if they paid him and he was unable to deliver.

Poroshenko ultimately got his Oval Office photo op and sit-down.

Ukrainian sources said Poroshenko authorized the leak about the millions Manafort received from the Ukraine because he believed Hillary Clinton would win the presidential election.

When Trump emerged the victory, Poroshenko, who is at war with Russia, wanted to make an overture to the new president.

Another source in Kiev gave the BBC the same details on the meeting but said Cohen was paid $600,000.

Cohen’s private office was raided in April by federal agents and several of his business records were seized, including those about payments to Daniels.

Mueller’s investigation has increasingly focused on Cohen and includes his work on Trump Tower Moscow, his personal business holdings and any payments to women who claimed they had affairs with Trump.

Cohen has served as Trump’s fixer and worked with him at the Trump Organization before he resigned that post but stayed on as the president’s personal attorney.