Four men have been arrested in connection to the death of actor Michael K. Williams, federal authorities announced on Wednesday. The actor, best known for his roles in The Wire, Boardwalk Empire and Lovecraft Country, overdosed on Sept. 6. He was 54.

"Michael K. Williams, a prominent actor and producer, tragically overdosed in his New York City apartment from fentanyl-laced heroin. Today, along with our law enforcement partners at the NYPD, we announce the arrests of members of a drug crew, including Irvin Cartagena, the man who we allege sold the deadly dose of drugs to Michael K. Williams. This is a public health crisis. And it has to stop," U.S. Attorney Damian Williams said in a statement. 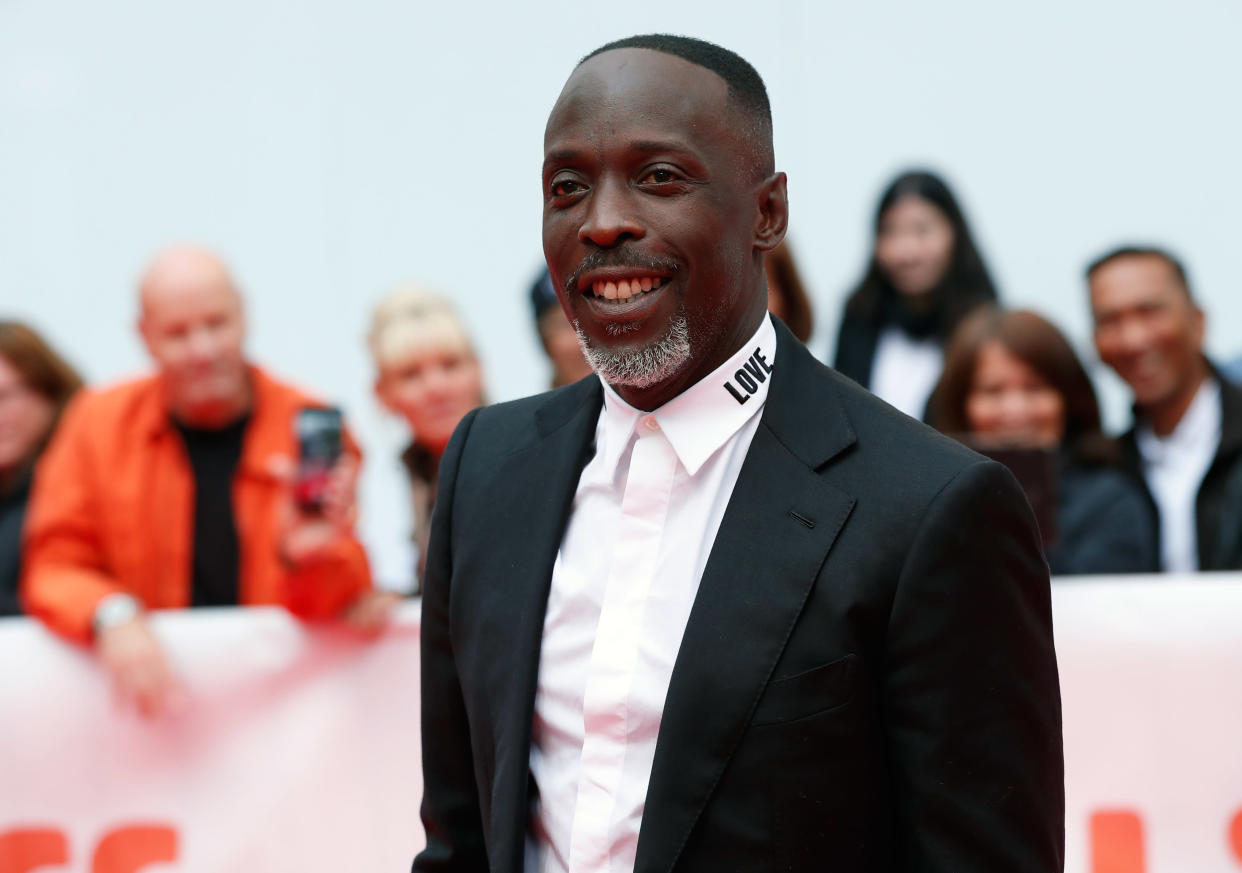 "Deadly opioids like fentanyl and heroin don't care about who you are or what you've accomplished," the statement continued. "They just feed addiction and lead to tragedy… And we will continue to hold accountable the dealers who push this poison, exploit addiction, and cause senseless death."

Surveillance video obtained by investigators appears to show Cartagena handing the deadly drugs to Williams on Sept. 5, 2021. The acclaimed actor was found dead in his Brooklyn apartment one day later. According to Wednesday's press release, the drug trafficking organization was operating nearby.

Williams, who was open about his past struggles with drug use, died from "acute intoxication by the combined effects of fentanyl, p-fluorofentanyl, heroin and cocaine." The New York City medical examiner ruled the manner of death was accidental.

Cartagena was arrested in Puerto Rico on Tuesday and is expected to appear there in federal court on Thursday. He's also charged with causing the death of Williams in connection with the narcotics conspiracy, which carries a mandatory minimum sentence of 20 years in prison and a maximum sentence of life in prison.