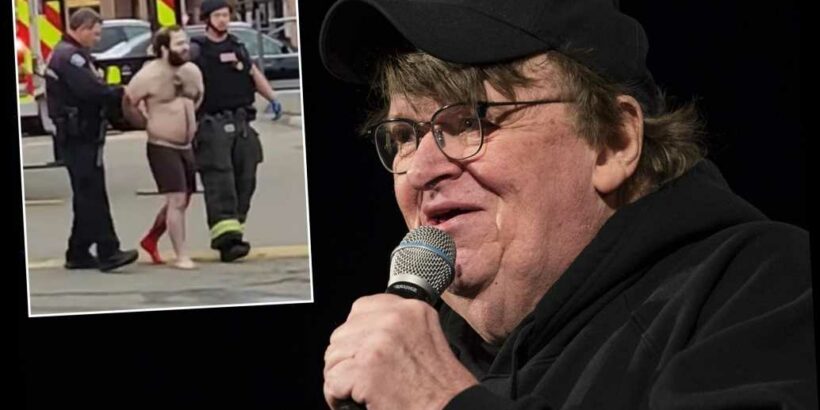 Police identified the suspect on Tuesday as Ahmad Al Aliwi Alissa, a 21-year-old resident of Arvada, Colo., who immigrated to the US from Syria as a child. He has been charged with 10 counts of first-degree murder. A motive for the attack has not yet been made public.

Moore, an outspoken gun control advocate, appeared to swipe “American culture” with his tweet about how Alissa showed anyone can “assimilate” into the US.

“The life of Ahmad Al Aliwi Alissa shows that people can come from all over the world and truly assimilate into our beloved American culture,” Moore tweeted with a photograph of the Statue of Liberty.

Critics blasted the “Bowling for Columbine” director over the insensitive message.

“So we’re all in agreement this is the worst tweet ever, right?” Daily Caller reporter Andrew Kerr reacted.

“Crapping all over the people who lost loved ones while taking and [sic] even steamier hot crap all over America,” radio host Trey Radel said.

“He’s trying to be smart or funny, but is neither. Which is…par for the course,” National Review contributor Pradheep J. Shanker wrote.

“This takes the cake for the absolute worst tweet I’ve ever seen on this dumpster fire site,” declared Kara Zupkus of Young America’s Foundation.