I was a rotten student but smart enough to know the joy the Open University brings, writes War Horse author MICHAEL MORPURGO

A couple of years ago, I found myself at the most extraordinary of graduation ceremonies. The Open University, not realising, I suspect, that I had only a Third Class Degree, was awarding me an Honorary Doctorate. (I only confessed to my Third Class Degree afterwards!)

So there I was, dressed up like some academic butterfly in hood and gown, watching graduates coming up to receive their hard-earned degrees.

It was then I realised how different this degree ceremony was from others I’ve attended, and just how much this moment meant to those walking past me, their families and their friends out there cheering them on.

It meant the world to them, young and old — and was even more special for me because among them was someone I’d last seen 20 years before, when, as a nine-year-old from an inner city school, she’d come to stay at Nethercott House, the Devon farm where my wife and I host groups introducing children to rural life and work. 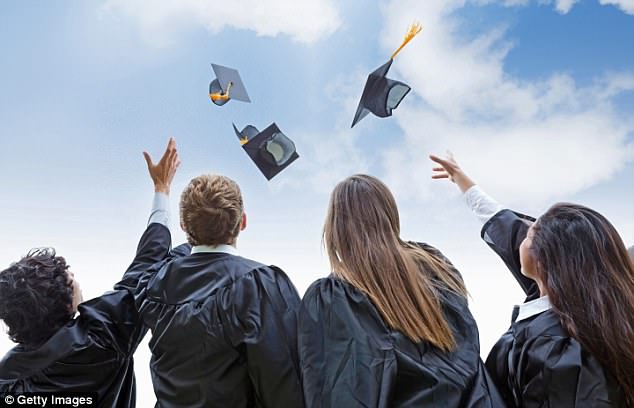 It is the principle of a fair society that those who can help should support those who need that help. Education has helped make us this way, think this way

To witness her joy that day — the joy of all of them — was to have reconfirmed the purpose of lifetime education, and to feel all the more honoured to be a small part of an extraordinary institution.

This was the University of Hope, the place where anyone can get a degree if they work for it, no matter what background, no matter what age. Some were even older than me!

I attended just that single ceremony, but every year, at venues across the country, around 8,000 students take part in these joyous events. Every one of those graduates has a story to tell.

Many will know what it is to have missed out on a good education because of poor schools or home circumstances, and the reality of juggling day jobs and family life with study, working to complete assignments while others sleep or enjoy their weekends.

They have learned the hard way that to reach their goal requires sacrifices that many of us who went to traditional universities would never consider.

So the ceremonies are more than just a celebration of their own achievement, they are a celebration of joint success with others who know what donning that gown and walking onto that stage really means.

I was born into a world where higher education was free. In the Sixties, I had a grant from West Sussex County Council that enabled me to go to university. I was not a great student, but those precious years gave me more understanding of the world about me, and of myself.

All around me at King’s College London were teachers who knew and loved their subject, and many were good at passing it on. I may not have been academically talented but I grew up in the light of their wisdom and understanding. I was lucky, and I know it.

How the world has changed. In a country infinitely richer than it was then, we now charge our students an arm and a leg to go to university. We saddle them with debt.

Yes, I know the arguments. Many more young people now go to university than in the Sixties. Apparently, this country, the sixth richest economy in the world, cannot afford it.

And I know the other argument too. Why should the taxes of the many pay for the higher education of the few? Well, because the benefits of a well educated society should be of benefit to all of us, to society as a whole.

Of all the universities we have, the one I feel we should treasure most is the one that is most available to us all — and that is the Open University (OU). Founded by Harold Wilson in the late Sixties, in the face of opposition across the political divide, it has become the university of the people, and should be numbered, along with the 1944 Education Act, the BBC and the Government’s early intervention initiative for children, Sure Start, as one of the greatest educational initiatives this country has made.

These movements between them have unquestionably enriched our nation and the lives of millions of people. They have helped spread wisdom and knowledge and understanding, and most of us have benefited from this. Not all of us, not enough of us, but most of us.

King Alfred, he who burnt the cakes all those years ago, was a brave, wise and good king, who was determined that wisdom must be restored in his kingdom; that without wisdom, nothing is worthwhile. He was right of course. He set out to bring literacy and education to the people. It was a noble ambition. But it is unfinished business.

In our times, the OU has been foremost among those institutions doing all it can to fulfil King Alfred’s dreams of a country ever more united by education, where a good education is open to everyone regardless of income. Education is the pathway to wisdom.

If the citizens have wisdom, the country and society flourishes. Alfred knew that. We know that. 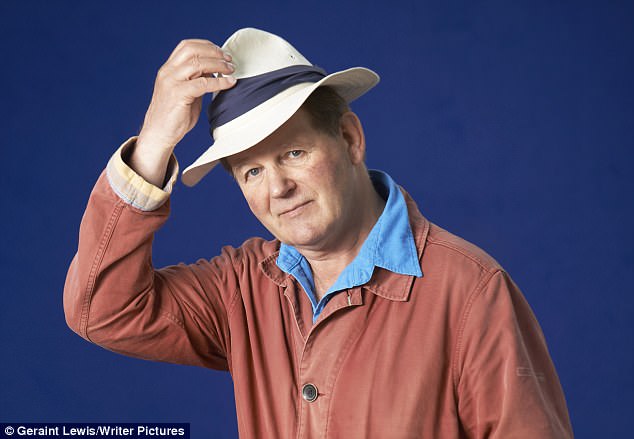 We know that higher education should be available throughout our lives, yet the Open University is in crisis, obliged — like other universities — to charge ever higher fees to students after a withdrawal of central funding in higher education.

Its fees, once in the high hundreds, have risen to around £5,000 pa, and the number of students has fallen as a result.

Even the former universities minister, David Willetts, who oversaw a trebling in traditional university fees from £3,000 to £9,000, has confessed his regret at the impact on the OU, and agreed that the funding of part-time education needs to be reviewed.

I agree. In a world in which wisdom and knowledge and understanding should be ever more valued, successive governments have withdrawn support, and to the very people in our society who need it most. In doing so, I believe we are withdrawing from hope.

Someone very close to me, who had been through great difficulty in her life, recently studied at the Open University. Like me, she may not have come out with a distinguished degree, but the course did so much to lift her self-esteem, to increase her hunger for knowledge, to enrich her life.

The OU opens hearts and minds, and changes lives. If it is to continue doing its great work, cost must not inhibit students from signing up. Government — which, of course, means us as taxpayers — should step in to help.

It is the principle of a fair society that those who can help should support those who need that help. Education has helped make us this way, think this way. We pride ourselves on being a fair society.

So let’s do what King Alfred would want us to do — to reach out and enable all of us, young, not so young, and old, to enjoy a fine and life-long education, which we all help to pay for through our taxes.

A truly fair society is a more contented society, and it is only created by education — that great pathway to wisdom, understanding and hope.