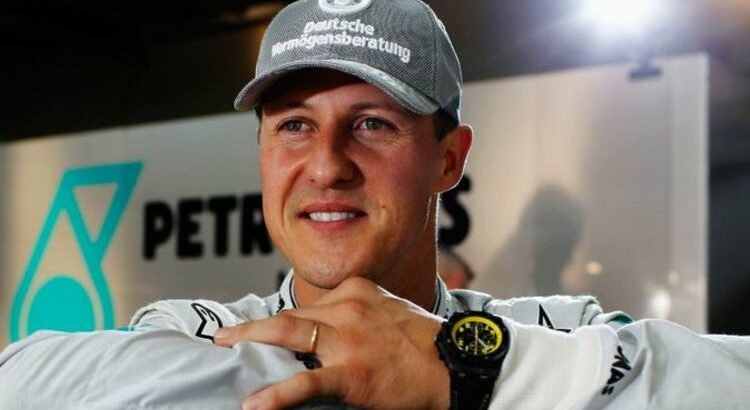 Michael Schumacher dominated the field for 17 years until his retirement in 2012. Mr Schumacher has a joint record of seven World Drivers’ Championship titles. At the point of his retirement, Mr Schumacher also held the most Grand Prix wins, a staggering 91 victories. But then his world catastrophically changed just over a year after he retired from racing.

Mr Schumacher was on a family skiing trip in the French Alps when his accident occurred.

While crossing an off-piste area in the slopes above the French ski resort of Meribel, Mr Schumacher had a skiing accident.

Bild reported Mr Schumacher’s fall took place sometime between 10.50am and 11am local time on December 29, 2013.

The racing star was skiing with friends and his teenage son Mick, who was 14 at the time.

According to Bild, the F1 legend saw the daughter of one of his friends was in trouble.

He then left the piste to help, skiing into deep rocky snow.

Investigators said Schumacher had deliberately chosen to go off-piste, an area between a red and blue piste that was clearly signposted.

It was here Mr Schumacher hit a rock causing him to lose control.

Mr Quincy who headed the investigation team into the accident said: ”[Mr Schumacher] is evidently an extremely good skier, but one of his skis hit a rock that was sticking out… it caused him to fall and he hit his head on the rock.”

He was quickly airlifted to a hospital in Grenoble, where he immediately underwent two surgeries and was put into a medically induced coma.

He suffered what has been described as a “traumatic brain injury”.

Investigators reconstructed the events leading up to the crash, largely through footage from a camera attached to Mr Schumacher’s helmet.

Doctors tried to bring him out of his comas in January 2014, but it wasn’t until June that he regained full consciousness.

He was then moved to another hospital in Switzerland.

Eventually, he was allowed to return to his home in Lake Geneva, Switzerland, where he has been rehabilitating ever since.

Michael Schumacher continues to suffer from his life-changing injuries.

The Telegraph reported in 2014, the racer was “paralysed and in a wheelchair”.

But the true extent of his injuries has never been revealed by the family, who keep the star out of public view.

Mr Schumacher has not been seen in public since his accident in 2013.

After an eight-year silence, his wife Corinna said: “I miss Michael every day. But Michael is here – different, but here.

She added: “We are getting on with our lives, ‘private is private’ as he always said.

“It’s very important to me that he can continue to enjoy his private life as much as possible. Michael always protected us, now we are protecting Michael.”

Fans will be able to get an insight into Mr Schumacher’s life before the accident, both on and off the track, in a new Netflix documentary.

Schumacher will be available on the streaming platform on Wednesday, September 15.