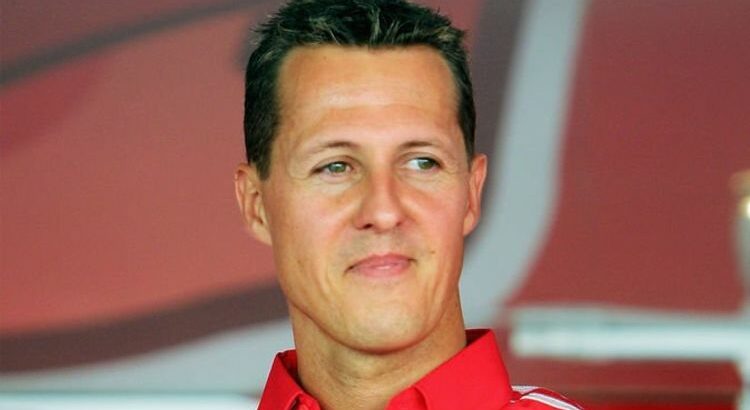 Willi Weber represented the seven-time world champion winner until 2012. The German businessman, who made his money from restaurants before turning to motor racing, signed Schumacher for his Formula Three team in 1989.

The pair remained close until 2013 when Schumacher suffered a severe brain injury after crashing whilst skiing in the French Alps.

Writing in his memoir Mr Weber revealed he was unable to visit the sporting superstar after his accident.

He accused Corinna Schumacher, the ex-Formula 1 driver’s wife, of having “cut me out of her life”.

Mr Weber’s book, ‘Blood full of Gasoline’, will be published in German on August 27.

It is currently unclear whether the book will also be published in English.

Writing about the aftermath of the 2013 skiing accident, Mr Weber said: “To this day no phone call, no letter.

“On this day of overwhelming pain, she [Corinna] cuts me, I know that today, out of her life.

“Why am I just a worn tire that is no longer good for his wife after all these years?

“Why am I not allowed to visit Michael? What am I being punished for?”

Speaking to RTL, a broadcaster from Luxemburg, Mr Weber revealed he regrets not trying to visit Schumacher in the immediate aftermath of the accident.

He explained: “Back then, I didn’t get on the plane straight away to go to the hospital.

“I saw the crowd and thought, I don’t have to queue there too.

“And that was wrong! I should have flown out immediately.”

Mr Weber said he was badly hit by the accident which hit Schumacher, the “son I never had”, in 2013.

He commented: “I felt miserable, I suffered like a dog.

“The memories kept coming back because I was asked about it again and again.

F1: How Hamilton compares to Schumacher

“I grappled again and again with it. But at some point – even after Corinna didn’t let me see him – I had to draw a line under it.

“I managed to close the chapter and to no longer suffer.”

Schumacher was skiing with his 14-year-old son, Mick, in 2013 when he had the accident.

Former Ferrari team boss Todt, who now heads the FIA, said he lived because of medical care and as Corinna “wanted him to survive”.

Speaking to Sport Bild he added: “I’ve spent a lot of time with Corinna since Michael had his serious skiing accident on December 29, 2013.

“She is a great woman and runs the family. Thanks to the work of his doctors and the cooperation of Corinna, who wanted him to survive, he survived – but with consequences.”