Michel Barnier today rejected Theresa May’s Brexit backstop plans just a day after she finally got her warring Cabinet to signed up to them.

In a fresh blow to the Prime Minister, the EU’s chief negotiator said the blueprint was not ‘feasible’ and urged Britain to be more ‘realistic’ about the talks.

Under the plan, the UK would stay aligned to EU customs union if plans to ensure the Irish border remains soft are not ready by the end of the transition period.

And in a major concession to her Brexit Secretary David Davis, she agreed to enshrine an expectation that this backstop would come to an end by the end of December 2021. Michel Barnier today rejected Theresa May’s Brexit backstop plans just a day after she finally got her warring Cabinet to signed up to them.

He said the EU cannot accept a backstop plan which has a date enshrined in it – warning that ‘backstop means backstop’ and must not be time limited.

Mr Barnier also said that the UK has not said if it will stick to all EU single market rules in the backstop – and warned Britain it cannot have an ‘al la carte’ deal.

What is the Brexit ‘backstop’ for and how would it work?

The divorce deal struck by Theresa May and Jean-Claude Juncker before Christmas called for a fallback option to guarantee a soft Irish border.

Both sides agreed that the ‘backstop’ would mean even if there was no wider trade deal, the UK would stay closely aligned enough to prevent the need for new infrastructure between Northern Ireland and the Republic.

The inclusion of the clause, at the demand of Ireland, almost wrecked the deal until Mrs May added a commitment that there would also be full alignment between Northern Ireland and the rest of the UK.

The EU then translated the ‘backstop’ into a legal text – but hardened it to make clear Northern Ireland would be fully within the EU customs union and single market.

Mrs May says no Prime Minister could ever agree to such terms, as they would undermine the constitutional integrity of the UK.

The latest row is over the UK’s counter-proposal, which has finally been published.

By that time other arrangements should be in place to prevent the need for the backstop, the document says.

However, it does not lay down an absolute end date, saying only that those are the timescales the government ‘expects’ to hit.

The EU has already been dismissing the UK blueprint, saying that a backstop cannot be time-limited.

He said that  Brussels wants to keep its proposals – which would see Northern Ireland stay aligned to EU rules while the rest of the UK leaves.

Theresa May has ruled out the plan as it would effectively crate a barrier in the Irish Sea between Northern Ireland and the rest of the UK.

Mr Barnier told a press conference in Brussels that it is not ‘feasible’ to extend the backstop to the whole of the UK.

He said: ‘Our backstop cannot be extended to the whole of the UK, that is  because it has been designed to the specific situation of Northern Ireland….

‘What is feasible in Northern Ireland is not feasible for the rest of the UK.’

He added: ‘The UK has decided to leave the European Union we respect that democratic decision and are implementing it. The UK  needs to accept it.

‘We have two working weeks left before the European Council at the end of June.’

Mr Barnier went on: ‘We don’t accept an al carte approach to the single market the for freedoms go hand in hand  .

‘I welcome the publication of the document, bu being very frank I think it raises more questions than it provides answer.’

He added: ‘The other point of disagreement is  how temporary the backstop would be – backstop means backstop.’

Mr Barnier insisted that he is not discouraged and said that he will hold talks with David Davis on Monday to discuss the proposal.

His comments are a fresh blow for Theresa May after she has struggled to keep her warring Cabinet signed up to her Brexit  deal.

Mr Davis threatened to quit yesterday after she initially did not put a date on her backstop plan.

And in a fresh blow Boris Johnson tore into her Brexit strategy and said she needs to get more ‘guts’ in a shock leaked recording. 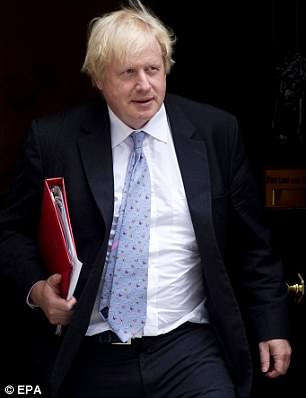 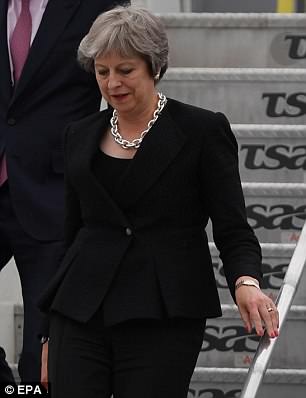 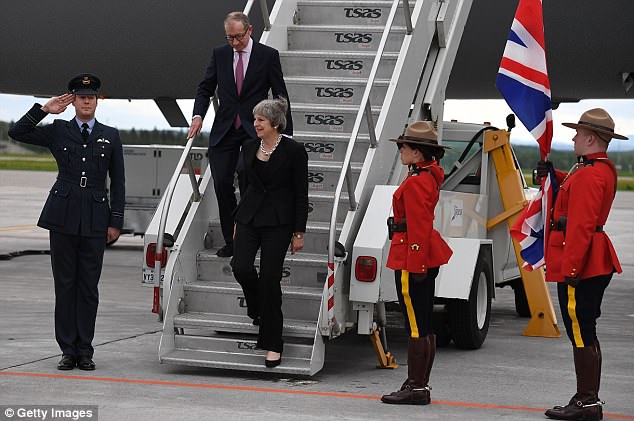 Responding to Mr Barnier’s remarks, a Government spokesman said: ‘The Prime Minster has been clear that we will never accept a customs border between Northern Ireland and the rest of the United Kingdom.

‘We are also committed to maintaining the integrity of our own internal market. That position will not change.

‘The Commission’s proposals did not achieve this, which is why we have put forward our own backstop solutions for customs.

‘All parties must recall their commitment in the Joint Report to protect the Belfast Agreement in all its parts.

‘Michel Barnier has confirmed today that discussions will now continue on our proposal.’