Clare Smyth has become the first Briton to be crowned the best female chef in the world.

The Northern Irish chef is the only woman in the UK with three Michelin stars and received the World’s Best Female Chef award in Bilbao.

But she questioned the very nature of gender-specific prizes, telling the World’s 50 Best Restaurants ceremony that she hoped for a day when women are recognised in the the industry. 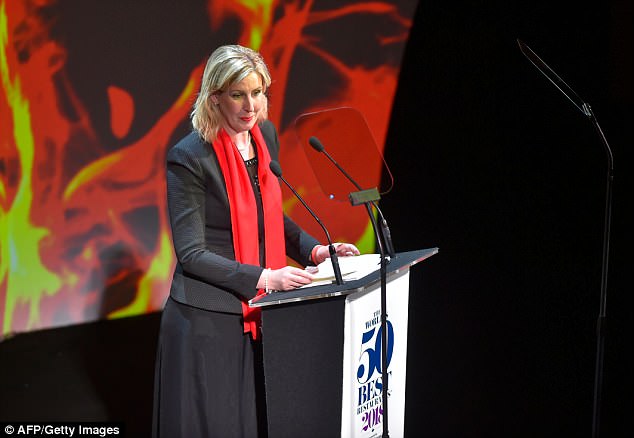 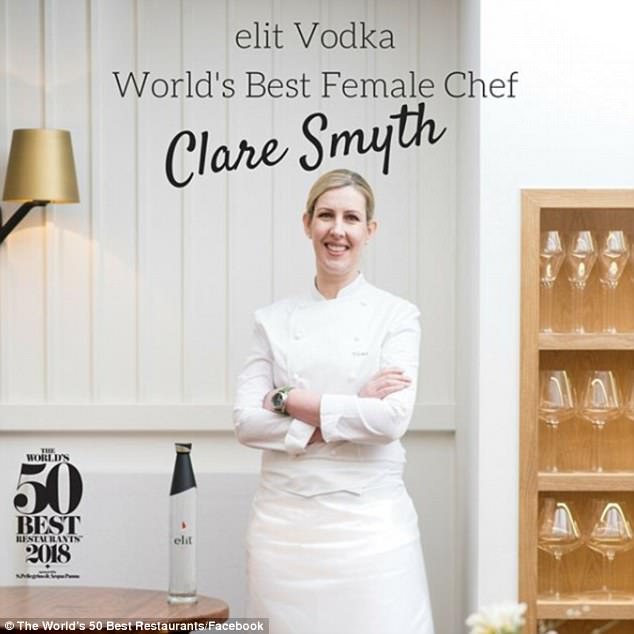 Clare Smyth, who was the first female chef to hold three Michelin stars in the UK, has been named the world’s best female chef in 2018

As compere Mark Durden-Smith hailed the presence of ‘girl power’, Smyth drew attention to what she believes is an imbalance in the restaurant world, The Guardian reports.

‘I would love to see very soon that we don’t need gender-specific awards because women will have recognition and there will be a balance in the industry,’ she said.

This year the number of women whose eateries made the 50 best in the world rose from three to five: Elena Arzak, Pia León, Daniela Soto-Innes, and Pim Techamuanvivit. Two of the five restaurants have a males as co-head chefs.

Smyth’s remarks are not the first time she has questioned gender-specific categories.

Clare Smyth (left) is renowned in the industry and now has her own restaurant, Core by Clare Smyth (pictured right winning at the GQ Food & Drink Awards in April)

When she was crowned the elit Vodka World’s Best Female Chef 2018 in April, she told The Independent: ‘I stood shoulder to shoulder with men in the toughest kitchens in the world and excelled and loved it.

‘So to separate [male and female chefs] for me is strange, but we don’t see enough women coming through at the top and we need to do something about it.’

Speaking to Bloomberg, Smyth, who grew up in County Antrim, added: ‘This award shines a light on women’s success and gives people like me the opportunity to talk about how we can support and mentor the next generation.

‘When we see women represented in numbers in lists like these, then we will have changed the industry for the better and these awards will no longer be needed.’

Food magazine Eater has branded the award ‘absurd’ and ‘insulting’ to Smyth.

Editor-in-chief Amanda Kludt argued that women ‘are neither a different species nor a different category of human’ and therefore there shouldn’t be a separate award for Best Female Chef.

The award has long been criticised by chefs and others working in the industry.

Five years ago, Anthony Bourdain tweeted: ‘Why—at this point in history—do we need a ‘Best Female Chef’ special designation? As if they are curiosities?’

Smyth was awarded the title of Best Female Chef ahead of the World’s 50 Best Restaurants awards ceremony this summer.

The evening will also see the unveiling of the list of The World’s 50 Best Restaurants 2018.

Smyth left Northern Ireland at the age of 16, and worked in some of the most celebrated kitchens in the world, including Alain Ducasse’s renowned Le Louis XV in Monte Carlo and Restaurant Gordon Ramsay, where she won a 10/10 score in the Good Food Guide and five AA rosettes.

Smyth was honoured with an MBE in 2013 for services to the hospitality industry.

William Drew, group editor of The World’s 50 Best Restaurants, said: ‘Her devotion to her craft, uncompromising standards and undoubted culinary finesse are just three of the reasons why she is worthy of this award.’