Washington: Michigan State University has agreed to pay $US500 million ($665 million) to settle lawsuits filed by 332 alleged victims of disgraced former sports physician Larry Nassar on Wednesday, ending the university's involvement in litigation over his rampant sexual abuse of girls and women under the guise of medical treatment. 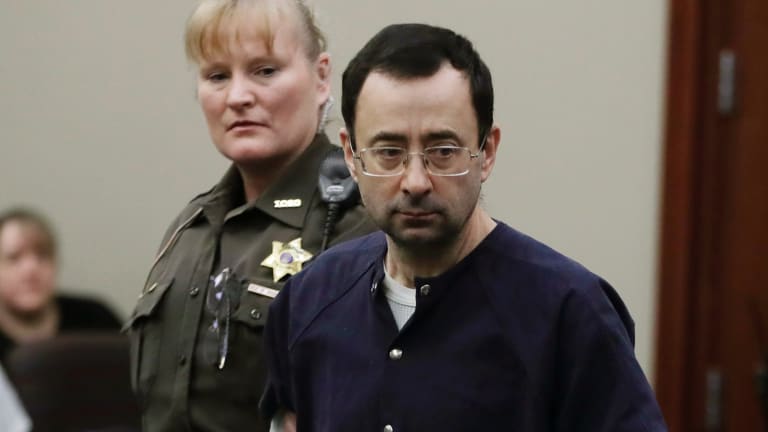 Larry Nassar is escorted into court during his sentencing hearing in Lansing, Michigan in January.

The settlement will pay $US425 million to the girls and women who have come forward to date, averaging about $US1.28 million per victim.

The university will set aside an additional $US75 million in a trust fund for any victims who come forward in the future.

"This historic settlement came about through the bravery of more than 300 women and girls who had the courage to stand up and refuse to be silenced," John Manly, one of several attorneys representing victims, said in a statement.

"It is the sincere hope of all of the survivors that the legacy of this settlement will be far reaching institutional reform that will end the threat of sexual assault in sports, schools and throughout our society."

The former Olympic gymnastics doctor is serving an effective life sentence in prison after pleading guilty to assaulting nine girls and women in Michigan, as well as to federal child pornography crimes.

At his sentencing hearing in January, the emotional testimony of more than 150 girls, women and parents triggered national outrage about the case, prompting fallout that continues for the organisations through which Nassar, 54, accessed his victims.

"A successful mediation has been a priority for the university and for me since I arrived on campus in February," Michigan State interim president John Engler said.

"The entire MSU community has worked hard at changes to make sure a monster like Larry Nassar could never hide again on our campus. We also are working every day to prevent sexual misconduct on our campus and have a community that respects women and all who work or visit here. Today's announcement is important in the healing process, not only for the survivors, but also for the university as we collectively move forward."

"I am very grateful to have reached a settlement with MSU that reflects the incredible damage which took place on MSU's campus," said Rachael Denhollander, whose decision in 2016 to file a police report against Nassar and then tell her story to the Indianapolis Star ultimately brought about the once-respected doctor's downfall. 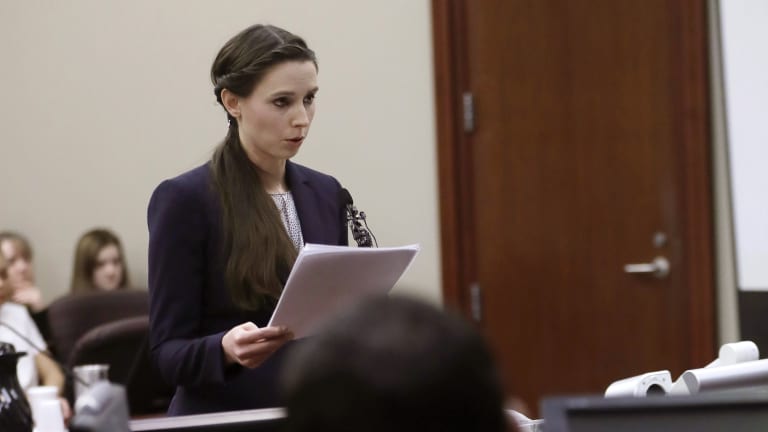 " 'Moving forward' for myself and many others means continuing to advocate, call for accountability, and stand for those who have yet to have a voice. This includes continuing to advocate for desperately needed accountability and change at USAG [USA Gymnastics] and in the USOC. I remain disappointed that resolution was not reached with these other organisations who also enabled a serial predator for decades," Denhollander said.

The impact of the scandal on the university, which has about 39,000 undergraduate students, has been substantial, including the resignations of president Lou Anna Simon and athletic director Mark Hollis in January, and may extend beyond the financial.

The settlement surpasses the more than $US109 million paid by Penn State University to settle claims by at least 35 people who accused assistant football coach Jerry Sandusky of sexual abuse.

The money will have to come from some combination of insurance, state funding and student tuition revenue, said Thomas Harnisch, director of state relations and policy analysis for the American Association of State Colleges and Universities. 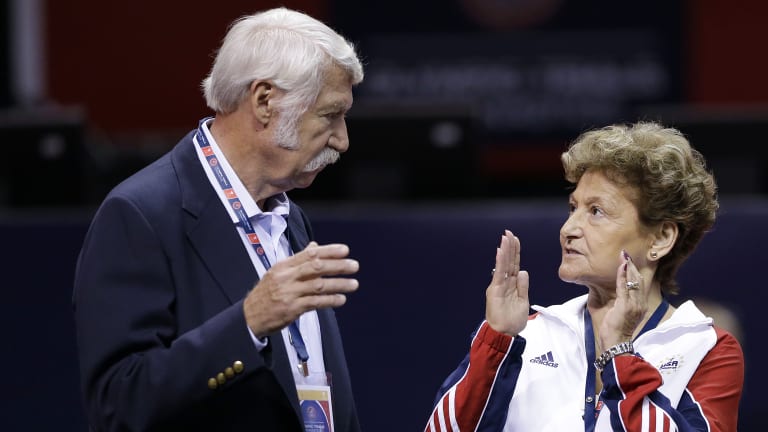 "They'll likely have to use reserve funds and borrow money," Harnisch said.

State funding covers about $US280 million a year of the school's overall budget of about $US1.4 billion, said Robert Kelchen, assistant professor of higher education at Seton Hall University.

He also speculated that Michigan State would need to take out loans to cover the settlement, as state lawmakers would most likely baulk at permitting public funds to be used, and the state limits how much colleges can raise from tuition. Michigan State could also draw from its endowment, although much of that money is typically restricted.

"They may have to borrow some of the money, at a higher interest rate than before the scandal, because their credit rating got lowered," Kelchen said.

Susan Fitzgerald, associate managing director at Moody's, said in a statement on Wednesday, "Michigan State University's announced settlement in principle potentially removes some of the uncertainty around the financial impacts of the Nassar cases. However, the details of the funding sources and timing are not yet available. Moreover, the university continues to face scrutiny from a number of parties, which will continue to be a credit challenge."

Before 2016, Nassar was a respected long-time Michigan State sports physician and was renowned for his lengthy tenure as the team physician for USA Gymnastics women, where he worked with young gymnasts at the Olympics and other international competitions and national team camps.

Signed photos of Olympic gymnasts covered the walls of his office at a campus clinic, where he treated Michigan State athletes as well as young gymnasts, some who travelled from several counties with their parents to seek medical treatment from the same doctor who worked with the United States' Olympic heroes.

But in August 2016, Denhollander, from Louisville, filed a police report accusing Nassar of sexually assaulting her years before, when she was a teenage gymnast seeking his treatment, and then told her story to the Indianapolis Star.

Nassar denied the accusations, but dozens of women across the country, after reading Denhollander's story, realised that what they had thought was unusual medical treatment – in which Nassar digitally penetrated them without gloves or warning – was actually sexual assault.

Women came forward alleging they had complained about Nassar to Michigan State officials as far back as 1997, and, in 2014, a university Title IX investigation cleared Nassar, ruling that a woman alleging sexual assault had misinterpreted legitimate medical treatment.

However, top university officials, led by Simon, publicly claimed Michigan State had done nothing wrong in handling prior complaints about Nassar.

"I have been told it is virtually impossible to stop a determined sexual predator and paedophile, that they will go to incomprehensible lengths to keep what they do in the shadows," Simon told Michigan State trustees in early 2017, as criticism from Nassar victims mounted.

The university's trustees maintained support for Simon, and her stance, until January, when an extraordinary seven-day, televised sentencing hearing garnered national attention to horrific stories of Nassar's abuse and the damage it wrought.

Simon resigned the day a Michigan judge sentenced Nassar to 40 to 175 years for his crimes.

"I think that the magnitude and the level of hurt that these women endured as kids made it essentially impossible for MSU to continue business as usual," Manly, the victims' attorney, said on Wednesday.

While Wednesday's settlement will remove Michigan State from Nassar-related litigation, the fall-out over his crimes is probably not yet over. In addition to the other lawsuits, congressional investigations continue, as well as law enforcement investigations in Michigan and Texas, where the Karolyis' ranch is located.

"These women are not going away. They are going to be there, holding these people accountable until this changes," Manly said.

"This is the beginning, not the end."