These dramatic images capture the moment a mighty croc took on a deadly snake.

The croc is shown tossing and turning in the river with the viper clamped and thrashing beneath his powerful jaws.

Despite an intense battle, the croc came off on top and got to gobble down his prey. Dr Rishani Gunasinghe, an amateur photographer from Sri Lanka, captured these stunning images of a crocodile fighting a Russell’s viper in a watering hole inside Yala National Park 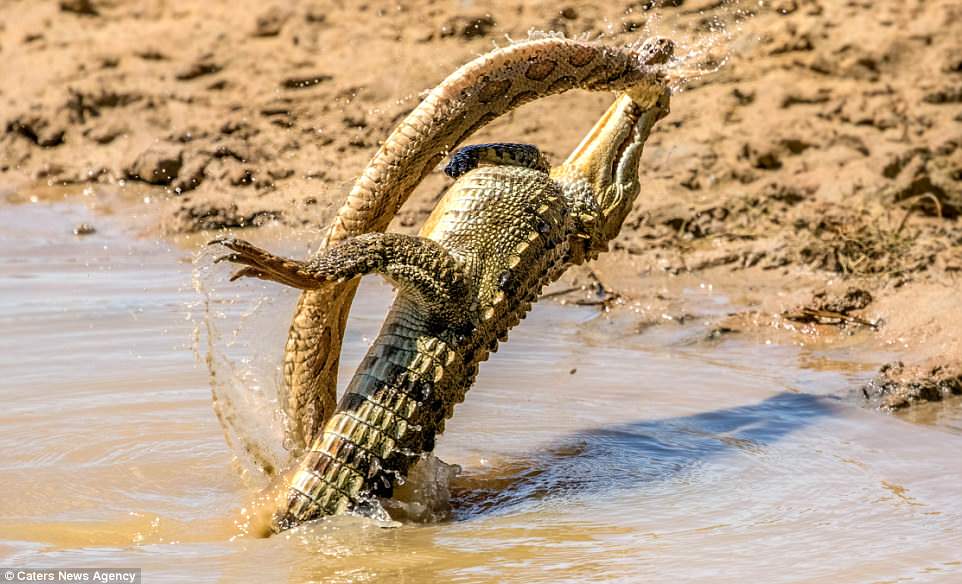 Dr Gunasinghe said most sightseers passed the watering hold by, but her group stopped after seeing a small white object near the crocodile which turned out to be a snake 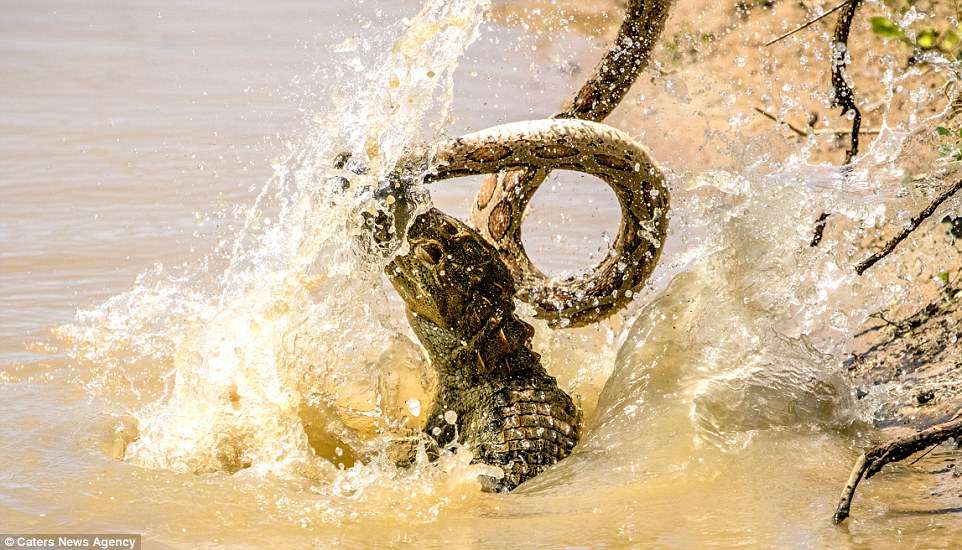 As Dr Gunasinghe watched the crocodile grabbed the snake in its jaws and hauled it out of the water. At first she thought it was a python because of its size, but it turned out to be a Russell’s Viper 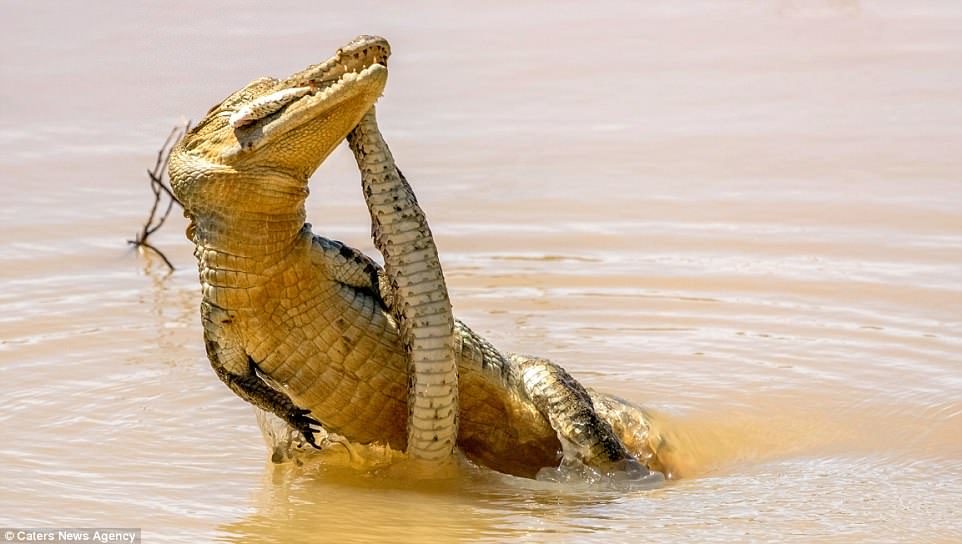 Russell’s vipers are venomous and are classed as one of India’s Big Four, which are the snakes that cause the majority of harmful or fatal bites to humans each year 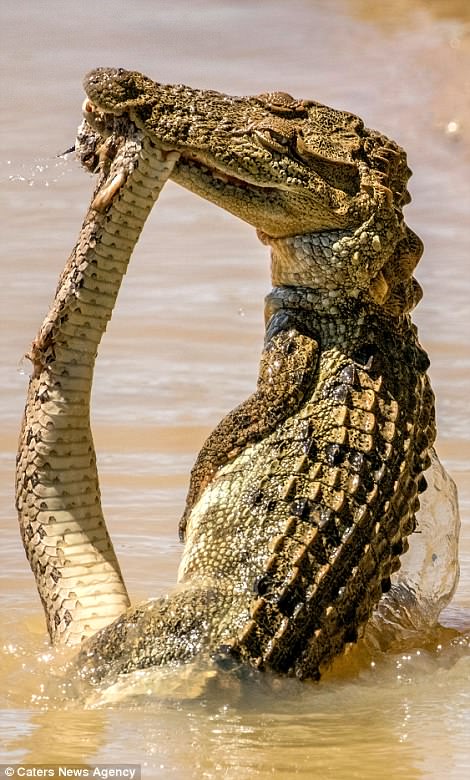 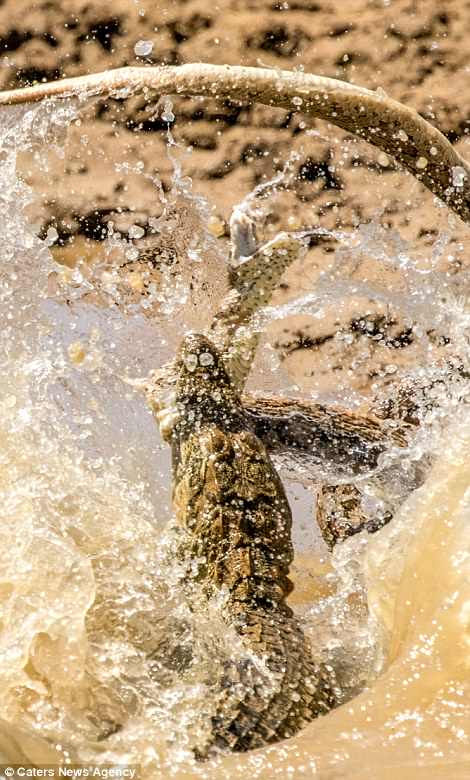 While it is not clear which species the crocodile belongs to, the country’s most common freshwater species is the mugger crocodile. They are ambush hunters and will eat almost anything they can catch, including birds, fish and other reptiles

Captured in Yala National Park in Sri Lanka, the images were taken by Dr Rishani Gunasinghe, a Patent Technology Specialist.

Rish said: ‘We came across a small waterhole by the main road that was home to a small croc, which most Jeeps seemed to ignore and pass by, crocs not being rare in the island.

‘However, there was something that initially appeared to be small and white close by, which sparked our interest and made us stop for a closer look.

‘Soon the croc took the white thing into its mouth and lifted it revealing a snake, and first, seeing only the underbelly and the enormous size, we assumed it was a python.

‘After a few quick photographs, I noticed the unmistakable chain of dorsal spots and realized it was actually a Russell’s Viper. 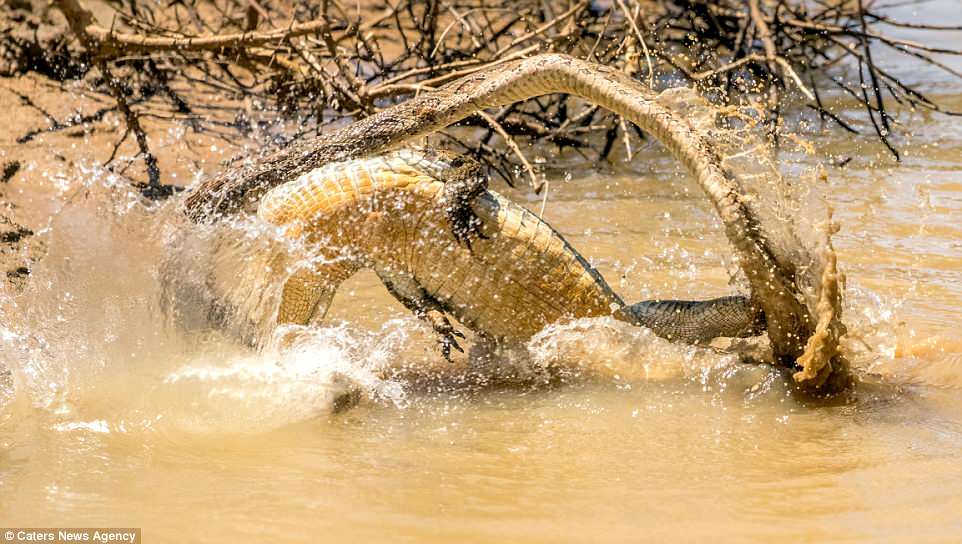 Dr Gunasinghe said she watched for several minutes as the crocodile thrashed around with the snake in its mouth, tearing the reptile to pieces in its jaws 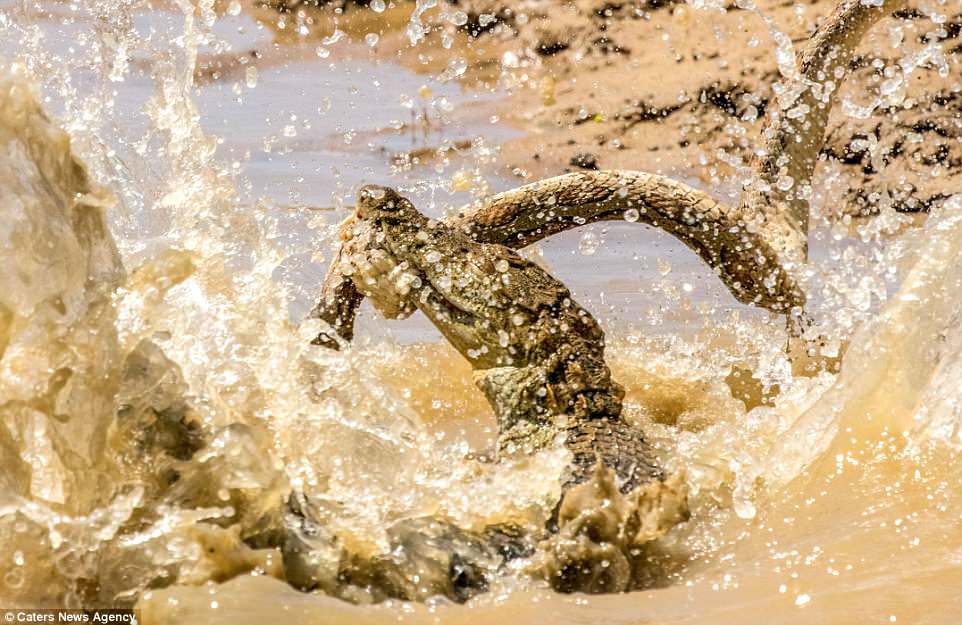 Crocodile’s heads are made of a solid piece of bone making them incapable of chewing, so in order to eat prey they must first thrash around to strip meat from its bones before swallowing it

‘Seeing a Russell’s viper in the wild, one of the deadliest snakes in the world, was indeed a treat, but to see a croc with one of possibly record size, and the superb spins and tosses displayed by the croc in trying to kill and devour the viper, was quite a show and possibly a once-in-a-lifetime encounter.

‘When I was taking the pictures, all I was thinking was getting both the croc and viper sharp and freezing the super-fast action as best as I could. Now I feel we were extremely lucky to witness such a rare event.

‘The Russell’s viper is an aggressive snake and in Sri Lanka, it is responsible for the highest snake bites, highest number of fatalities and it’s the second most venomous viper in the island.

‘It is said to have the longest fangs of any Sri Lankan snake. It feeds mainly on rodents and other arthropods, so it’s hard to think it targeted a croc.’