BERLIN (Reuters) – The German military has received a hefty boost in a revised budget plan from 2020 after Defence Minister Ursula von der Leyen refused to sign off the previous draft. 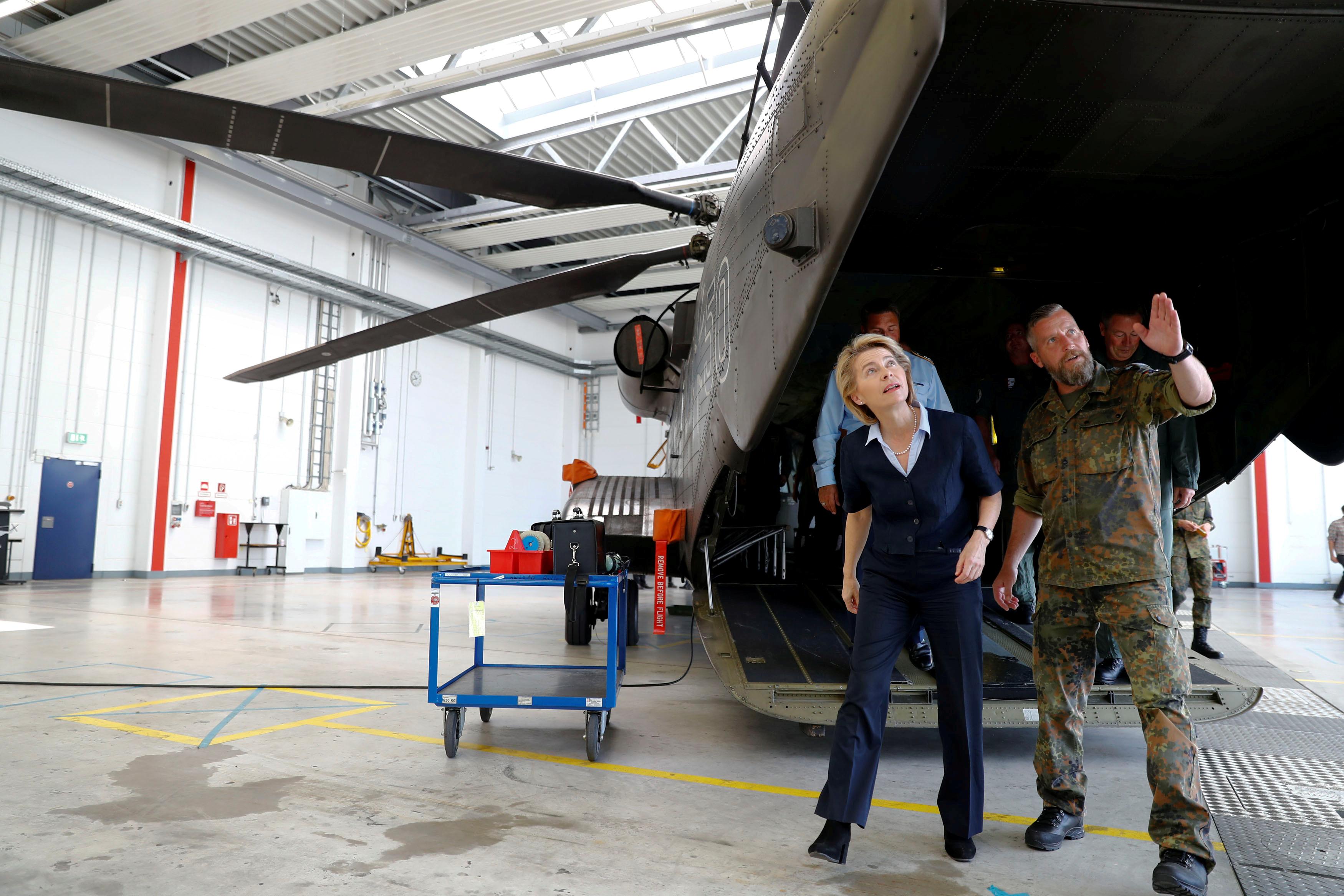 Finance Minister Olaf Scholz on Monday proposed adding 5.7 billion euros ($6.5 billion) to the planned military budget from 2020, to buy more ships, fighter jets and other weaponry over several years, on top of a more modest 323 million euro boost in 2019.

Germany is under pressure from U.S. President Donald Trump to boost its military spending to 2 percent of gross domestic product from the current 1.2 percent – an issue that has sparked great debate within the ruling coalition.

It was not immediately clear how the extra funding, set out in a 290-page list of proposed budget revisions seen by Reuters, would affect the military budget’s share of GDP.

But Scholz’s center-left Social Democrats, junior partners in the coalition, have been reluctant to accelerate military spending for fear of alienating more voters at a time when their polling numbers are collapsing.

The revisions, first reported in part by the Handelsblatt newspaper, will be debated in parliament this week, and could still be altered by the budget committee.

The document called for 5.6 billion euros to be spent on a new heavy-lift helicopter whose funding had been called into question, a sign that a formal competition will likely proceed next year between Boeing and Lockheed Martin.

The document also foresees additional spending on the new MKS180 multi-role warship, new Eurofighter Typhoon warplanes, and a missile defense program called TLVS that is to be built by European missile maker MBDA and Lockheed.