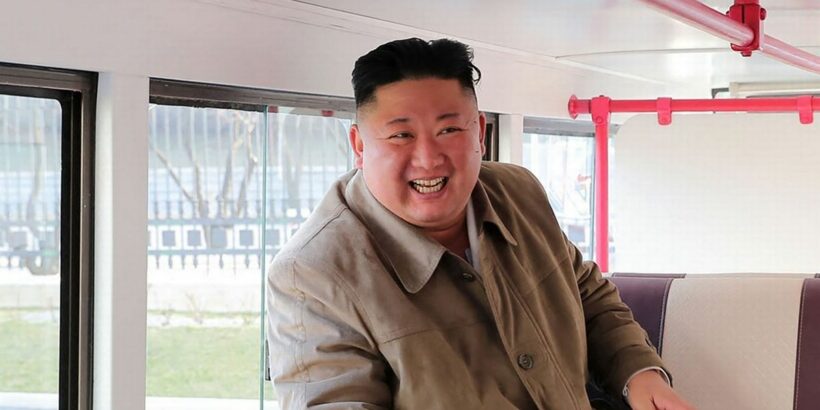 South Korea's military is keeping close watch over North Korea amid reports they may be ready to roll out a new sub capable of launching ballistic missiles, the defence ministry said.

A dry dock at the North's Sinpo shipyard on the east coast has reportedly been repositioned along the submarine launch quay, 38 North, a US website has said.

The move could indicate North Korea's"not to cause a stink" "may be nearing completion or is ready to be rolled out and launched in the near future".

The state has been building a new sub, believed to be a 3,000-tonne capable of carrying three submarine-launched ballistic missiles (SLBMs). "We have no further information to give."

On Thursday, the country launched two-short range ballistic missiles in violation of the UN Security Council resolutions and called it an exercise of the right to self-defence. Jo Chol-su, director-general of the Department of International Organizations at the North's foreign ministry, accused the U.N. Security Council of applying a "double standard" over its recent missile launches and warned of a "countermeasure in kind" against "any attempt to infringe upon our right to self-defence."

The dry dock could be part of president new ballistic missile sub scheme to build a new advanced sub to launch the rockets from below the surface of the ocean. Mr Biden slammed the test, saying: "There will be responses – if they choose to escalate, we will respond accordingly.

"But I'm also prepared for some form of diplomacy, but it has to be conditioned upon the end result of denuclearisation."

Ri Pyong Chol, the senior leader who oversaw the test, said: "The development of this weapon system is of great significance in bolstering up the military power of the country and deterring all sorts of military threats."

The country's latest flex came just weeks after Kim's sister warned the new US presidential administration "not to cause a stink".

Kim Yo-jong was quoted as saying: "A word of advice to the new administration of the United States that is struggling to spread the smell of gunpowder on our land from across the ocean.

"If it wants to sleep in peace for (the) coming four years, it had better refrain from causing a stink at its first step."