Millennials are more likely to regard Britain as a threat to world peace than China – and think Donald Trump’s US is more dangerous than Iran.

The stark divide between the attitudes of younger people and the older generations are laid bare in the findings from a new poll.

Research by Datapoll for MailOnline shows some 14 per cent of Millennials – those who reached adulthood after the year 2000 – view the UK as a ‘serious threat to world peace’.

By contrast just 1 per cent of the post-war Baby Boomers and 3 per cent of Generation X members said the same. 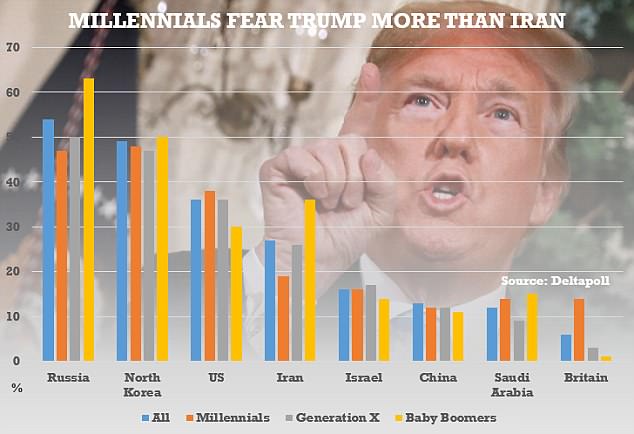 The poll asked people which countries they regarded as a risk to world peace. The US was viewed as dangerous by 38 per cent of Millennials, with the level dropping to 36 per cent and 30 per cent among the older age bands

Britain scored on a par with Saudi Arabia among Millennials for posing a danger, and ahead of China on 12 per cent.

Only slightly more of the generation – 19 per cent – saw Iran as a threat to the world.

The US was viewed as dangerous by 38 per cent of Millennials, with the level dropping to 36 per cent and 30 per cent among the older age bands.

Russia was seen as the biggest danger by everyone – but again there was a big split between the generations.

Some 47 per cent of Millennials, who will have few memories of the Cold War, thought Moscow was a threat to world peace.

The figure for Gen X was 50 per cent and for Baby Boomers 63 per cent.

North Korea was second most likely to be seen as a threat, with roughly half of each generation labelling the rogue state that way. 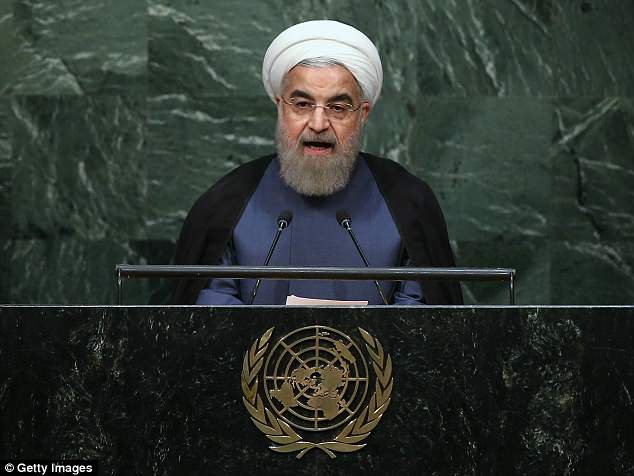 Some 19 per cent of Millennials saw Iran as a threat to the world, but 38 per cent said the US was a danger to peace 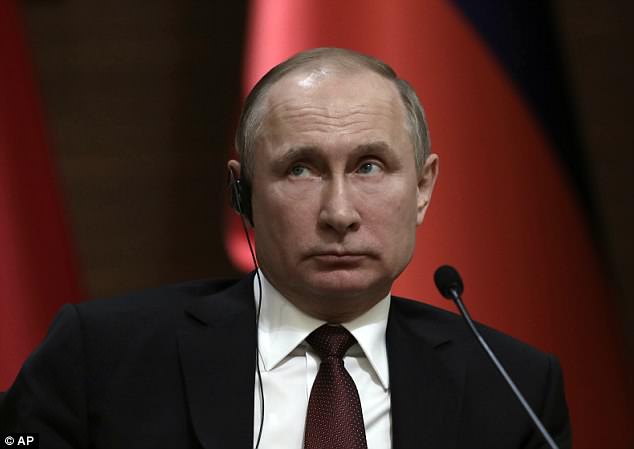 Russia, led by Vladimir Putin (pictured), was seen as the biggest danger by everyone – but again there was a big split between the generations

Deltapoll’s Joe Twyman said: ‘The result highlights the significant generational differences in Britain and particularly how younger people view their own country.

This could have profound implications for foreign policy decisions, especially heading towards Brexit, and for Britain’s “Special Relationship” with Donald Trump’s United States.’

:: Deltapoll interviewed an online sample of 1,013 GB adults aged 18+ between May 30 and June 1. The results have been weighted to the profile of all GB adults.