And the mastermind behind the big sting must have been wearing a beekeeping suit. 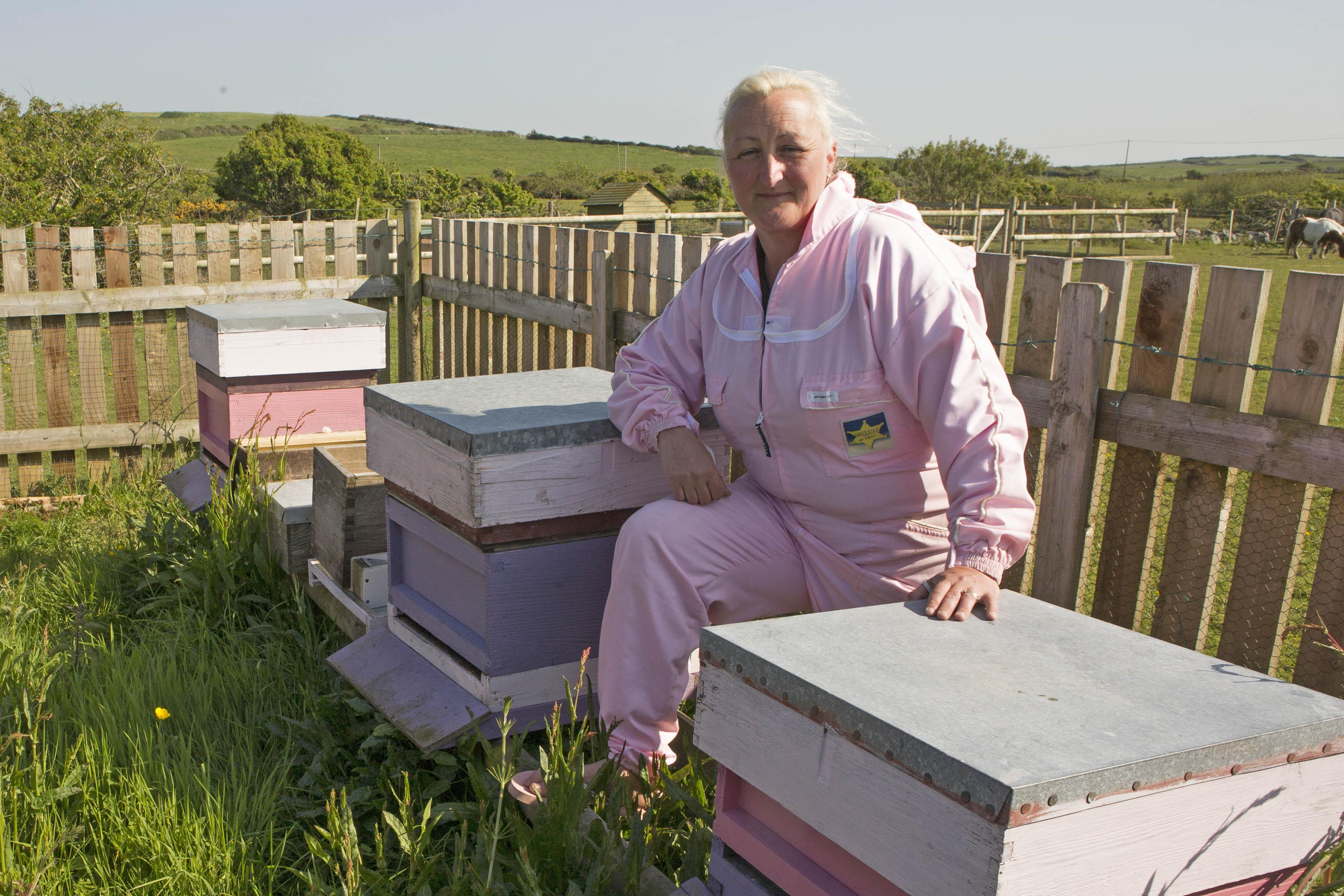 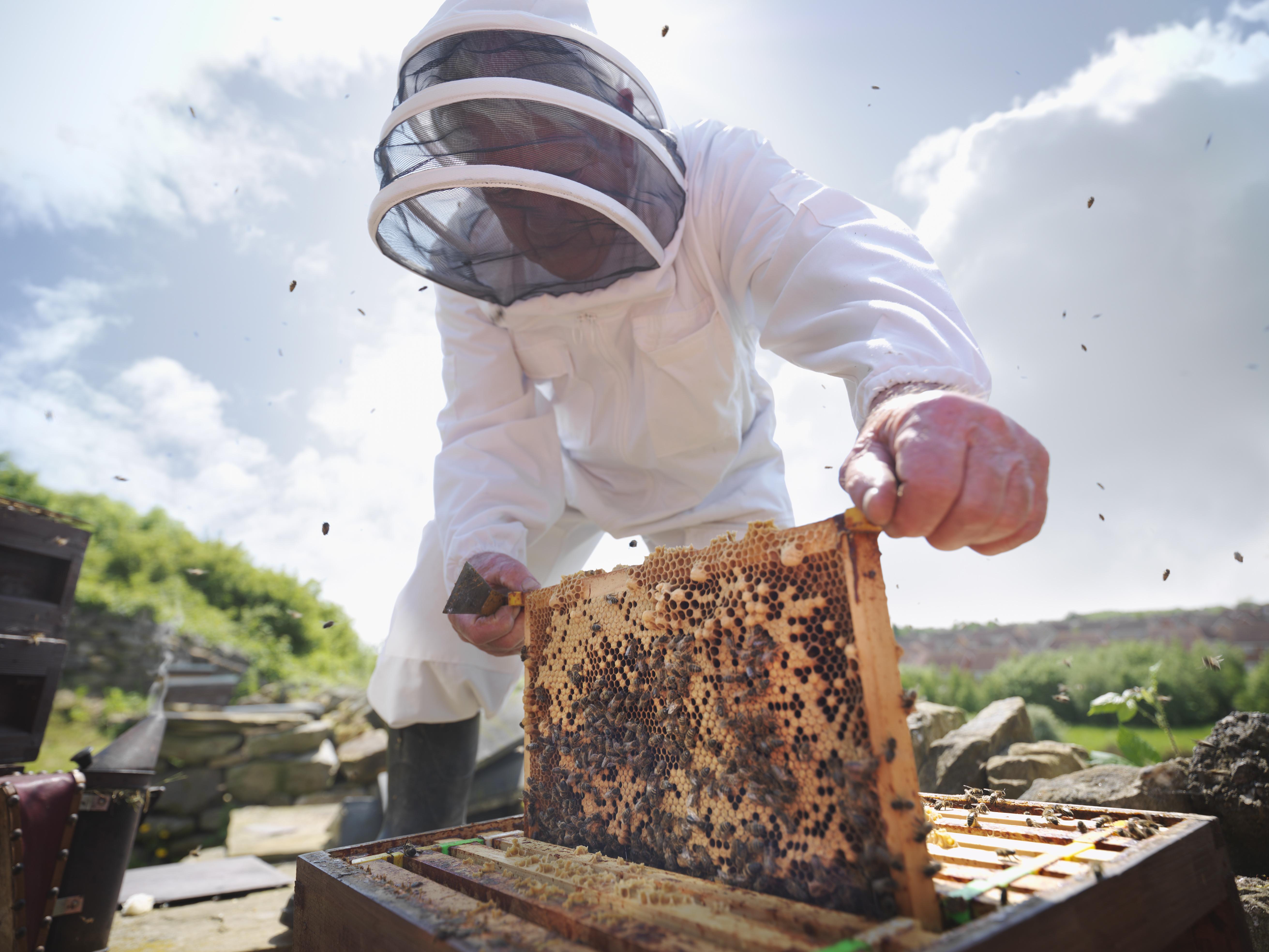 She said: “It’s impossible to trace a bee, so you can’t point one out to police and say, ‘Those are my bees’.

“Once they are gone, they are gone — it’s devastating. Our family farm has been here since 1532 and now I feel unsafe. Some scumbag simply packed up my hard work and put it in the back of a vehicle.

“I love all my bees, they are my world. When you open a hive you see 25,000 little faces looking up at you — it is horrific that they’re gone.” 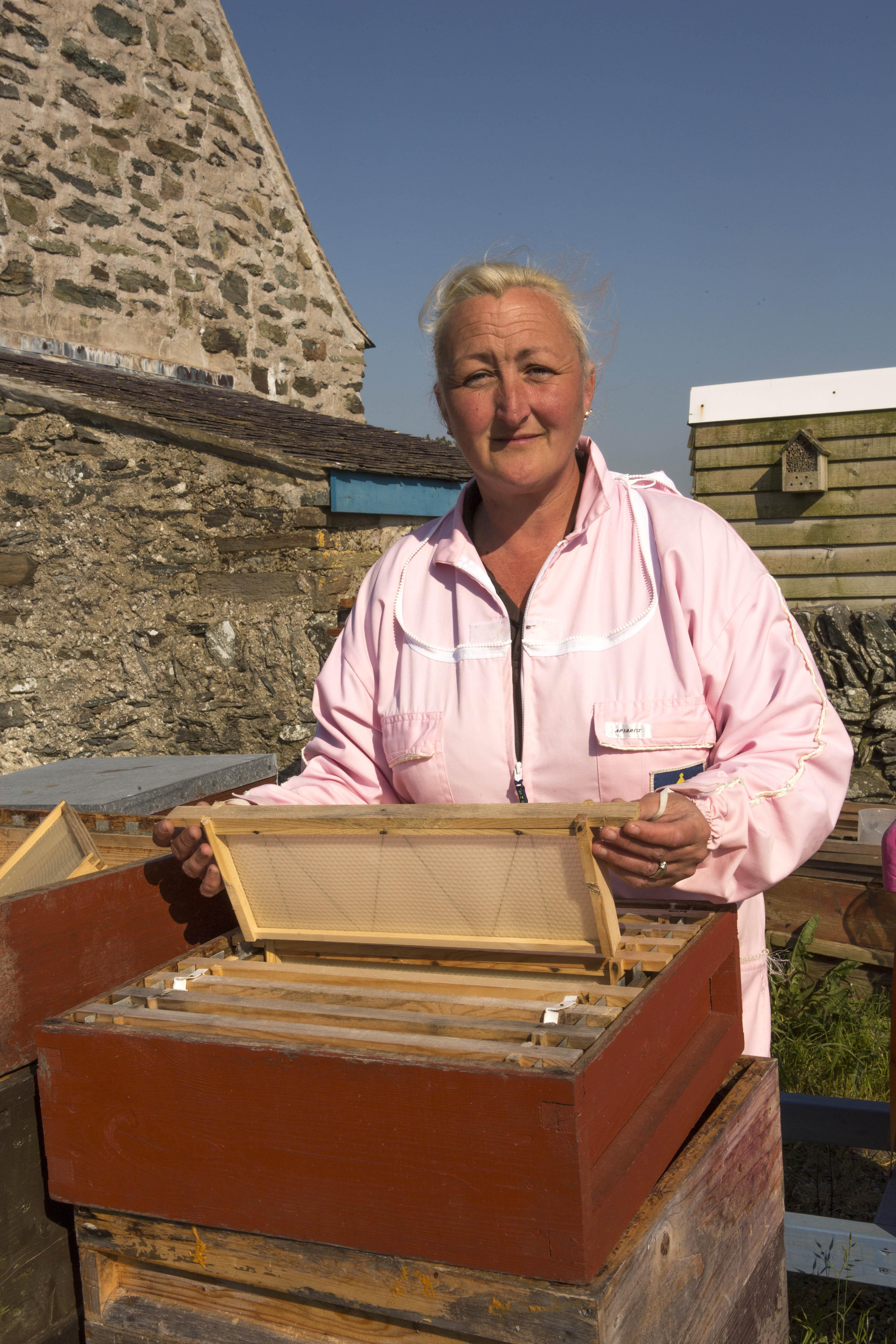 And this is not an isolated incident. Katie has been robbed twice — in 2015 and 2017 — as hive thefts rise across the UK.

A single hive can contain 10,000 to more than 60,000 honey bees and last week one beekeeper had 16 hives containing a million bees swiped from land near Braintree, Essex, in one of the biggest honey heists in the UK so far.

It's impossible to trace a bee. You can't point one out to the police and say, 'That's my bee!'

Since 2011 millions of bees have been stolen from apiaries across England and Wales.

One robbery in Lincolnshire saw thieves make off with £8,000 worth of bees and beekeeping equipment.

And last year 24,000 bees were stolen from an estate in South Yorkshire. 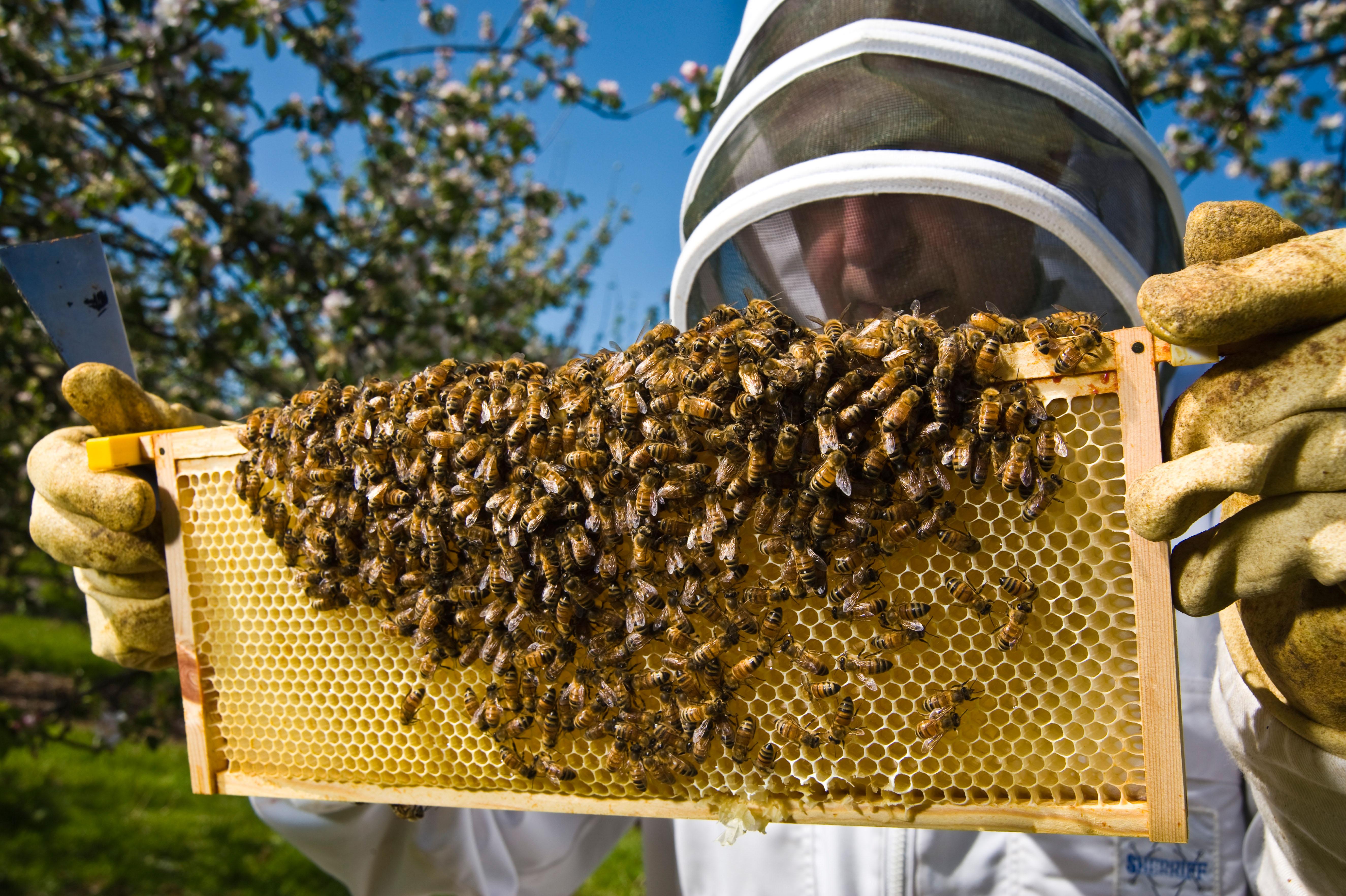 At the scene of the crime, investigators found a bee smoker — a device which calms the bees, making it easier to open the hive.

A few months later, not far from Katie Hayward’s home in Anglesey, 40,000 bees were stolen from hobbyist beekeeper Paul Williams. A witness spotted the culprit leaving the scene wearing a beekeeping suit.

But why are so many thieves targeting bee hives?

All about that buzz

“It is assumed that hobbyist beekeepers are unwittingly buying stolen bees off the internet or even in person.

“Climate change has meant that many beekeepers find that, come summer, half their colony has died off due to adverse weather, so they have become very precious indeed.” 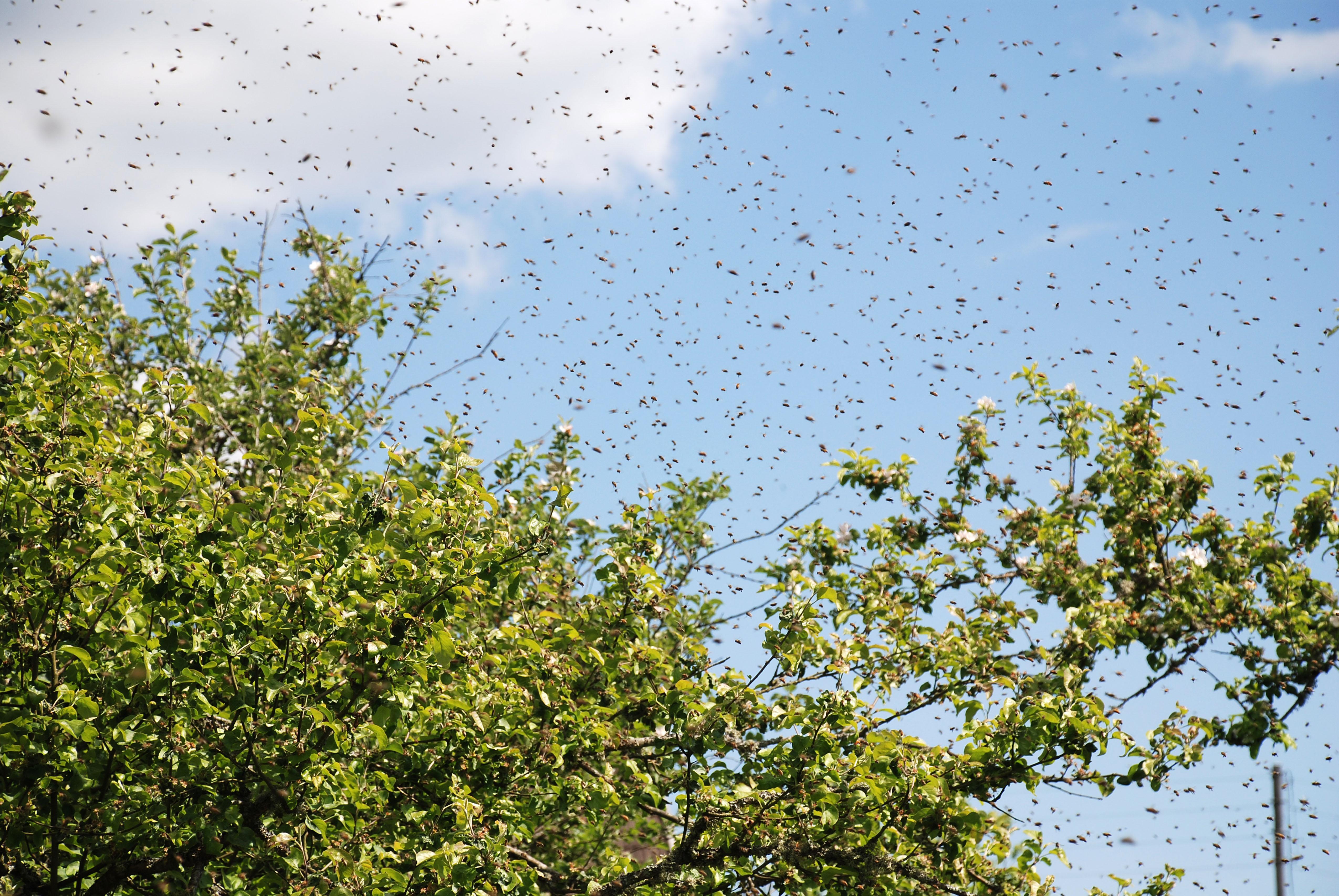 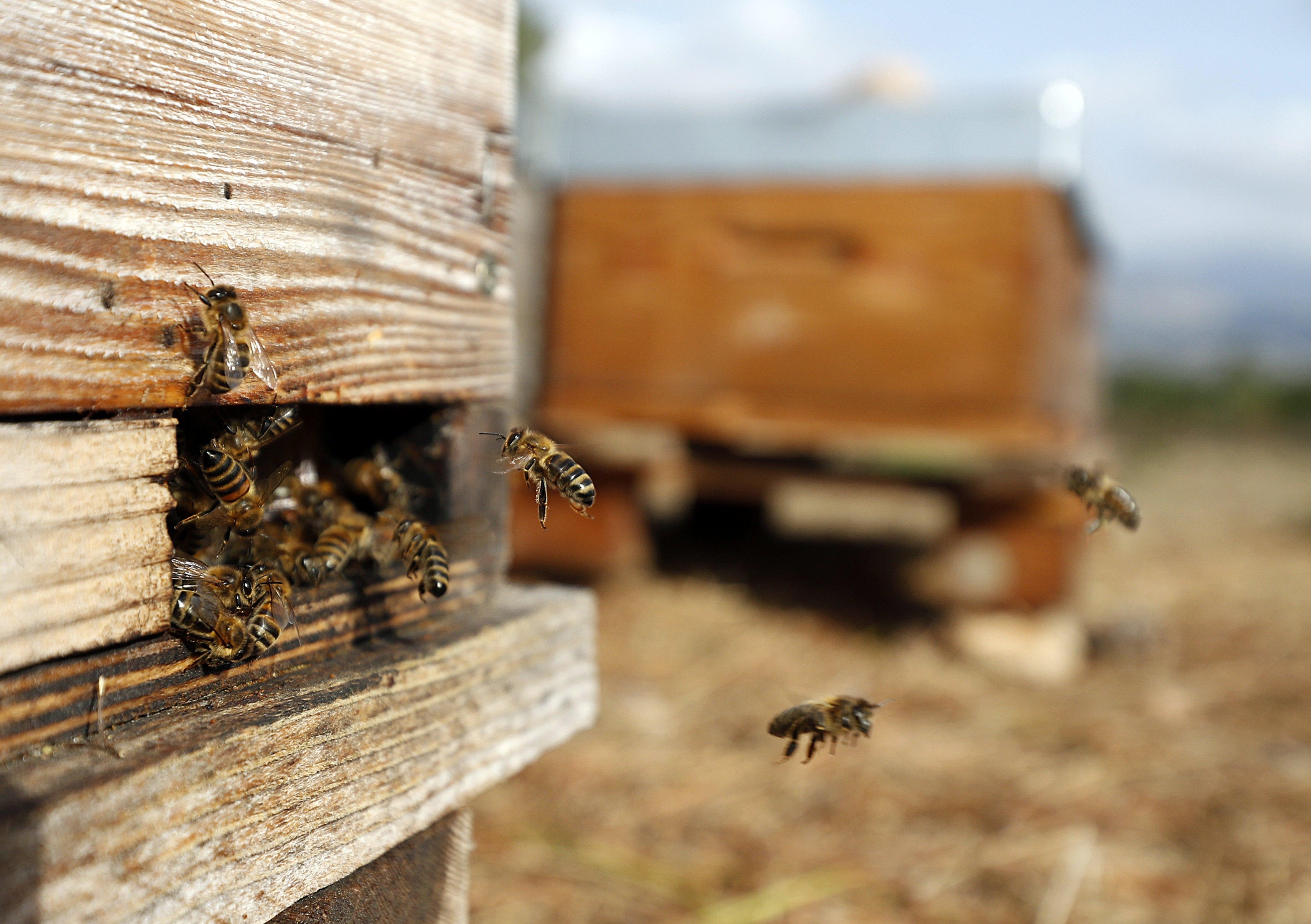 In America, where whole colonies of bees are transported on trucks to almond farms and olive groves to pollinate the crops — at great expense to farmers — bee rustling has become a lucrative criminal business too.

A few years ago the practice was unheard of in Britain, but rising costs and hives being easy pickings mean criminals looking to make a quick buck are tempted.

Bees are also being stolen and flogged to well-meaning environmentalists who take up beekeeping as a hobby.

This, coupled with increasing interest in artisan honey products, has added to the price of bees rocketing, leading to a thriving black — and yellow — market. 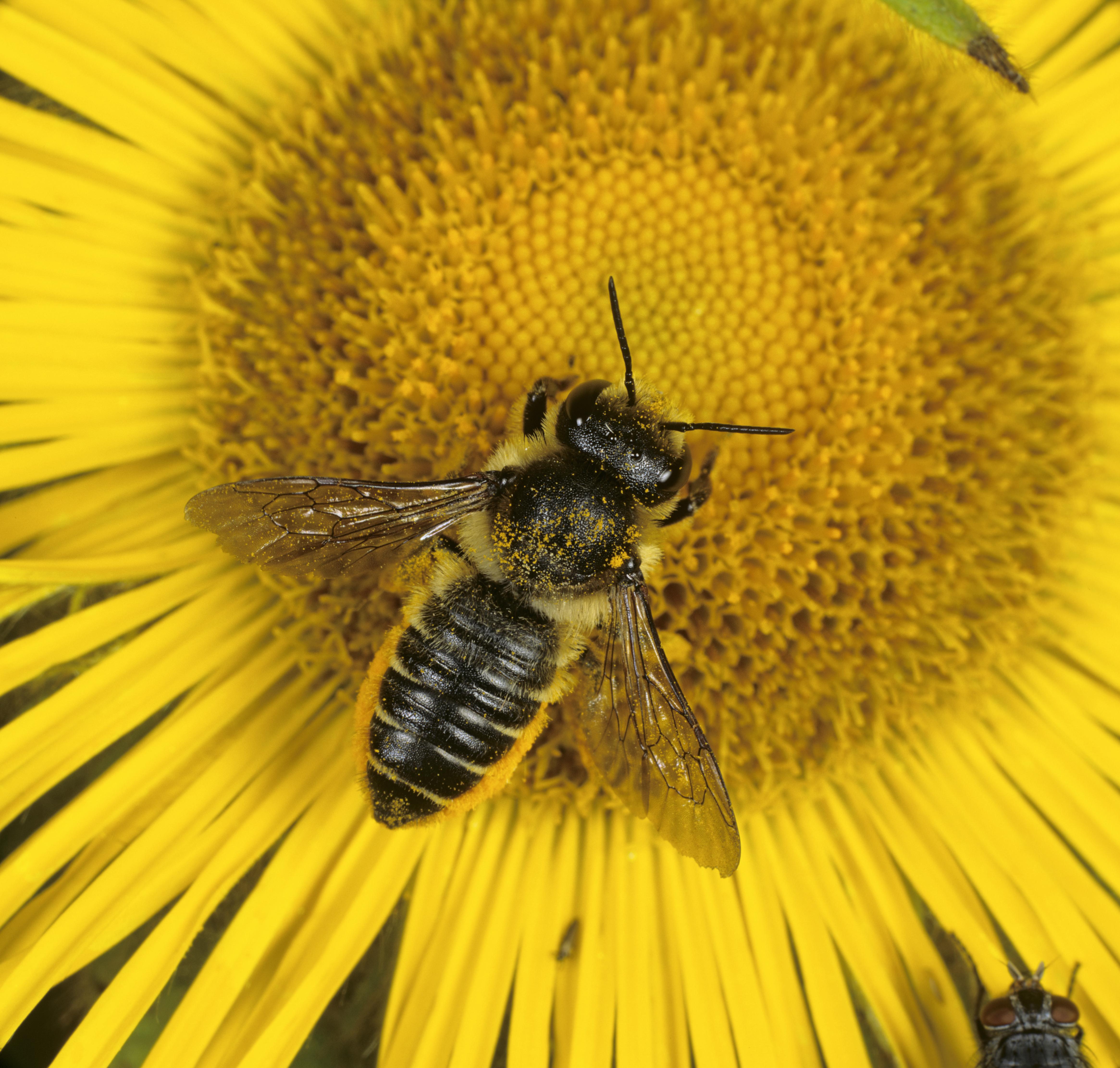 Last week Sainsbury’s announced it was putting certain jars of honey in plastic security boxes due to a rise in shoplifting.

Suddenly hives, which are often in isolated fields away from prying eyes, could represent a sizeable jackpot. Martin said: “There are lots of beekeepers new to the craft looking for a source of bees.

“Lots of people have taken up the hobby due to environmental concerns about colony collapse.

“This increase in demand has driven up the cost of bees and beehives.” 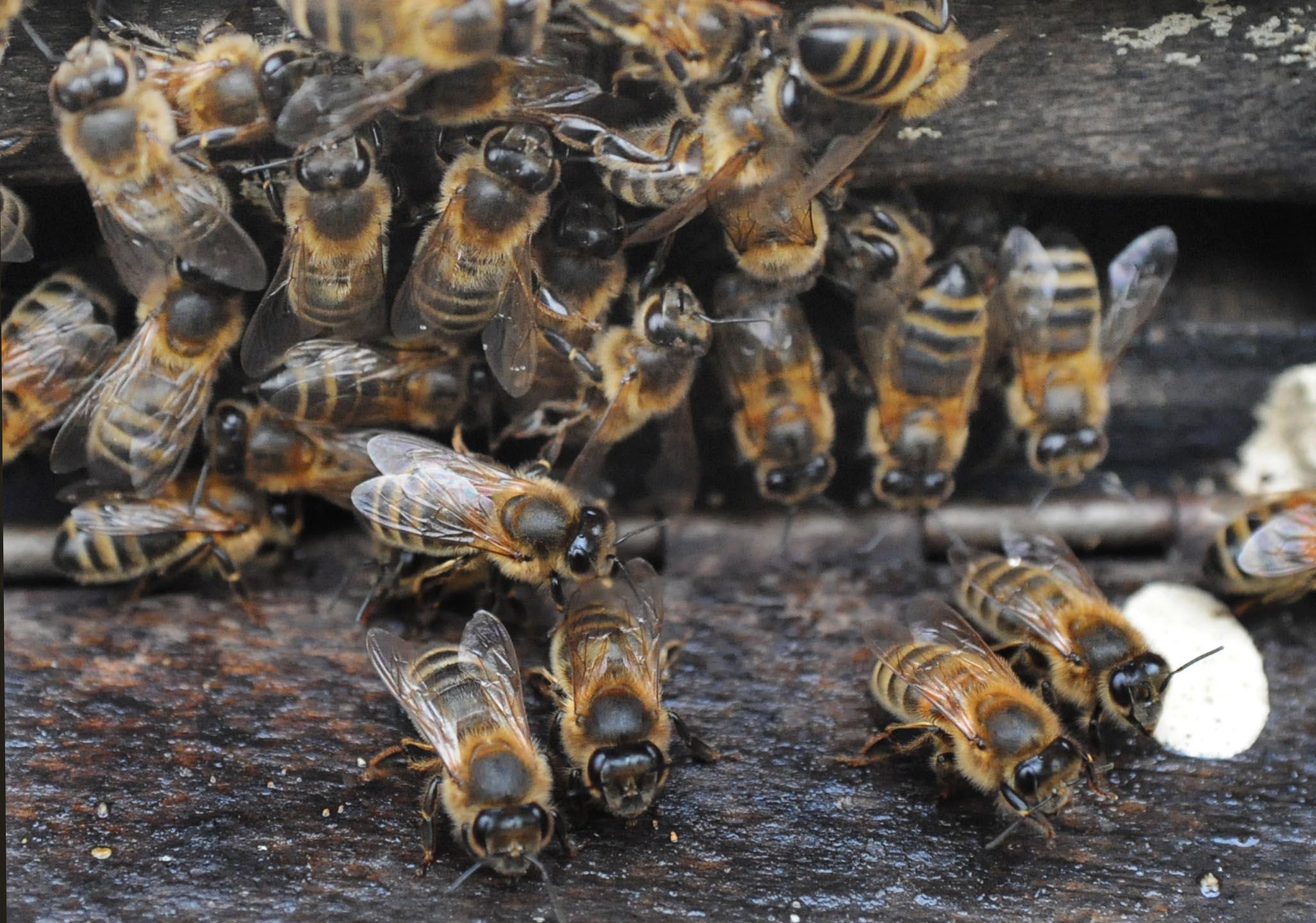 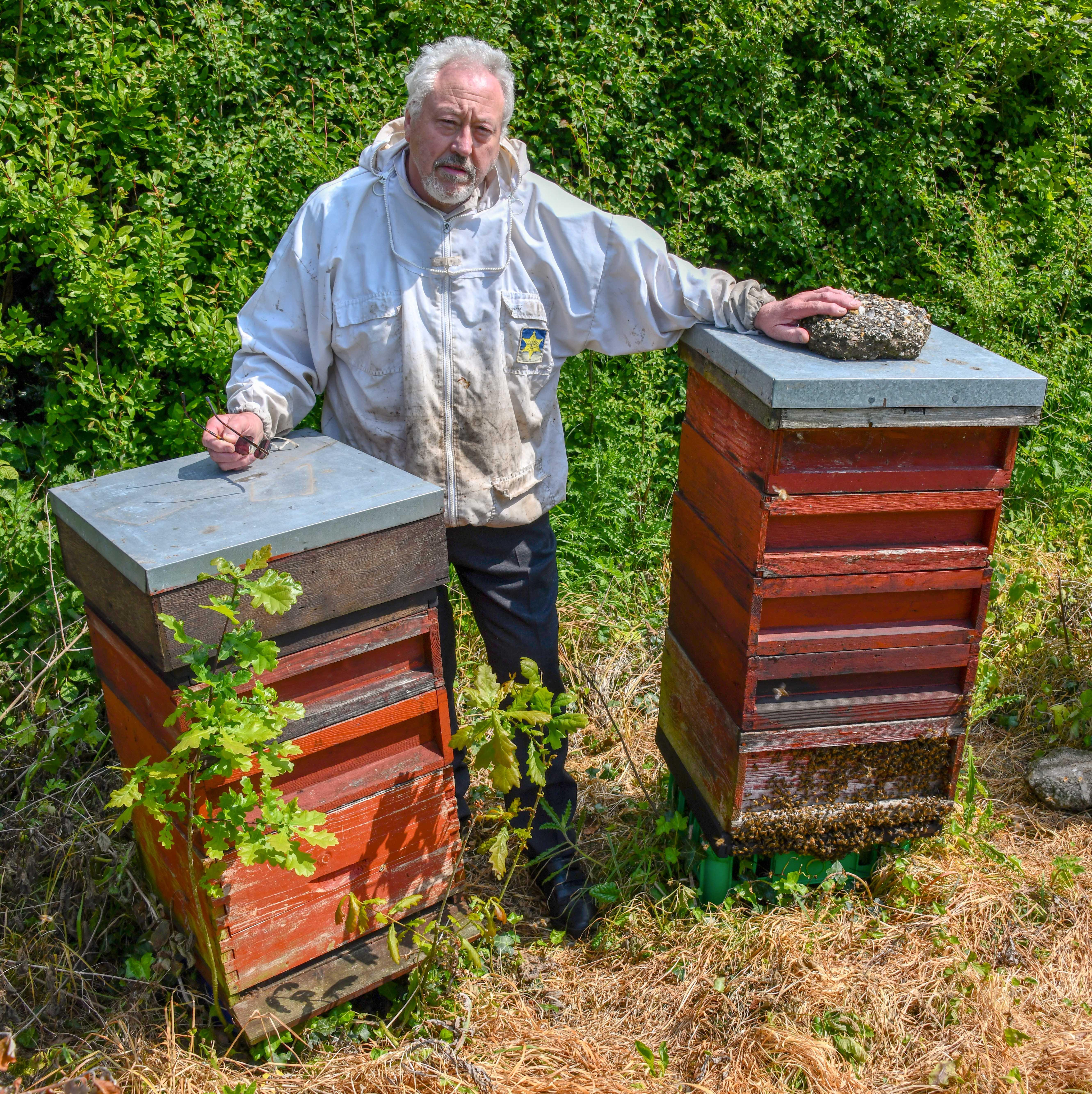 Offloading stolen bees can be tricky and as there have been no convictions, the beekeeping community are baffled as to how the stolen hives are being disposed of. The specialist knowledge required to steal a hive has led many to suspect that the thieves are beekeepers themselves.

The smoker found at the scene of one theft indicates that the thieves have access to beekeeping equipment.

Whoever stole my bees knew what he was doing. He had the equipment and the veil

Hobbyist beekeeper Roger Huson thinks his £600 worth of bees were stolen by an expert.

Roger, a physics teacher who appropriately enough lives in Beeston, Norfolk, had his insects and equipment stolen two years ago.

He said: “Whoever stole my bees knew what he was doing. He had the equipment and the veil. This was definitely the work of a beekeeper.

“Somebody spotted a car which pulled up, and the occupant told builders who were working nearby that he had come to move the bees.

“He had the gear on, loaded my hives in the back and drove off. It was very brazen.” 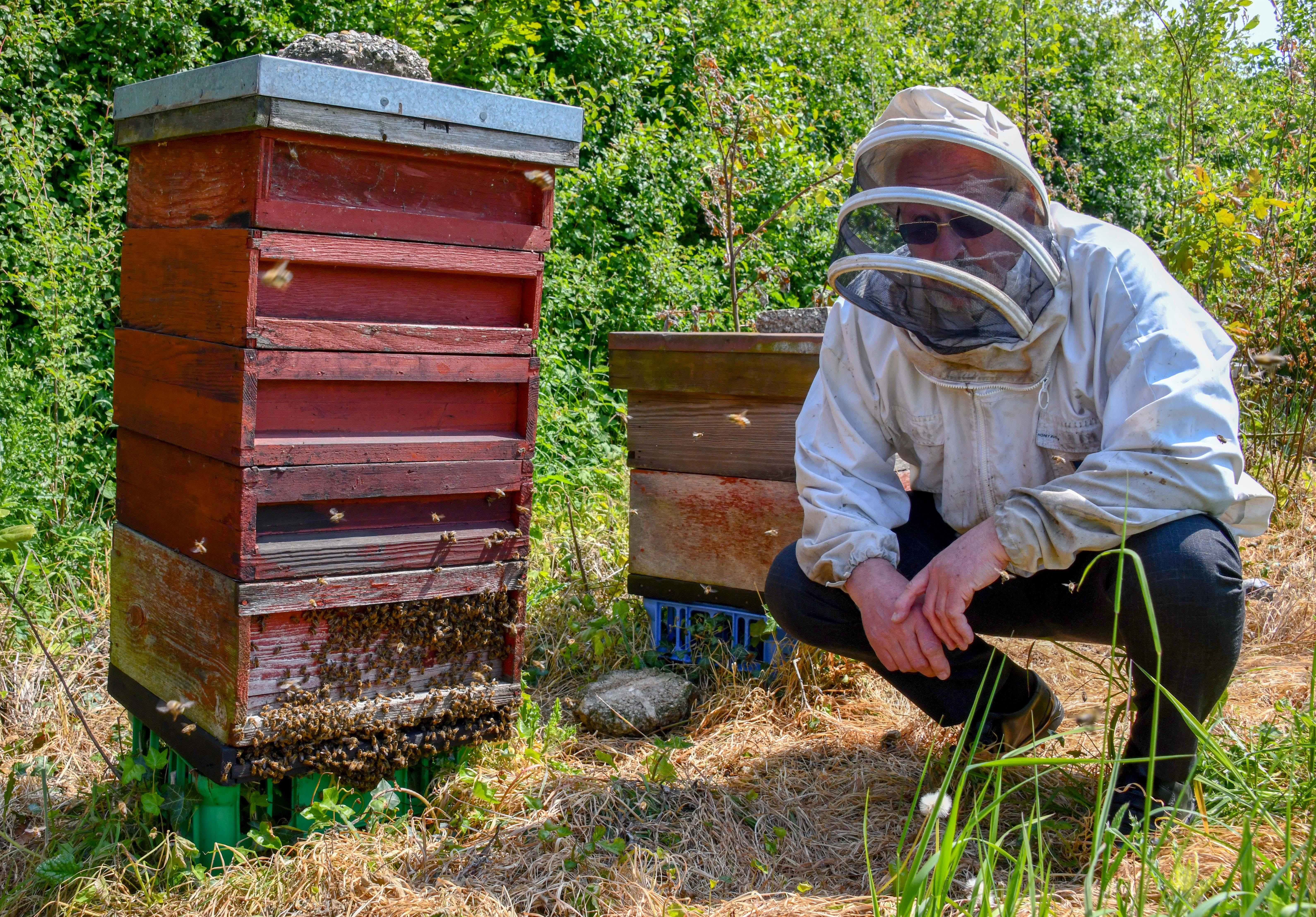 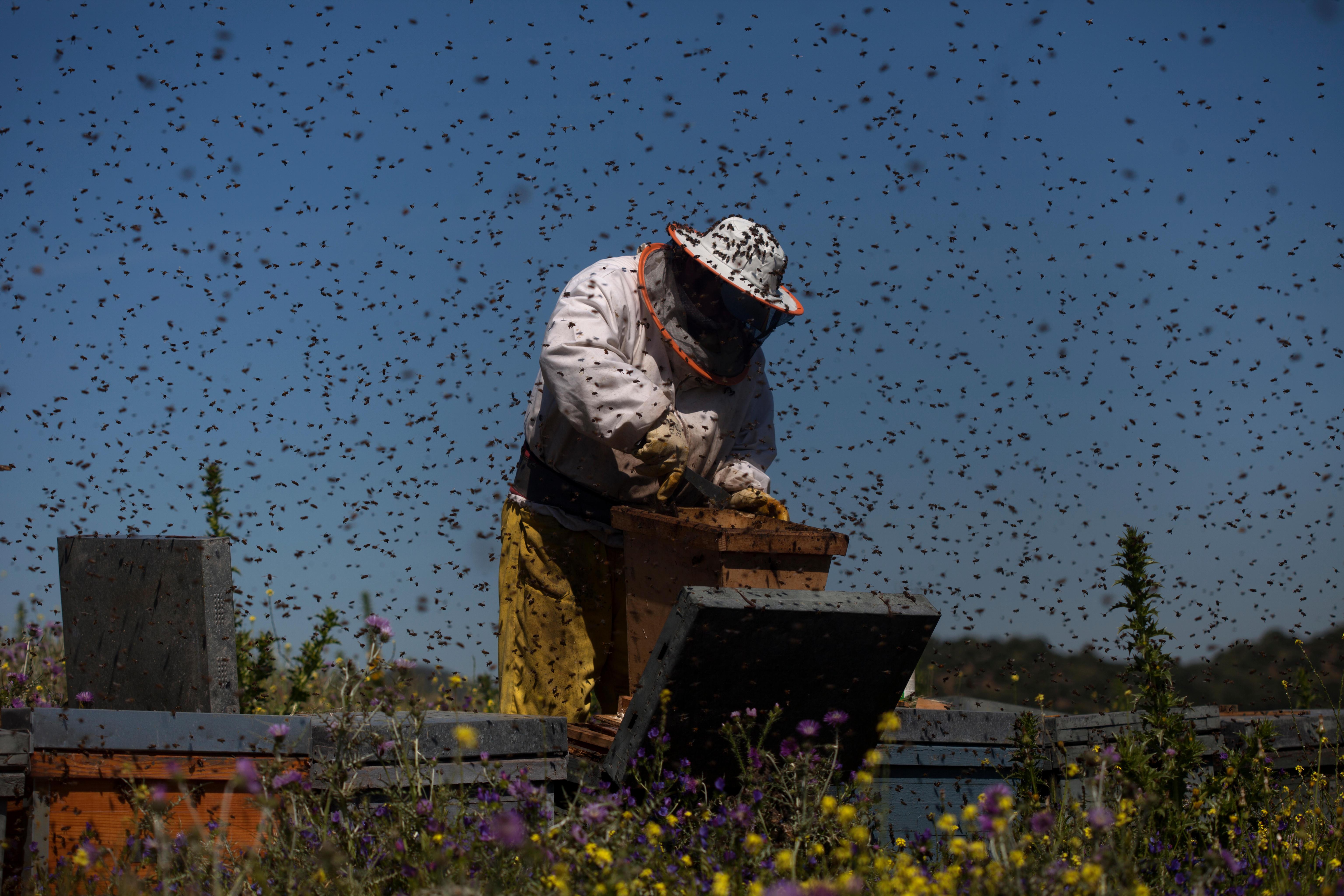 However Martin, from the Beekeepers’ Association, does not subscribe to the theory. He thinks the series of thefts could be the work of opportunist crooks.

He said: “One might have some ideas about the sort of person responsible, but in practical terms nobody knows.

“There have been no convictions. These are opportunists who have learned enough to be able to steal a beehive because they see a potential opportunity to sell them.

“It doesn’t require a huge amount of knowledge to steal one.

“It is pretty easy to secure a hive for transport without any beekeeping knowledge.”

In February this year Lara Manton, who runs Beekeeper Honey in Brackley, Northants, had 40 hives stolen from a field.

The rustlers who stole them made off with more than a million bees.

She said: “If you have the capability of moving 40 hives, each weighing 20kg, it is quite an operation. It is shocking.”

Martin said the best way for beekeepers to stamp out the criminal craze is to be mindful of where you buy your bees in the first place.

He said keepers should ensure they get them from a reputable breeder to block the black-market sellers.

He added: “You can’t go to some pub and buy bees off someone there. Buy locally.”