MILLIONS of Brits have admitted dating someone based on their FOOD choices.

They say a man’s stomach is the way to his heart, but the same could also be said for women as 22 per cent would only consider a future with someone who shared their taste in cuisine. 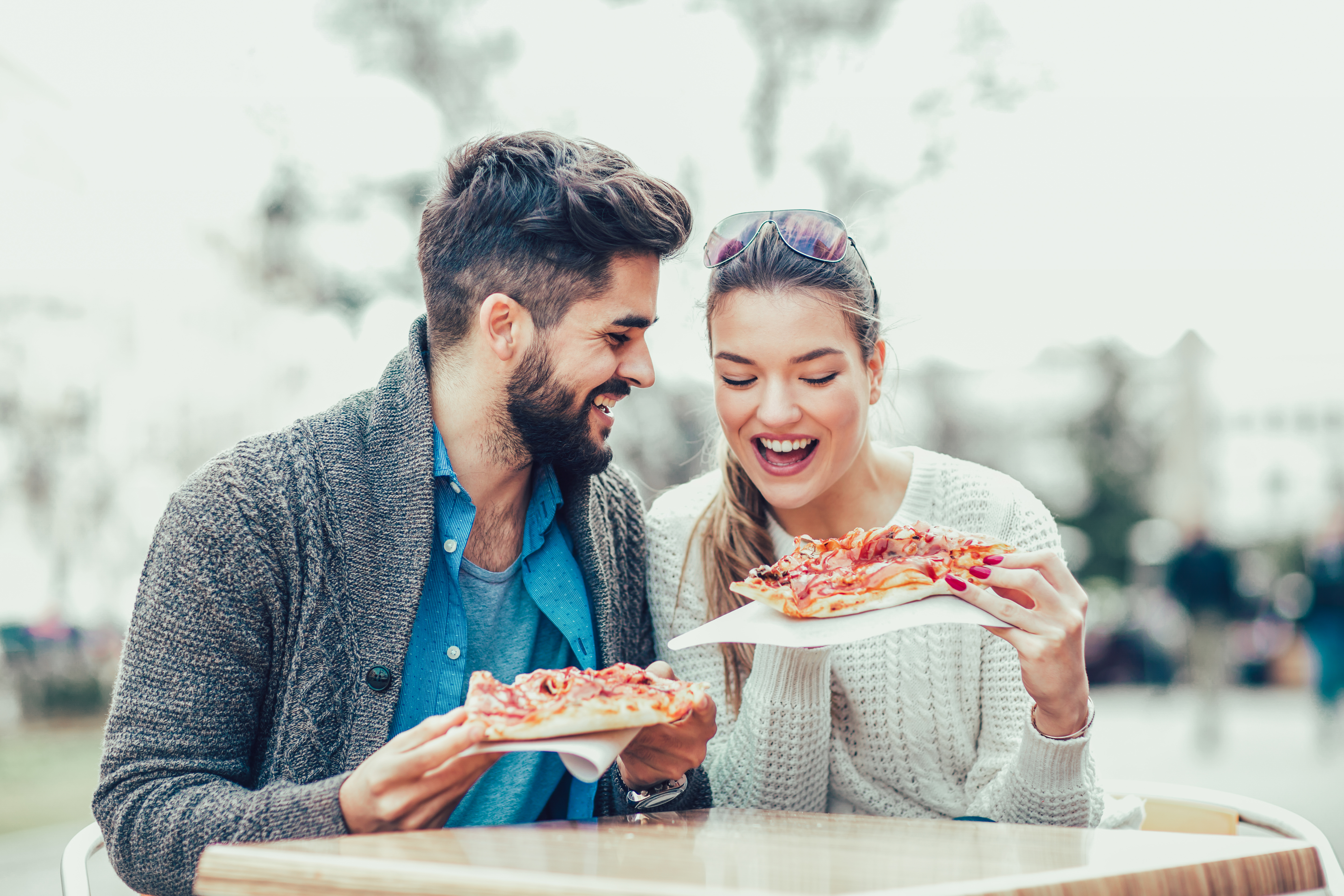 The study of 2,000 adults also found it really is a case of ‘love at first bite’ as 14 per cent would even end a budding romance if they had completely different food tastes.

And 11 per cent of those polled by Peperami Chicken Bites have, or would decide against a second date based on their prospective lover’s food order .

More than half believe someone liking the same dishes and flavours as them makes them more attractive, with 17 per cent feeling so passionate about it, they would refuse to date someone with different tastes – even if they were a millionaire.

It also emerged Brits are more likely to judge what is on their date’s plate than their shoes, what car they drive and how much money they make.

Incredibly, 30 per cent stated that food was more important to them than sex (17 per cent).

It’s clear that we don’t only make decisions about compatibility with our head and our heart – but our taste buds too.

Food psychologist, Dr Christy Fergusson, said: “Having studied the behavioural patterns behind people's relationships with food for many years, it isn’t surprising to hear that food plays such an important role when searching for a partner.

“What someone eats and the food choices they make can give important insights into who they are.

“In dating it helps us to assess if they are going to be a good fit for us and our lifestyle and values.

“Most people recognise that in dating and relationships so much of our interaction is centred around food.

“Where to go for a meal, what to buy from the supermarket, what to have for lunch, what takeaway to order from. Food choice compatibility can be key in dating.

“It’s clear that we don’t only make decisions about compatibility with our head and our heart – but our taste buds too.”

A quarter of those polled said sharing food tastes has a strong bearing on whether a date is going well, with 12 per cent admitting they would consider walking out on a date purely because of what the other person ordered.

And those who mention food on their online dating profiles are more likely to receive messages from potential suitors.

Looking at the cuisine Brits connect over, chicken was crowned the most popular dish to tuck into when on a date, while Italian was found to be the go-to cuisine (46 per cent), followed by British (43 per cent) and Chinese (24 per cent).

A third also said they would prefer a home-cooked dinner made for them rather than going to a fancy restaurant for a first date.

The study also found that for 40 per cent, it takes a mere five minutes to make a judgement of someone on a first meeting.

But of those currently in a relationship, just 55 per cent feel they are compatible with their partner when it comes to their food tastes.

The research forms part of Peperami’s latest campaign – Love at First Bite – an experiment where single celebrities are matched with complete strangers, based on their love of the same foods and flavours.

A Peperami spokesman added: “It’s interesting to understand how food can influence who we fall for and how ordering a controversial dish could mean the end of a short-lived romance.

“We want to help Brits find their soulmate, which is why we’re having a go at playing matchmaker.

"To give us the best chance of creating genuine connections, dishes will contain the most popular food voted by singletons – chicken.

“We’re looking forward to helping those who are often unlucky in love and seeing if it really is love at first bite.” 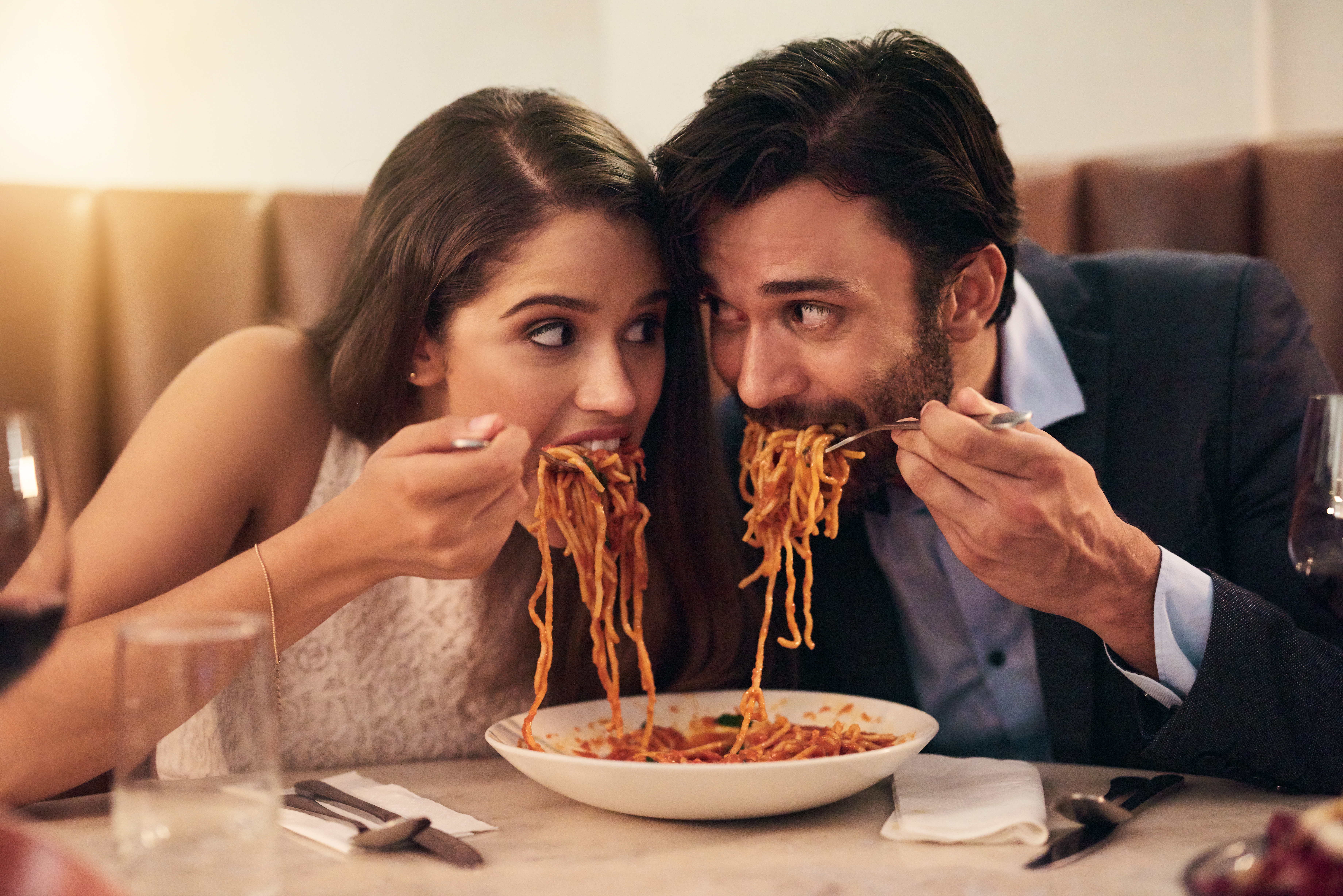