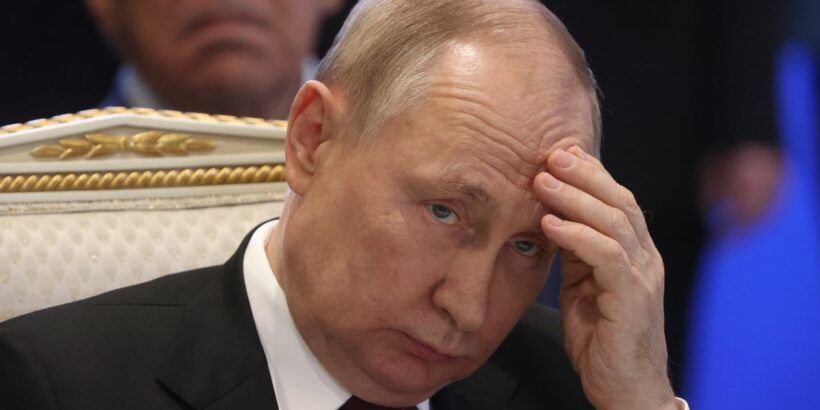 Vladimir Putin has botched yet another military strategy, this time by making the "mind-boggling" move to feature the Australian SAS on a billboard.

The image, if anything, has created some poor PR for the Special Air Service Regiment of Australia, who find themselves dealing with tyrant Putin and his copyright theft.

A US military photographer had in fact captured the image that despot Putin is now displaying on billboards in Russia, with the not-so-secret Wagner group taking claim of the image in sick propaganda.

Rostov-on-Dov was one of a handful of locations the image was regurgitated by Russians, as well as on an online forum.

Presumably hoping to bolster the military mood at home, Russian military forums nabbed the image years after it was taken, and it was subsequently used on billboards and posters after the invasion of Ukraine.

Gagan Dhiman, the US military photographer who snapped the shot of the pilot looking "bad a**" in 2013, said it was "mind-boggling" that his image would be used this way.

Dhiman said: "It's really mind-boggling. It feels surreal the way that images are being used. It was just really strange to see my photograph on a billboard in Russia.

"It was very frustrating for many reasons. One, it's my intellectual property that is being abused. And so yeah, it's really strange.

It appears that Dhiman's image has been used and stolen by the Wagner group in Russia, a not-so private military organisation that has been linked with the war in Ukraine.

Russian officials appear to have enlisted the paramilitary death squads to bolster their own forces during the war in Ukraine, news.com.au reported.

Links between the squad and their presence in Ukraine were confirmed by the British Government back in April, where it was said "more than 1000 mercenaries, including senior leaders," had been deployed.