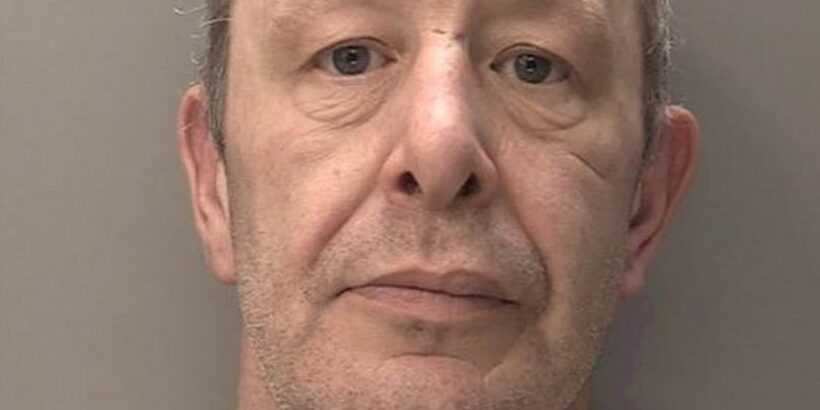 A man jailed for murder claimed in court that his victim had asked him to do it.

Edward Hinds, 37, was stabbed to death on or around February 17. His feet were then tied with rope to a concrete block and his body dumped in a reservoir in Cornwall.

In court on Wednesday, Nigel Honey, who had been employed as a “minder” by the deceased, pleaded guilty to murdering Hinds, reports Cornwall Live.

Honey, 50, said that Hinds, wanted to kill himself and he’d helped him do it by pushing a knife into his chest. Neither of the men were thought to have been under the influence of drink or drugs at the time.

Honey told his stepdaughter that he disposed of the body in the water, as Hinds “wanted to be in the river with nature”.

At Truro Crown Court, prosecuting barrister Kevin Hopper QC told the court how on February 18 at around 3:30pm a man was walking at Drift Reservoir near Penzance when he saw a body floating in the water.

The walker called the police and officers promptly arrived and identified the deceased as Mr Hinds, who had sustained a suspicious stab wound to the chest.

Hinds’s mother described how he had struggled with his mental health and that in 2020 had inherited £133,000, with a further £10,000 being received in the following January.

The court heard how after receiving the money Hinds bought a BMW and friends and staff at the local pub recall seeing Honey accompanying Hinds, some saying he “looked like a security detail” with both men dressed in black suits.

A customer at the pub recalled Mr Hinds as “somebody who would talk”, making claims about being a prince and having had people killed.

The pair stayed at a number of pubs before renting a property in Cornwall.

During this time both men visited Honey’s friend Brian Williams. During the visit Hinds told him he was in the Italian mafia and there was going to be a revolution after Christmas and that Boris Johnson was behind it.

Both men told Williams that they were “in trouble with drug dealers”.

Over the following months Mr Hinds called and messaged to his family members on several saying he was concerned for his safety, that he wanted to help Honey and give him a new life but he’d "given him so much s**t" that he needed a 'shooter' and 'protection from the supreme council'," as well as other strange messages about the freemasons and access to the Palace.

On February 17, shortly before 8am, Honey turned up at Mr Williams’ house, asking if he could help him lift a body over a shaft. He refused and a short tie later saw Honey driving past in Mr Hinds’ BMW. Mr Hopper told the court it was “highly likely” Hinds was in the boot.

Honey then proceeded to withdraw money from Hinds’s bank accounts, taking out £1,140 over four days, before calling Mr Williams saying he’d taken some rope and left some money as a thanks.

The boot of the car was heavily contaminated with blood when Honey was stopped by police after his vehicle triggered an ANPR camera. He was found with £550 in cash and two cards belonging to Mr Hinds.

Sentencing Honey to 18 years behind bars, Judge Simon Carr said: “Edward Hinds was 37 and described by his mother as someone who is caring and loving who made a success of his personal and professional life but in his last years suffered bouts of severe depression and expressed paranoid beliefs and thoughts.

“He resulted to self-medication with alcohol and cocaine. By 2020 he was extremely vulnerable and received substantial inheritance.

Judge Carr went on to describe how what happened at the time of Mr Hinds’ death was largely dependant on Honey’s account, however the evidence seems to support that.

Judge Carr rubbished the suggestion that it was a mercy killing, saying that Honey knew how mentally ill Mr Hinds was and that he should have sought care that would have seen him recover and live a healthy life.