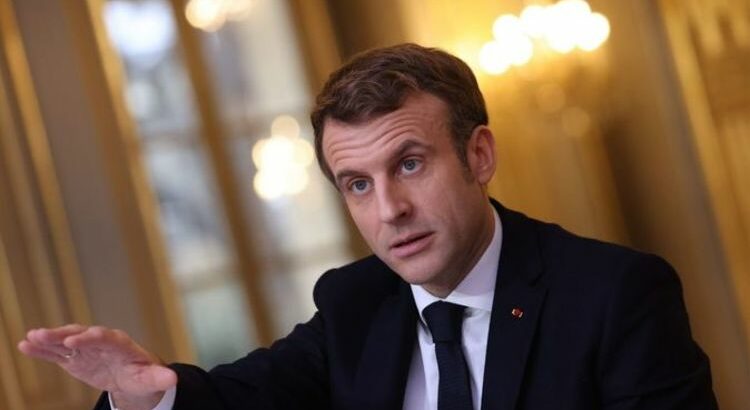 This prompted an impassioned tweet from French politician François Asselineau in which he proclaimed the “benefits of Brexit for the people”.

He also detailed the wage difference, writing: “Since the referendum #Brexit, the minimum wage is constantly rising.”

Mr Asselineau is the French presidential candidate for the Popular Republican Union, a party he created himself with the intention of promoting France’s withdrawal from the EU – also known as ‘Frexit’.

French president Emmanuel Macron said in 2017 he would consider Frexit if the French people demanded it. But Mr Macron has since largely stuck to his pro-EU stance.

However, the appeal of a higher minimum wage like that of post-Brexit Britain may tip the scales further in favour of Frexit.

Nye Cominetti, an economist at the Resolution Foundation think tank, has described the UK’s rising minimum wage as a “full-scale economic experiment”.

He stated that, while economists generally believe rising minimum wages will reduce the employment rate, no one knows when this will occur.

Mr Cominetti told Le Monde: “The UK is increasing gradually, experimenting year after year. And, so far, there’s no effect on employment.”

Even the Covid pandemic has not negatively impacted the UK’s employment rate, with 420,000 more jobs available today than before it started.

The UK’s surprising ability to maintain high employment levels while increasing the minimum wage dates back to a plan formed during David Cameron’s Government.

He set a target to gradually increase the British minimum wage to 60 percent of the median wage, up from just below 50 percent – a target that was achieved in April 2020.

The surprising success of the UK’s strategy was described by HSBC economist Chris Hare as “the story of the dog that didn’t bark”.

Calls for Frexit have also gained traction in recent months following disagreements over the imposition of Covid restrictions in France.