Ministers are risking national security by ‘turning a blind eye’ to dirty Russian money flooding London, say MPs – a day after it emerged that Roman Abramovich’s visa has NOT renewed amid spy poisoning fallout 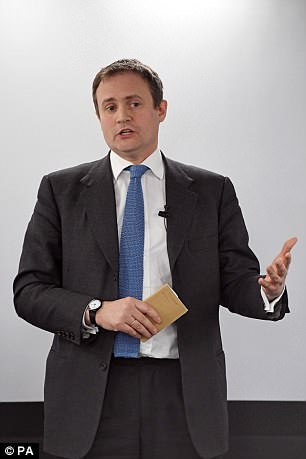 Ministers were today accused of risking national security by ‘turning a blind eye’ to the Russian ‘dirty money’ flowing through the City of London.

MPs on the Commons Foreign Affairs Committee said despite the outcry over the Salisbury nerve agent attack, President Vladimir Putin and his allies were continuing to use the City as a base for their ‘corrupt assets’.

In damning conclusions, the MPs said the government needed to show ‘stronger political leadership’, with further sanctions against ‘Kremlin-connected individuals’ and action to close loopholes in the existing regime.

Assets stored and laundered in London, the committee said, were being used to support Mr Putin’s campaign to subvert the international-rules based order and undermine Western allies and that combating it should be a ‘major UK foreign policy priority’.

Despite the attempt assassination of former spy Sergei Skripal and his daughter, Yulia, using a Novichok nerve agent, blamed by Britain on the Kremlin, the committee said it remained ‘business as usual’ for wealthy oligarchs.

The report has been published as it emerged Chelsea owner Roman Abramovich has not yet had his UK visa renewed by the Home Office.

The committee, chaired by Tory MP Tom Tughendhat, has tried to press Foreign Secretary Boris Johnson on what could be done to halt to flow of corrupt money into the UK.

But following the hearing, the committee concluded Mr Johnson suggested ‘there was no real role for Government in this process’.

‘Despite the strong rhetoric, President Putin and his allies have been able to continue ‘business as usual’ by hiding and laundering their corrupt assets in London,’ the committee said.

‘These assets, on which the Kremlin can call at any time, both directly and indirectly support President Putin’s campaign to subvert the international rules-based system, undermine our allies, and erode the mutually-reinforcing international networks that support UK foreign policy.

‘This has clear implications for our national security. Turning a blind eye to London’s role in hiding the proceeds of Kremlin-connected corruption risks signalling that the UK is not serious about confronting the full spectrum of President Putin’s offensive measures.’ 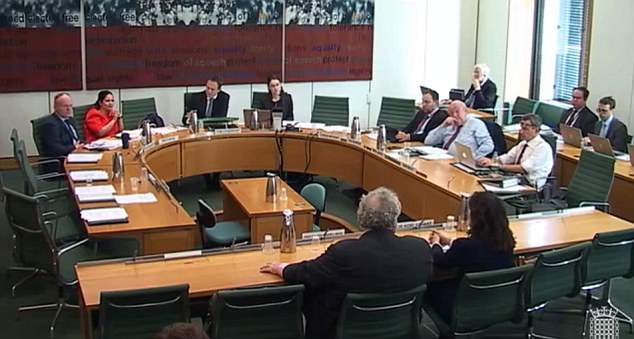 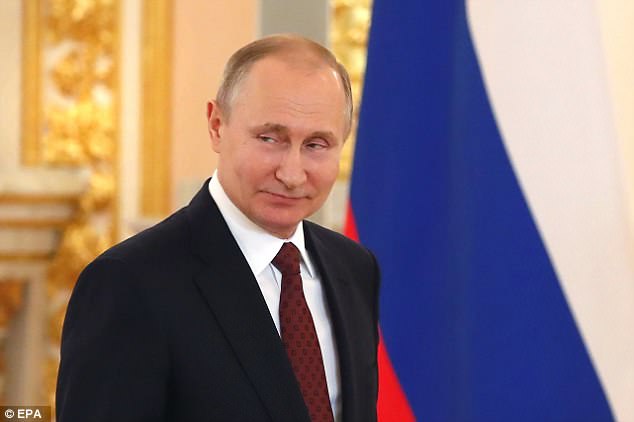 MPs said despite the outcry over the Salisbury nerve agent attack, President Vladimir Putin  (file image) and his allies were continuing to use the City as a base for their ‘corrupt assets’

The committee called on the Government to work with US and EU allies to identify and sanction individuals and entities used by the Kremlin in carrying out its ‘acts aggression’ – including disinformation campaigns, the destabilisation of neighbouring states and foreign assassinations.

Writing yesterday, Mr Tughendhat warned that London’s markets are ‘enabling’ the Kremlin to spread its influence across the West by letting Russians trade and buy luxury property in the capital.

And the Government’s ‘lethargic response’ to tackling the money laundering and organised crime has left some Russians feeling like they ‘own Britain’, he added.

In The Sunday Times, Mr Tugendhat – tipped as a possible future Tory leader – said the regime of Mr Putin had been emboldened by the UK’s inaction.

He said: ‘Our lethargic response . . . is taken as proof that we don’t dare stop them. This is no longer just a financial problem.

‘Over the years Moscow has turned from being a corrupt state to an exporter of instability. London’s markets are enabling the Kremlin’s efforts.’ 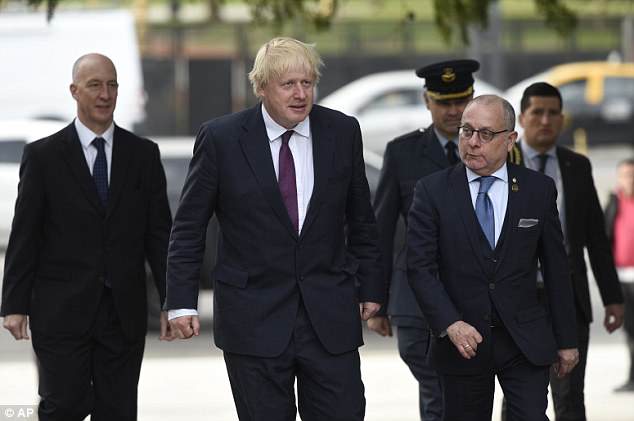 He said there is a link between the wealth of Russian oligarchs in London and the power of the Kremlin.

He  added: ‘Russian corruption and influence has become a matter of national security.’

Lax commercial controls have allowed companies run by Russian oligarchs with close links to Mr Putin to continue to trade in London – despite international sanctions, he warned.

And he called for far tougher regulation to stop this in future.

The MP pointed out that the Russian energy giant Gazprom  was able to ‘trade bonds in London days after the attempted murders’.