Boris Johnson convened his Cabinet this morning as his ministers got back to work after the summer recess amid fears Professor Chris Whitty could quit over the Government’s push to persuade workers to ditch working from home.

Mr Johnson met with his top team in the grand Locarno Suite at the Foreign Office – chosen because it has more space than Number 10 so that ministers can socially distance.

The opulent setting will be used for the meetings for the foreseeable future after months of Mr Johnson having to speak to ministers via Zoom.

The Prime Minister will be hoping that the meeting, which came on the morning that Parliament returned from its summer break, will set an example to workers across the nation.

Mr Johnson is encouraging employees to head back to their offices but it was claimed today that ministers are holding back on the drive because of fears the Chief Medical Officer could resign.

Prof Whitty is said to be hampering the Government’s efforts to get more workers back to their normal commutes and to physically return to their workplaces.

Cabinet sources told The Telegraph ministers are afraid that if they push too hard on the issue, resulting in a wave of staff returning to town and city centres, then Prof Whitty could opt to resign because of safety fears.

Such a move would likely cause massive damage to public trust in the Government. 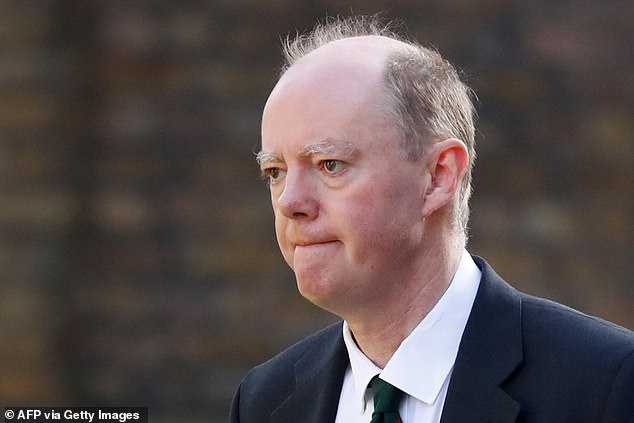 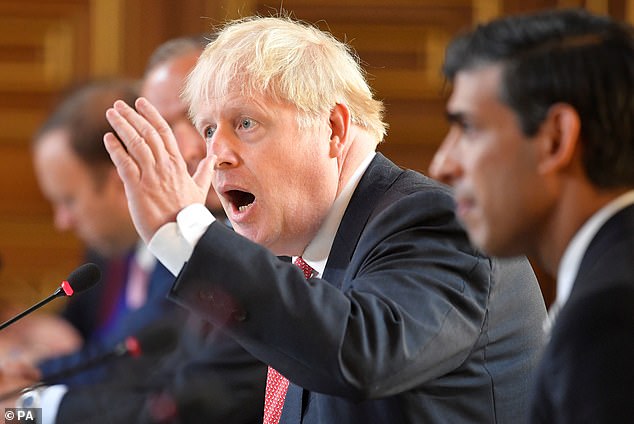 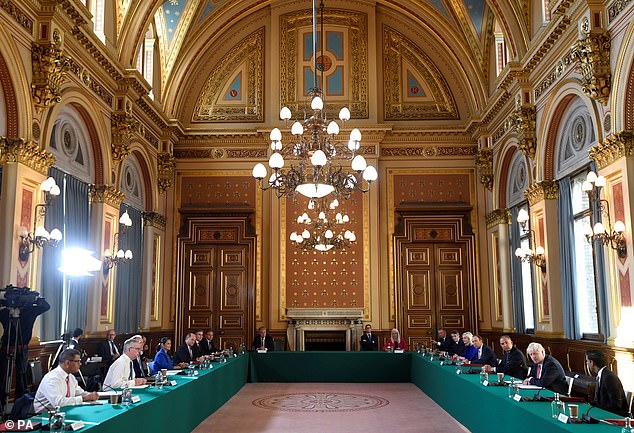 Prof Whitty has struck a cautious tone throughout the coronavirus pandemic, playing a key role in Downing Street press conferences.

He has previously warned that he believes social distancing will be required long into the future and ministers fear he could walk away from his role if he views the Government’s approach to the return to work as being too cavalier.

Prof Whitty said in July: ‘There are some things which we started right at the beginning, which absolutely have to continue for a prolonged period of time, washing hands, isolation, household isolation.

‘And these are issues of, and issues around distancing, which have been varied but the reality is distancing remains an important part of this mix and how it’s interpreted in different governments has evolved.

‘But it has not gone away. So, all of those need to continue for a long period of time.’

However, a Department of Health source rubbished the suggestion that Prof Whitty could quit, describing the claim as ‘a complete invention’.

‘Chris is not threatening to resign, and hasn’t threatened to resign,’ they said.

The Government is increasingly concerned that continued working from home will deal a lasting hammer blow to struggling businesses in town and city centres which are reliant on commuter footfall. 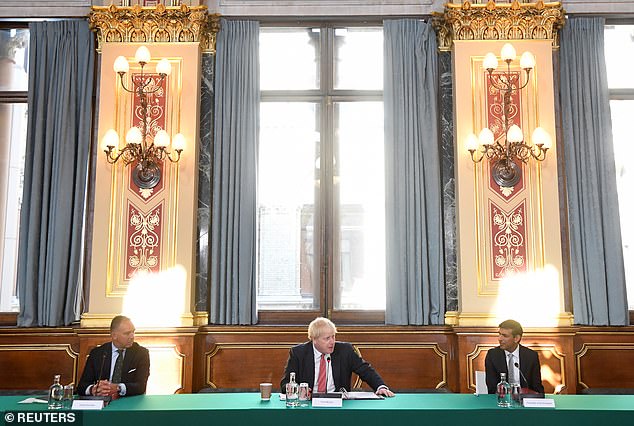 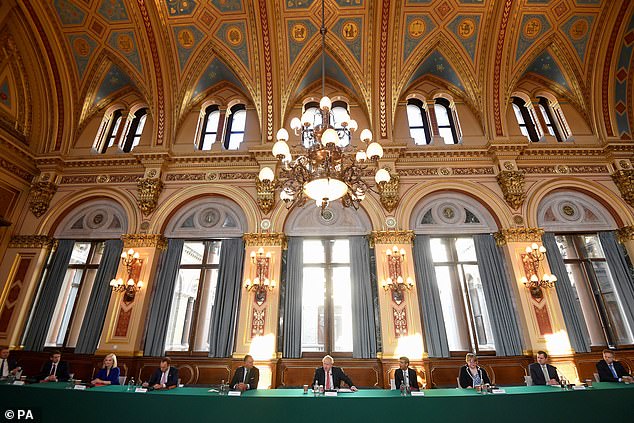 Mr Johnson is encouraging staff to return but his efforts have risked being undermined by some of his ministers who have made comments which appeared to be at odds with the PM’s stance.

Environment Secretary George Eustice yesterday revealed no target has been set for the return of more civil servants to his Whitehall department.

He said that ‘we don’t have a target’ for the return of staff and that the priority is to ‘make sure that it is safe for people to return’.

Last week Health Secretary Matt Hancock suggested he did not care where his staff worked as long as they are productive.