Ministers are facing demands to hammer Russian oligarchs with tough sanctions today as the new Magnitsky law comes into force.

Campaigners and MPs want the government to make immediate use of the powers to hit allies of Vladimir Putin linked to human rights abuses.

The calls come amid signs a crack down is already under way on wealthy Russians in Britain – with delays in issuing a new visa to Chelsea owner Roman Abramovich.

The issues with Mr Abramovich’s visa case are separate to the Magnitsky measures.

But with relations between the countries the worst for decades, security minister Ben Wallace has made clear he expects more billionaires will find life ‘trickier’ in London in the future. 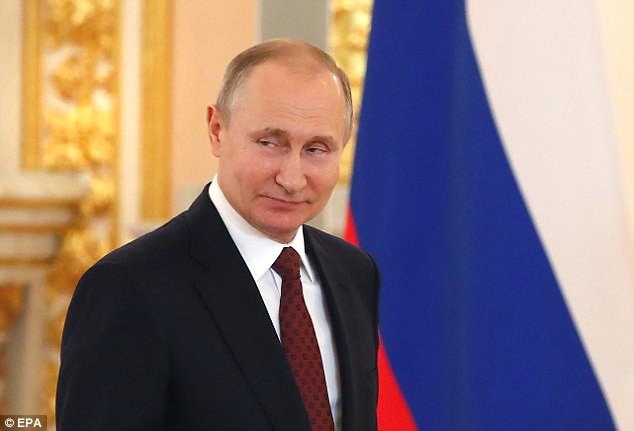 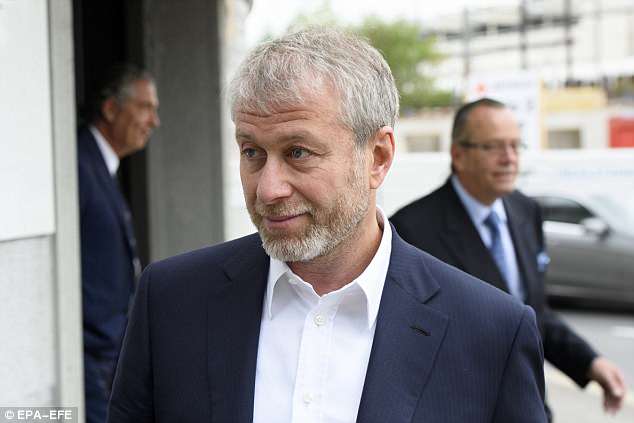 The calls come amid signs a crack down is already under way on wealthy Russians in Britain – with delays in issuing a new visa to Chelsea owner Roman Abramovich (pictured). Sources close to Mr Abramovich have reportedly denied he is being asked to prove where his wealth comes from and he is just experiencing processing delays

The Sanctions and Anti-Money Laundering Act containing the Magnitsky measures is due to get Royal Assent later, and allows Whitehall to take swingeing steps including freezing assets when people are linked to human rights abuses.

The sanctions were named to commemorate Sergei Magnitsky, a Russian lawyer who claimed in 2008 that fraud was being committed by corrupt Interior Ministry officials.

Mr Magnitsky was arrested shortly after, accused of stealing the money himself and died a year later in jail after what supporters claim was a systematic torture campaign.

Financier Bill Browder, who campaigner for parliament to pass the law, said there should be ‘swift and robust action’ by the UK government and ‘top Putin oligarchs should be on that list’.

The US version of Magnitsky ‘definitely affected the psychology of Putin, and if the British government were to do anything less it would tell Russia it can keep killing people on British soil’, he told the Guardian.

John Penrose, a Conservative backbencher and former minister, also said it was time for the UK to follow the US lead.

‘Given the extensive intelligence sharing and security co-operation between Britain and USA, if we don’t announce our own sanctions pretty soon it will look extremely odd.

‘The UK needs to publish a British equivalent of the US’s list right now.’

The law would stop individuals known to be corrupt or who abuse human rights from travelling to and living in Britain, and politicians backing it say this will help stop London becoming a destination for dodgy Russian money.

The US passed its Magnitsky Act in 2012. 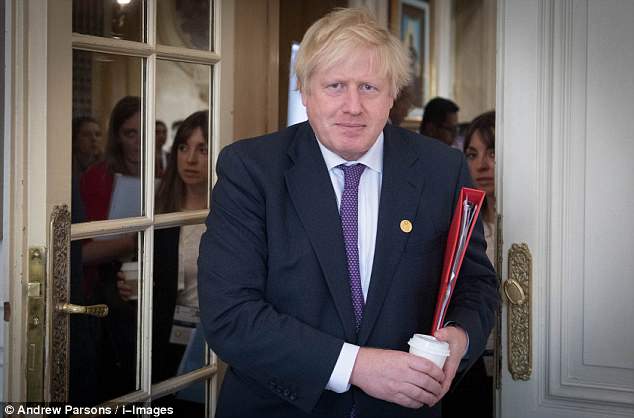 Foreign Secretary Boris Johnson, pictured on a trip to Argentina yesterday, has suggested the UK is looking at Donald Trump’s recent decision to target dozens of tycoons, companies and key allies of Mr Putin

It initially imposed asset freezes on individuals linked to that case – but was later extended to those who had profited from other human rights abuses.

The US list includes Mr Abramovich and other senior business figures like Oleg Deripaska. There are no suggestions that either would feature on a British version.

The UK is only the third country to adopt similar measures, after Estonia followed the US in 2016. MPs passed an amendment introducing the powers in February, despite some resistance from the government.

Canada and the EU have been considering their own versions.

Security minister Mr Wallace was asked during an interview yesterday if there would be ‘more cases over the next few weeks’ where wealthy oligarchs were finding it a bit more ‘tricky’ to live in London.

‘I think I can say yes. We have put in place a series of powers through legislation,’ he said.

‘The truth is actually that I think the effect of some of those sanctions particularly on some individuals has been very marked, and I’ve noted that, but we have our own systems and our own approach,’ Mr Johnson told reporters on a trip to south America.

‘There is a broader question about what the UK can do to crack down on people close to Putin who may have illicit or ill-gotten wealth.’