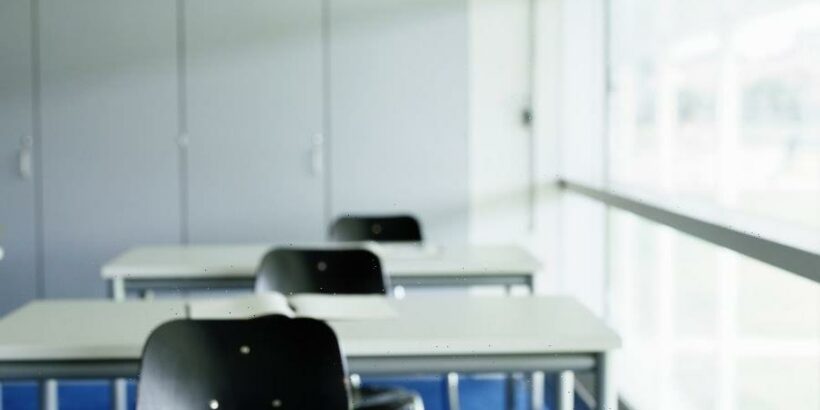 The parents of a 12-year-old Black boy from Minnesota were shocked when he came home from school last week, missing his afro. They learned that his teacher cut his hair without their permission.

When they questioned him, he said, ” ‘Are you guys going to be mad?’ We were like, ‘For what?’ He pulls his hat off and goes, ‘My teacher cut my hair,’ ” said mother Tadow McReynolds.

His parents want answers and are upset that no one notified them about the incident. “What made her think that this is OK? If you were going to help my child, why wouldn’t you do it the proper way, [the] common-sense way, the helpful way, by getting him some real help?” Tadow asked.

The student’s other mother, Daetney McReynolds, said, “It was actually growing pretty well…he was thinking about all kind of styles he wanted to do with it.”

After sharing their story widely online, an on-air radio personality told a local news affiliate “that in the Black community, a person’s hair is their crown…[and ] the radio host reached out to Barber Big Lew, who showed up with his mobile barber business and fixed the boy’s haircut in time for him to get a fresh start at a new school.”

Baker said, “It just demoralized him, just take his pride away. And now his hair is being put in a situation where people are dictating how he should look.”

Unfortunately, this isn’t the first instance of a child receiving a forcible haircut at school. Daily Dot reports that “[i]n September of 2021, a Black Indianapolis student allegedly received a forcible haircut from his teacher after other students made fun of his hair. A similar incident reportedly happened in April of that year, in which a school librarian allegedly forcibly cut a biracial student’s hair. In 2018, a California teacher lost her job and received six criminal misdemeanor charges after allegedly pressuring a student into a haircut.”

Black people’s hair has long been politicized since the days of slavery, first used as a way to dehumanize enslaved people when whites likened Black hair to “wool” in comparison to animals. In the 18th century, Louisiana law required Black women to cover their hair to avoid “tempting White men, perpetuating stereotypes about Black women’s supposed promiscuity.” This is in addition to the pervasive Eurocentric beauty standards which many feel pressured to comply with to be considered acceptable in the eyes of society, such as straight hair.

A Washington Post op-ed wholly encapsulated this issue, “hair has been used to project biases about Black people. Yes, Black people’s hairstyles can change — but our hair is a foundational part of who we are, physically and culturally. Only by enacting legislation that clearly defines hair as a characteristic worthy of legal protection can we end this pernicious, specific form of discrimination.”

The Crown Act (Creating a Respectful and Open World for Natural Hair Act) has been sent to the Senate. If passed, this bill would “provide legal protection for Black people and other minorities who face discrimination based on their hair.”