New York: When Alex Wellerstein, a nuclear historian who has studied crises and breakthroughs dating to the earliest Cold War arms races, tried to imagine the possible outcomes of President Donald Trump's planned meeting with Kim Jong-un, the North Korean leader, he found himself, like many experts, at a loss. 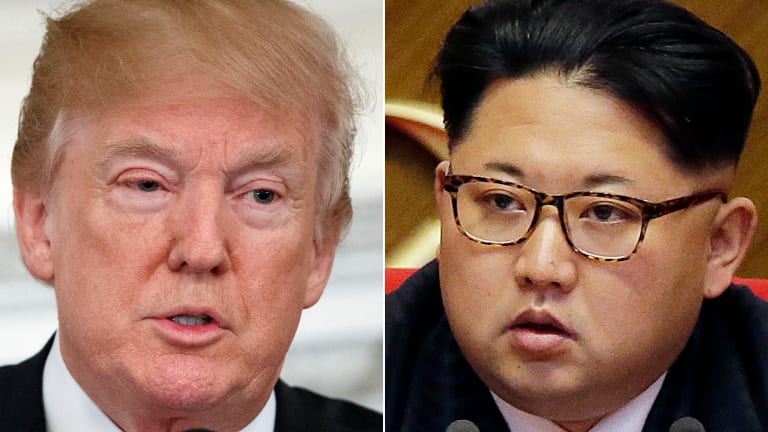 Donald Trump and North Korea\’s Kim Jong-un are due to meet soon.

"What's the game plan? Is it negotiating on sanctions? Is it stalling to defuse tensions in that time-honored DPRK way?" he asked on Twitter, using North Korea's formal initials. "I don't know."

The meeting will bring together two personalities whose tendencies have proved destabilising: Trump, whose unpredictability and defiance of norms has led him to take on high-stakes issues with which he has little experience, and Kim, whose youthful boldness and willingness to embrace risk give him the swagger, perhaps unearned, of a major nuclear power. 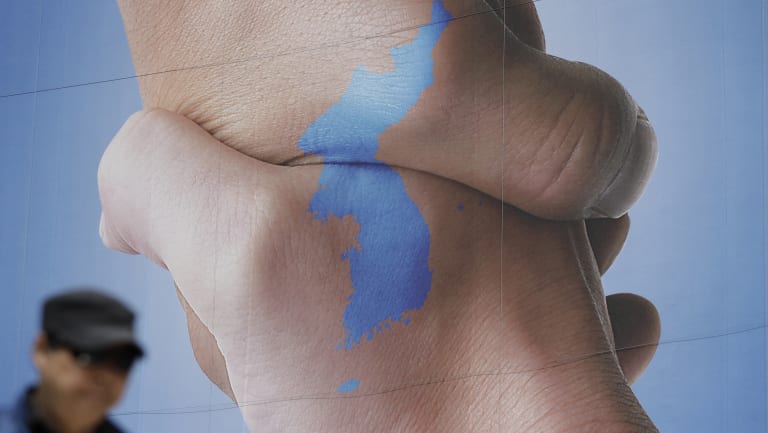 A man walks by a banner showing a map of the Korean peninsular to wish for a successful inter-Korean summit in Seoul, South Korea.

The countries are already treating the meeting less as the start of a long and difficult process, in which both would need to make painful compromises for narrow gains, but as the culmination of what each seems to see as its glorious triumph over the other.

But those two imagined victories are mutually exclusive and, barring a drastic strategic shift by either country, categorically unacceptable to the other side.

If both leaders are setting themselves up to fall short of the lofty expectations on which each has staked his reputation and ego, Wellerstein tweeted, "what happens when this (inevitably) becomes clear?"

Statements by both governments suggest they are not only driving at conflicting goals but also operating within parallel realities.

On Friday, North Korea announced that it would pause certain nuclear tests and development programs, which its statement portrayed as a result of the country having achieved its technological ambitions. Vipin Narang, a scholar at the Massachusetts Institute of Technology, translated the meaning of the statement as: "This is what we will look like as a nuclear weapons power. Get used to it."

But US officials greeted the testing pause as the first of many expected North Korean concessions. Two days later, Trump wrote on Twitter that North Korea had already "agreed to denuclearization (so great for World), site closure, & no more testing!"

This confusion appears to extend beyond differing interpretations of terminology, setting up both sides for nasty surprises when they meet.

The North Koreans seem to believe that their nuclear breakthroughs forced Trump to accede to a leaders' summit meeting, something they have long desired as a way to prove themselves a peer of the major powers.

But US officials have said Kim was the one forced to the table, compelled there by US sanctions and military threats.

North Korea's statements suggest that the country sees itself as on the verge of forcing the world to accept it as it is, finally securing its long-term survival.

US statements, which appear written to fend off critics who say Trump is getting ahead of himself, imply that Kim will surrender his nuclear arsenal, which virtually no expert believes the country would do.

Each country is hoping for a dramatic — and unlikely — win over the other. When their realities collide, it is difficult to predict how either leader will respond.

One part of the table will be occupied by Kim, a young despot atop an insular and impoverished country whose degree of political stability remains a mystery. In the early years of his rule, Kim cemented power by making risky purges at home and provocative attacks abroad, which he may feel compelled to repeat if he suffers a loss of face at the meeting.

At the table's other end will be Trump, who tends to see negotiations as zero-sum — that is, the other side must lose for him to win. He has proved capricious and temperamental, at times lashing out when negotiations falter, as he has done in congressional talks over tax or health care bills. And he can be maximalist and impulsive, for instance blowing up trade talks with China and Canada.

These contradictory realities have long filtered through the two countries' approach to their relations. Each has, for decades, been laser-focused on a narrow — and increasingly far-fetched — vision of success and plan for how to get there.

Since the fall of the Soviet Union, the United States has expected that North Korea will collapse as well. The theory was, the country would save itself by surrendering to US demands, including nuclear disarmament, for relief from economic sanctions and diplomatic isolation.

In the meantime, few believed the hermit kingdom could develop advanced missiles to carry nuclear weapons to the US mainland.

This led to severe US demands, which only fed North Korea's conviction that it required a nuclear deterrent to survive.

The North Koreans have long patterned their strategy on what they see as China's path: international pariah in the 1950s, rogue nuclear state in the 1960s, and, finally, accepted global power in the 1970s.

That was when the United States embraced the Beijing government and withdrew troops and security guarantees from its longtime ally in Taiwan — a possible precedent, in North Korean eyes, for partial US withdrawal of support for South Korea. For China, economic prosperity followed, securing the future of a communist government once seen as unlikely to survive the modern world.

In reality, China won acceptance by playing the United States against the Soviet Union. Its size and power, which North Korea lacks, made it impossible for other nations to ignore.

But that history is why, for Kim, his meeting with Trump could seem like an echo of President Richard Nixon's 1972 summit with Mao Zedong, where the former accepted the latter as the leader of a fellow great power. It is also why he seems to expect, like the Americans, a kind of victory that might not be realistic.

With Trump unconstrained by the international norms he disdains or the diplomatic institutions he has largely circumvented, and with Kim's domestic political considerations almost entirely unknown, it is difficult to articulate even the range of possible outcomes.

"We have misunderstood North Korea's promises before (and they have broken them)," Melissa Hanham, an analyst at the Middlebury Institute of International Studies, warned.

There are perhaps a dozen such scenarios, some more drastic than others. They have little in common.

Perhaps even more important and even less certain is what happens if these clashing expectations cannot be reconciled, leading the talks to collapse in angry disagreement.

Narang, the MIT professor, warned that the mile-wide gaps in the countries' goals and even their understandings of basic terminology leaves "either lots of room for a bargain, or lot of room for a war."