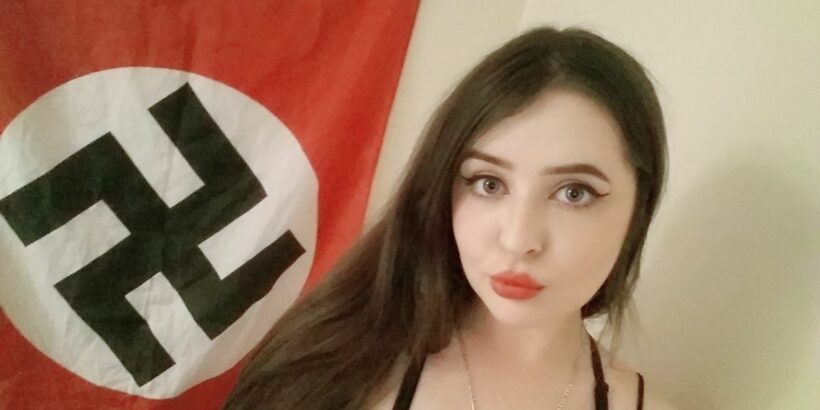 A woman who took part in a Miss Hitler beauty pageant is to be freed from prison in just a few days time.

Alice Cutter, 25, was one of four neo-Nazi "diehards" convicted of being members of banned far-right terrorist group National Action in 2020.

She was given a three-year sentence but will be freed on licence after just 26 months behind bars.

National Action were banned in December 2016 following a series of incidents, including their praise for the murder of MP Jo Cox.

Cutter gave evidence at a parole meeting in March and was told of her upcoming release yesterday (Monday, October 10).

She is believed to have emphasised her behaviour and the progress she's made in jail.

Her strict licensing conditions include an "exclusion zone", wearing an electronic tag and adhering to a curfew.

"Parole Board decisions are solely focused on what risk a prisoner could represent to the public if released and whether that risk is manageable in the community.

"A panel will carefully examine a huge range of evidence, including details of the original crime, and any evidence of behaviour change, as well as explore the harm done and impact the crime has had on the victims.

"Members read and digest hundreds of pages of evidence and reports in the lead up to an oral hearing.

"Evidence from witnesses such as probation officers, psychiatrists and psychologists, officials supervising the offender in prison as well as victim personal statements may be given at the hearing."

During her 2020 trial, jurors were shown messages in which she joked about gassing synagogues and using a Jew's head as a football.

She also exclaimed "Rot in hell, bitch" after hearing of Ms Cox's murder.

Her former partner Jones was sentenced to five-and-a-half years in prison.

Jack received a four-and-a-half-year sentence and Scothern was handed a sentence of detention for 18 months.

Director of public prosecutions Max Hill QC said before the sentencing that National Action members are "diehards" who "hark back to the days of not just anti-Semitism, but the Holocaust, the Third Reich in Germany".