Police launch search for missing boy, 12, and girl, 14, who may have boarded train to Manchester from Scotland

Police are searching for two children missing from Ayrshire who are thought to have boarded a train to Manchester.

Leon Williamson, 12, and Olivia Bryson, 14, were last seen at Glengarnock train station in North Ayrshire boarding a train to Glasgow at about 9.15am on Tuesday.

Both children live in residential accommodation in the Ayrshire area.

Olivia has family in Manchester and it is thought she may have gone to visit them. 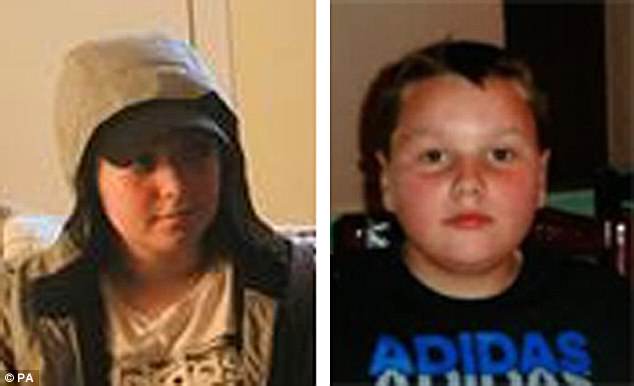 Olivia Bryson (left), 14, and Leon Williamson, 12, were last seen at Glengarnock train station in North Ayrshire boarding a train to Glasgow at about 9.15am on Tuesday

Police Scotland officers are liaising closely with other officers from British Transport Police and Greater Manchester Police, and urged anyone with information to contact them.

Sergeant Allen Dodds said: ‘Our concern is growing for both Leon and Olivia, they are both young children and we need to know they are safe and well.

‘We are liaising with our counterparts for any information which could assist us in locating Leon and Olivia.

‘We are currently checking out a potential sighting of them in Whitworth Park in Manchester.

‘However, I am appealing to anyone who may have seen them or who has any knowledge as to their whereabouts to contact us.’ 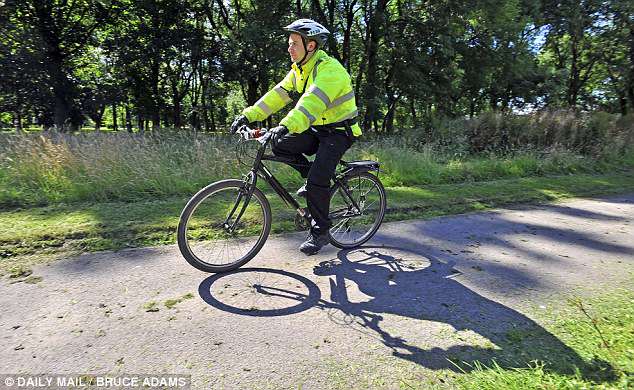 There has been a potential sighting of the two children in Whitworth Park, Manchester (file photo), according to police

Leon is around 5ft and stocky with short brown hair and blue eyes.

When last seen, he was wearing grey jogging trousers, a white polo shirt, dark jumper and green trainers. He has a Scottish accent.

Olivia is about 5ft 2in, of medium build, with blue eyes, freckles and brown hair normally worn in ponytail.

She was wearing dark jogging trousers and a North Face jacket, which is grey at the top and dark coloured at the bottom.

The teenager tends to wear a black baseball cap on her head with her jacket hood up and has an English accent.