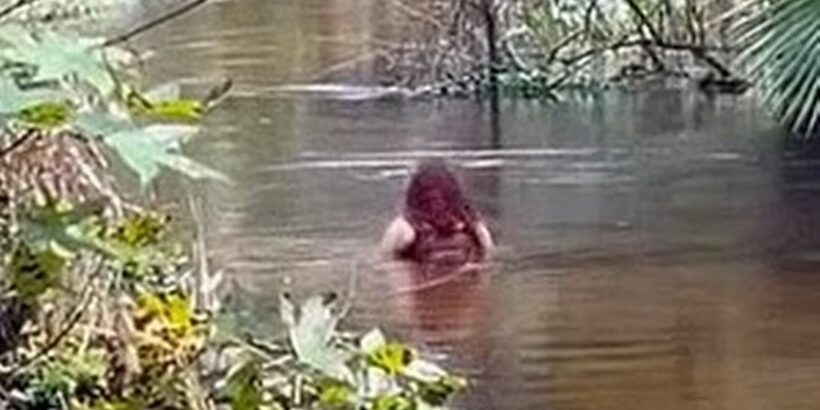 A new video released by police shows a missing woman swimming in a river known to be an alligator hotspot.

Paola Marie Miranda-Rosa vanished after last being seen taking a dip in the Wekiva river north of Orlando on December 18.

In the clip, recorded by hikers, the 31-year-old is swimming in the shallow water in an area of woodland at the popular beauty spot.

Police have now publically released the video and say it is currently the last confirmed sighting of Paola but they believe other witnesses could have seen her since and have appealed to the public for more information.

Sheriff Marcos Lopez said: "Maybe someone else in the park saw her in a different area of the water and they can say, 'Hey, we’ve got some video of her too here', and maybe it will lead us in a different direction."

He told ClickOrlando: "That was the last known video of her alive in that water, that doesn’t go to say that she couldn’t have come out, walked somewhere else."

Paola's car was discovered in the park on December 21 but there have been no further signs of her.

According to the Florida State Parks website, there is a designated natural pool for swimming in the park but it is not permitted in Wekiwa Springs Run, Rock Springs Run, or the Wekiva River.

In 2015, a woman had her arm bitten off at the shoulder by an alligator in Wekiva river but attacks are very rare and there are only about 10 a year throughout the whole of Florida.

Paola's family believes she is still alive and has now raised $15,000 (£11,000) through Go Fund Me to pay for a private detective to locate her.

They wrote on the fundraiser page: "We know that law enforcement has done what they can and now it is up to her family and the community to come together to Bring Paola Home!

"We need to be the Advocate for Paola. We will not give up!"

Anyone with information on her whereabouts is being asked to call the sheriff's office at 407-348-2222.