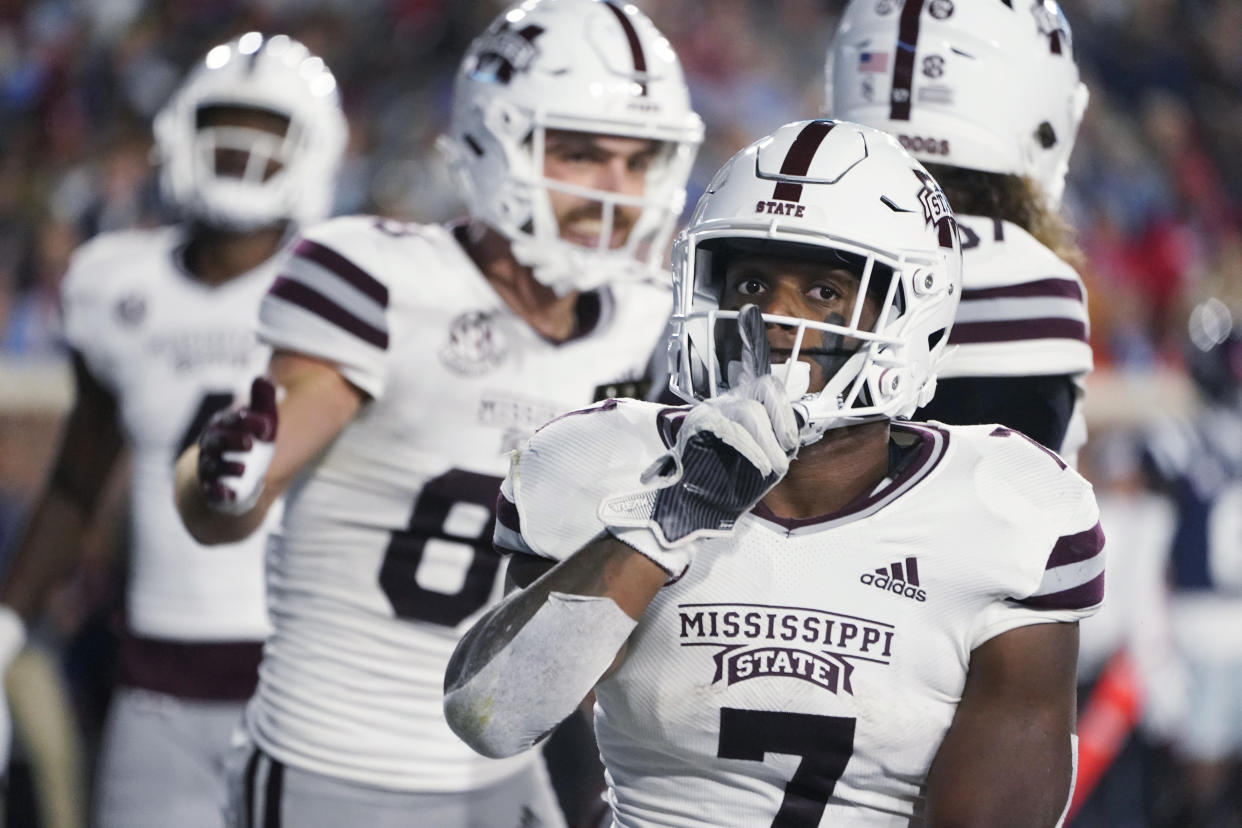 It wouldn't be an Egg Bowl without things getting weird.

The football rivalry game between Mississippi and Mississippi State goes back more than 100 years and it has been filled with drama and resentment.

That was only the cherry on top of a bizarre last stretch of the game.

The controversy began at the 7:15 mark of the fourth quarter, when MSU, leading 24-16, benefitted from an overturned call that was ruled a fumble at the Ole Miss 30-yard line. The play was initially called an incomplete pass in the backfield but was ruled a backward lateral, and therefore a live ball, upon review.

The issue, as Ole Miss head coach Lane Kiffin argued, was the referees blew the whistle as soon as the ball hit the ground. See for yourself.

This was called Mississippi State ball after a LENGTHY review 🧐 pic.twitter.com/gCHjndnG9e

Should a player assume the ball is live after the whistle is blown? It's tough to say.

The home fans in Oxford made their feelings known by hurling beer cans and other objects on the field.

Fortunately, the fan revolt was relatively small and short-lived.

The game resumed with MSU quickly moving the ball down to the 1-yard line with a chance to effectively put it away with a two-touchdown lead.

The weirdness continued though. In rainy, slippery conditions, Bulldogs quarterback Will Rogers fumbled short of the goal line and the Rebels recovered. Trailing by 8 with 4:48 to play, Ole Miss still had a shot.

Ole Miss QB Jaxson Dart led his team on an epic 15-play, 99-yard drive capped by a 23-yard touchdown strike to Dayton Wade. Needing a two-point conversion to tie, Dart tried a shovel pass that fell harmlessly to the turf. And that capped off a painful loss for the Rebels, who entered November with an 8-1 record and an outside shot at winning the SEC West.

Ole Miss finished the regular season with three straight losses, including Thursday's to its archrival, to fall to 8-4. MSU also ends the season 8-4.

With rumors swirling about Kiffin's future at Ole Miss, this would be a heck of a way for his tenure to end in Oxford.