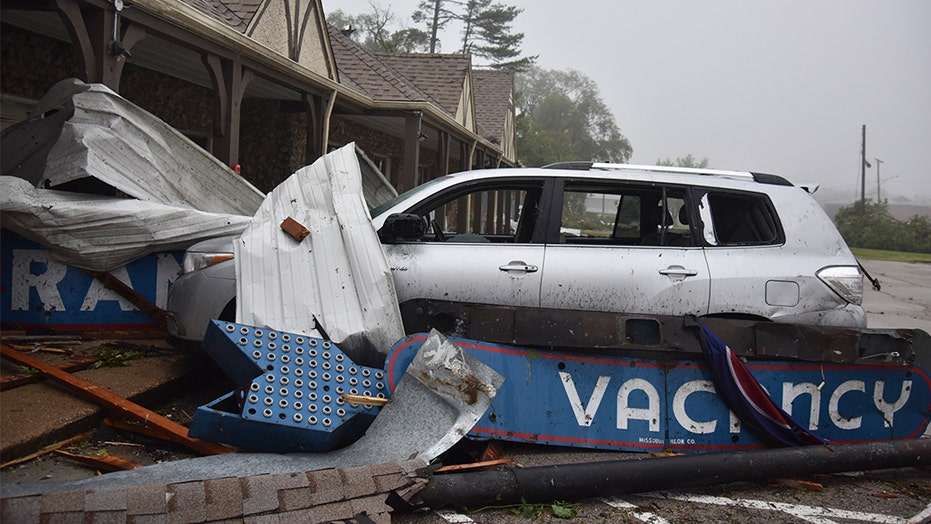 Fox News Flash top headlines for May 23 are here. Check out what’s clicking on Foxnews.com

The Missouri city of Eldon suffered extensive damage after a tornado tore through the community on Wednesday and the city's mayor said people in the town are counting their blessings that only one person was injured.

Mayor Larry Henderson said Thursday that the tornado damaged countless homes in the city of 4,900 residents, but only a man in a truck that was flipped by the twister was hurt. Henderson did not have details about the man's injuries.

Earlier reports indicated several people in the city were injured.

Missouri Governor Mike Parson wrote on Twitter on Thursday, “We just toured damaged areas in Eldon & met Police Chief Kidwell, Miller Co Sheriff Gregoire & volunteers who are already working to assist their neighbors affected by the storms there. We also spoke by phone to family members of the Golden City residents who lost their lives.”

According to the Eldon Parks & Recreation Facebook page, “a lot of homes and businesses were damaged,” as well as several parks including one which was destroyed.

Eldon is about 30 miles southwest of Missouri’s capital city, Jefferson City, which also suffered significant damage after a “violent tornado” tore through the area late Wednesday. Severe weather statewide was blamed for at least three deaths and left dozens of people trapped inside their homes.

The tornado slammed Jefferson City during a week that has seen several days of tornadoes and torrential rains in parts of the Southern Plains and Midwest.

Jefferson City lies near the center of the state, about 158 miles east of Kansas City and about 132 miles west of St. Louis. The city has a population of about 40,000. 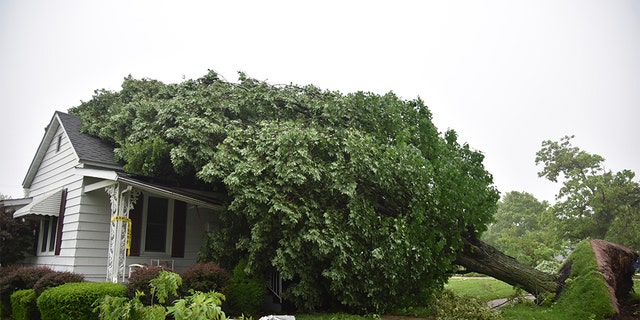 An uprooted tree resting on a house Thursday morning in Eldon, Mo. The family living in the house returned Thursday after consulting a tree removal specialist.
(Kate Seaman/Missourian via AP)

The National Weather Service said the same storm that hit Jefferson City affected Eldon, but it wasn't clear whether it was the same tornado.

Fox News' Travis Fedschun and The Associated Press contributed to this report.