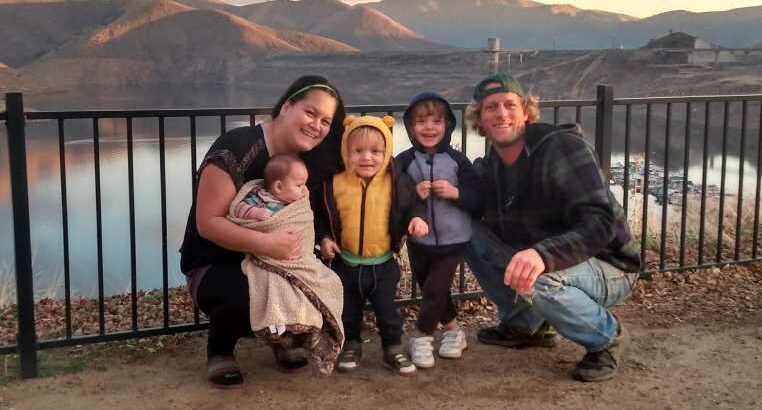 A MOM blasted those who get "pleasure from hurting others" before allegedly killing her three children.

Liliana Carrillo, 30, was arrested on Saturday afternoon in Tulare County – around four hours north of where her three children, Joanna, Terry and Sierra, were found dead in Reseda, California. 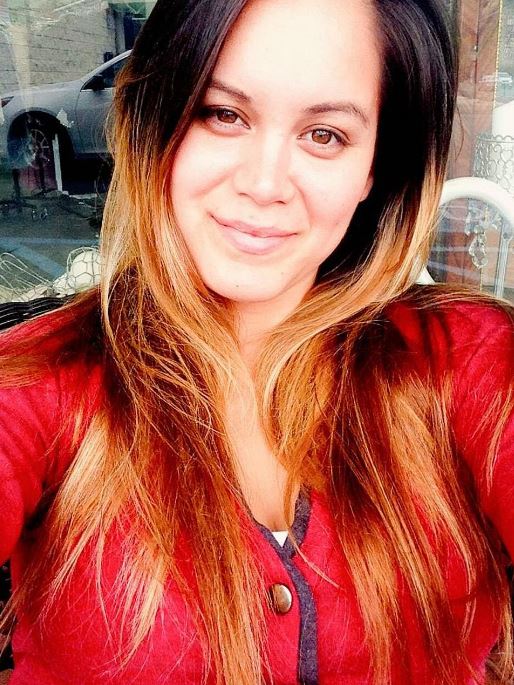 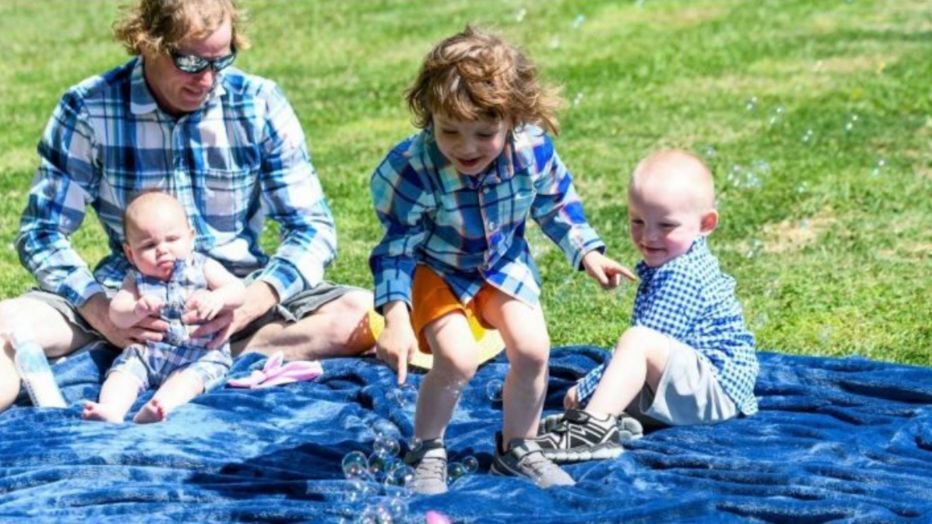 Hours earlier, the children's grandmother had called police after she discovered the three kids – ages three, two, and six months – dead inside an apartment complex, with Carrillo nowhere to be seen.

A blog post from April 2013, found on a since-deleted Instagram page that appears to belong to Carrillo, has since been unearthed that was titled "Loving & Being Loved."

The writer referenced how she was "bullied often," dubbing herself as a "heavy set child with a lot of anger and built-in frustration issues that developed at home and only continued in school."

"Thankfully, I was not scared to punch a b***h," the post read, detailing how people "verbally and mentally hurt me."

"What kind of sick pleasure or comfort do people seek in return from hurting someone else? Why would you have to feast on another's sorrow in order to gain some kind of release?" she said before confessing. "If they had a problem they could fight me, but no one ever did." 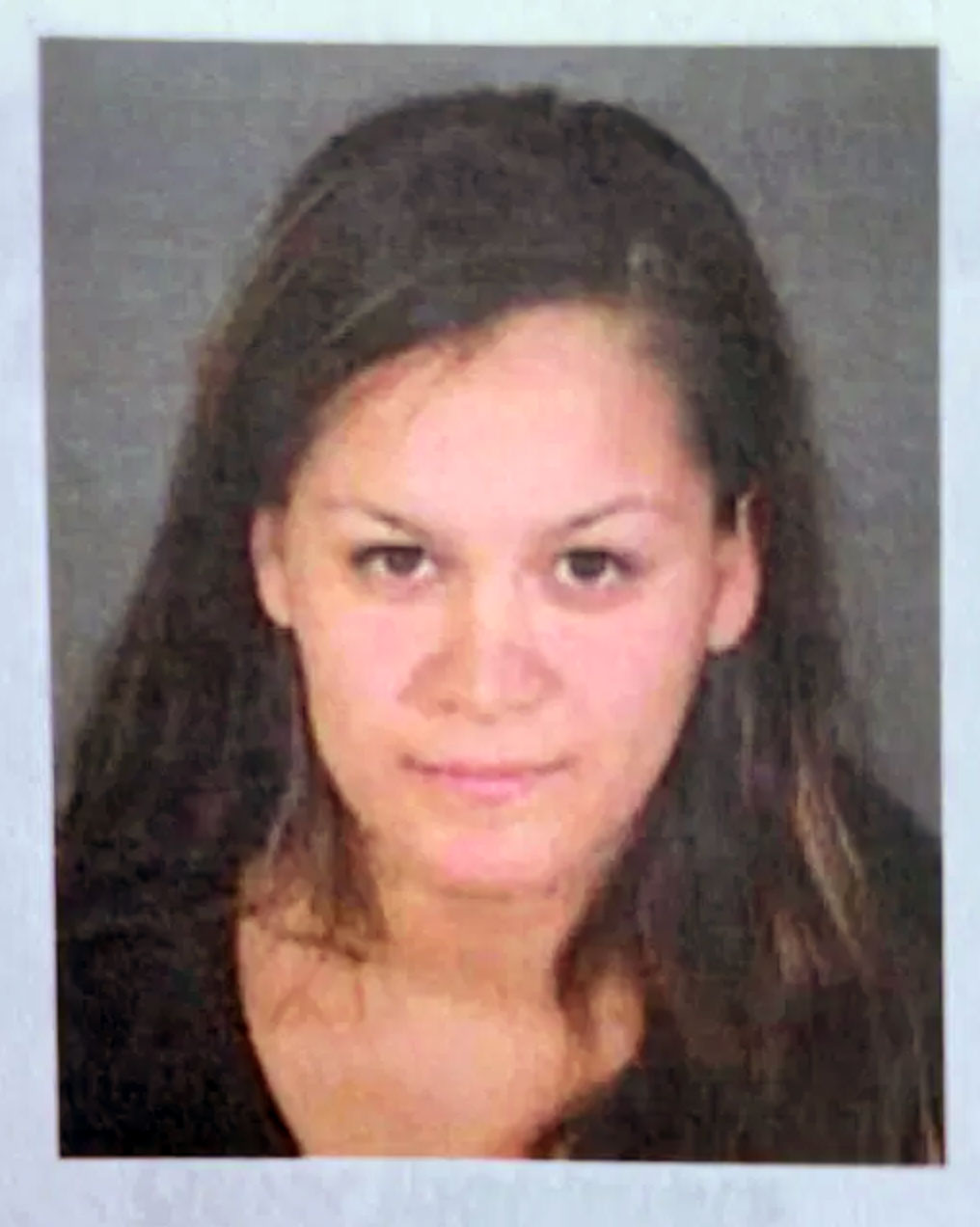 She detailed that she "got off by making people feel happy," saying that she lives "my days always trying to be positive."

The blog post was concluded by the author claiming that the impacts of bullying still had an affect on her.

"Bullying can have a life-long affect. I won't deny that to this day I struggle to overcome those same negative thoughts seeded into my mind in gradeschool, jr high, and throughout high school. It's important I continuously remind myself that F**K 'EM. I know who I am. I know what I'm not. I know they are wrong," the post read.

The 30-year-old mother was supposed to hand over the kids to their father – and her ex-boyfriend – Erik Denton on Sunday, before they allegedly died he told the Los Angeles Times.

Denton told the outlet he had sought custody of the children on March 1, whom he said had been acting mentally unstable.

"Liliana was very sick, and this is not – she was not herself, and it’s been going on for several months that she has been unwell," Denton's Cousin, Teri Miller, concurred to KTTV.

Denton, Miller said, is "devastated" and had repeatedly reached out to the Department of Children and Family Services, as well as police, because he knew Carrillo "needed help".

In addition to seeking custody on March 1, Denton also requested a temporary emergency visitation order on March 4 and asked for Carrillo to be mentally evaluated. 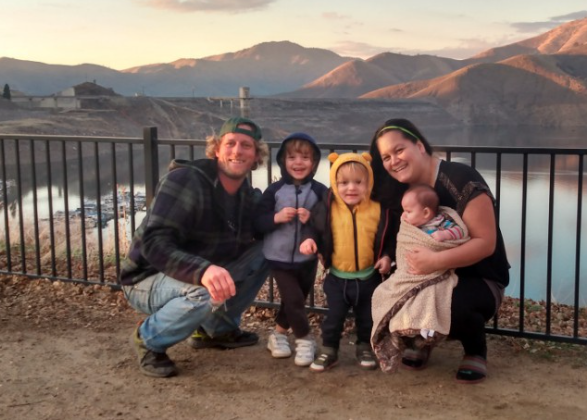 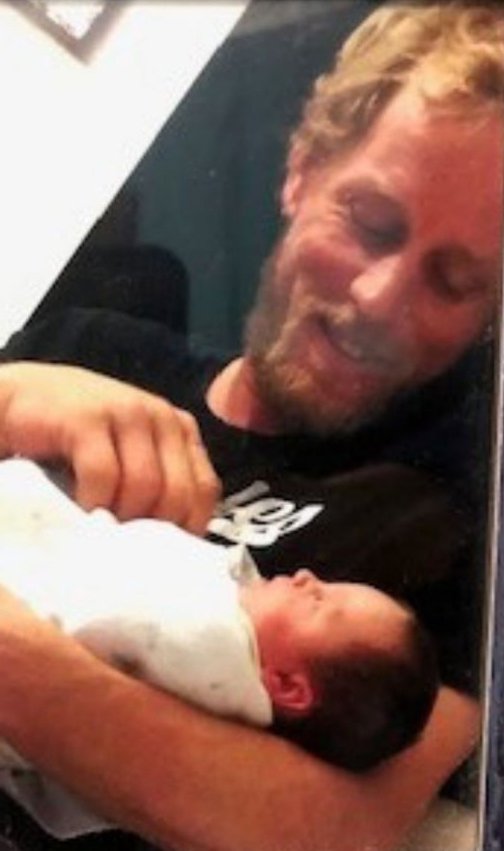 The orders Denton requested were drawn up at a March 26 hearing. Another hearing in the case was scheduled for April 14.

Denton told the Times he tried to get local authorities to intervene, but “in LA they wouldn’t help. The LAPD would not get involved.”

Investigators were unable to locate their mother, Carrillo, for several hours after tand a manhunt was launched – with her allegedly fleeing the scene inhe children – two boys and a girl – were found dead on Saturday morning.

She also allegedly ditched her vehicle before carjacking another in the hours before her arrest.

Police have not yet formally identified Carrillo's children, though their names were shared by their grandfather, Tim Denton, in a Facebook post.

"This is my son," he wrote, linking to a GoFundMe page set up for him. "Yesterday though an unspeakable heinous act, his children are gone.

"Please keep him in your prayers and hold your family close tonight. I love you Erik. Rest in peace darlings; Joanna, Terry and Sierra." 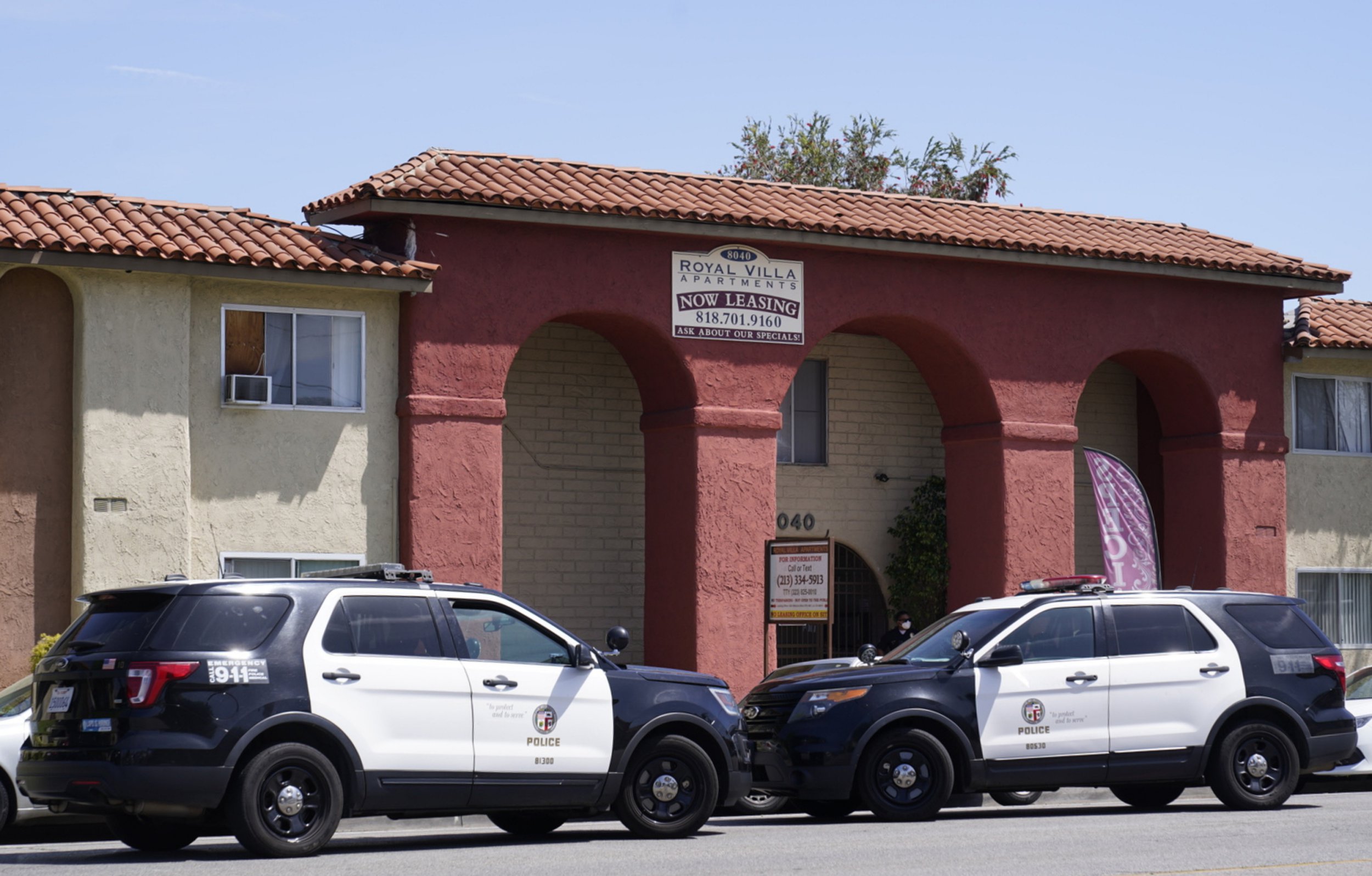 It has also since emerged Carrillo ran what she called a "Blog for Good" on Instagram using which she would write and share inspirational messages and confessions about herself, reports DailyMail.com.

And in some of post she went after the parents on the show Teen Mom, blasting them as bad mothers.

In a post dated May 10, 2013, she alleged the stars "physically and emotionally abuse their partners and then victimize themselves" and branded it "crap".

"They are involved in heavy drugs, cannot escape them, and then cry about how they can't access their child… I mean really?," she wrote.

"All of these mothers that have been presented have in my opinion, and forgive me if this offends anyone but it is my opinion and I hold strongly to it, just idiot after idiot. I do not feel pity for them."

She added: "There's no denying that there are a few mothers in the show who progress from their situations and grow from their troubles but there are others that I am shocked as to how or why they still have custody of their child."

Elsewhere in the post, she confessed "I am not perfect" and spoke about her own "unhealthy relationships" in which she would "lose control".

She wrote: "Believe in yourself and summon strength from within to push you to do the best you can do. This world is limitless. You are your own worst enemy." 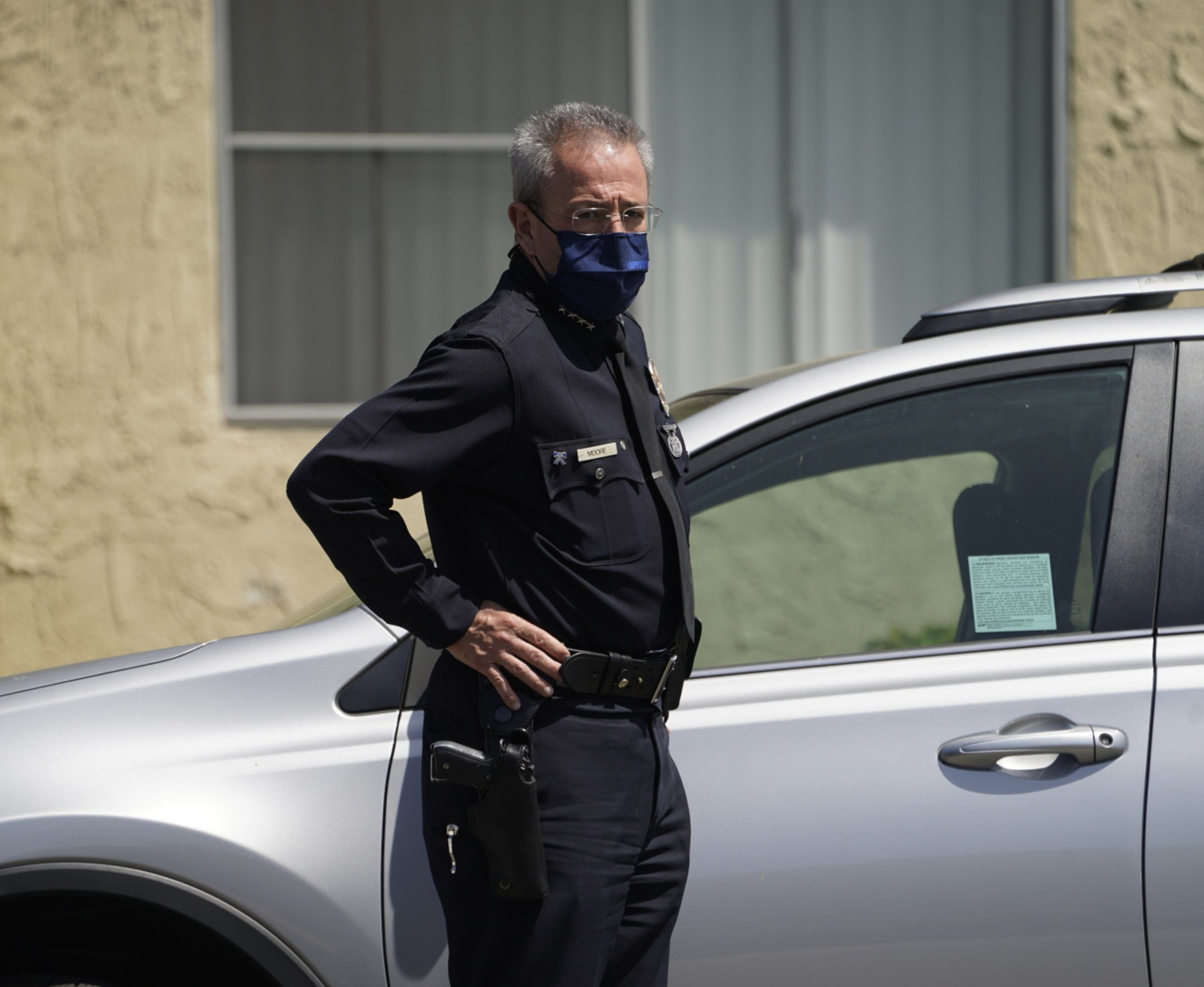 Elsewhere on the blog, she talked about "common life issues" and her posts urge fans to "take charge of your life" .

She wrote: "'I am not perfect, I still have many issues but overall I am happy and proud of my past. I love my present life and look forward to my future."

Carrillo's children would not have been born by the time she stopped posting on the blog online.

In other posts, she appeared to struggle with her identity – sometimes calling herself a "passionate lover" and other times dubbing herself "selfish and a "manipulator".

She wrote: "As for you, have a f**king amazing time today!

"Be yourself, don't give mind to those that are hating on you. They probably need a hug and a smile." 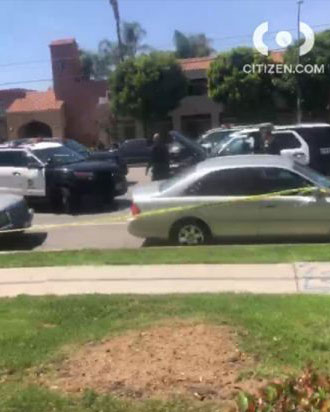 Carrillo was initially named a person of interest in the deaths, but has since been deemed the lead suspect in the triple murder.

Investigators believe she committed a carjacking in the nearby area of Bakersfield at around 1pm.

That vehicle was described to be a Toyota pickup truck with the license number J258TO.

Police said they believed the incident was linked to the toddlers' deaths.

Around an hour later, Carrillo was taken into custody. Details of her arrest were not immediately available.

An investigation remains ongoing, and police have not yet given any information regarding a possible motive.

"We don't know the background of the family…we're just trying to this puzzle together at this time," Lt. Anthony Cato said in a statement.

From the scene, Lt. Raul Joel added: "These are the moments we carry throughout our career.

"It’s hard to process that [innocent lives have been lost] as a police officer."

It's currently unclear if she lived at the home where her children were found dead. 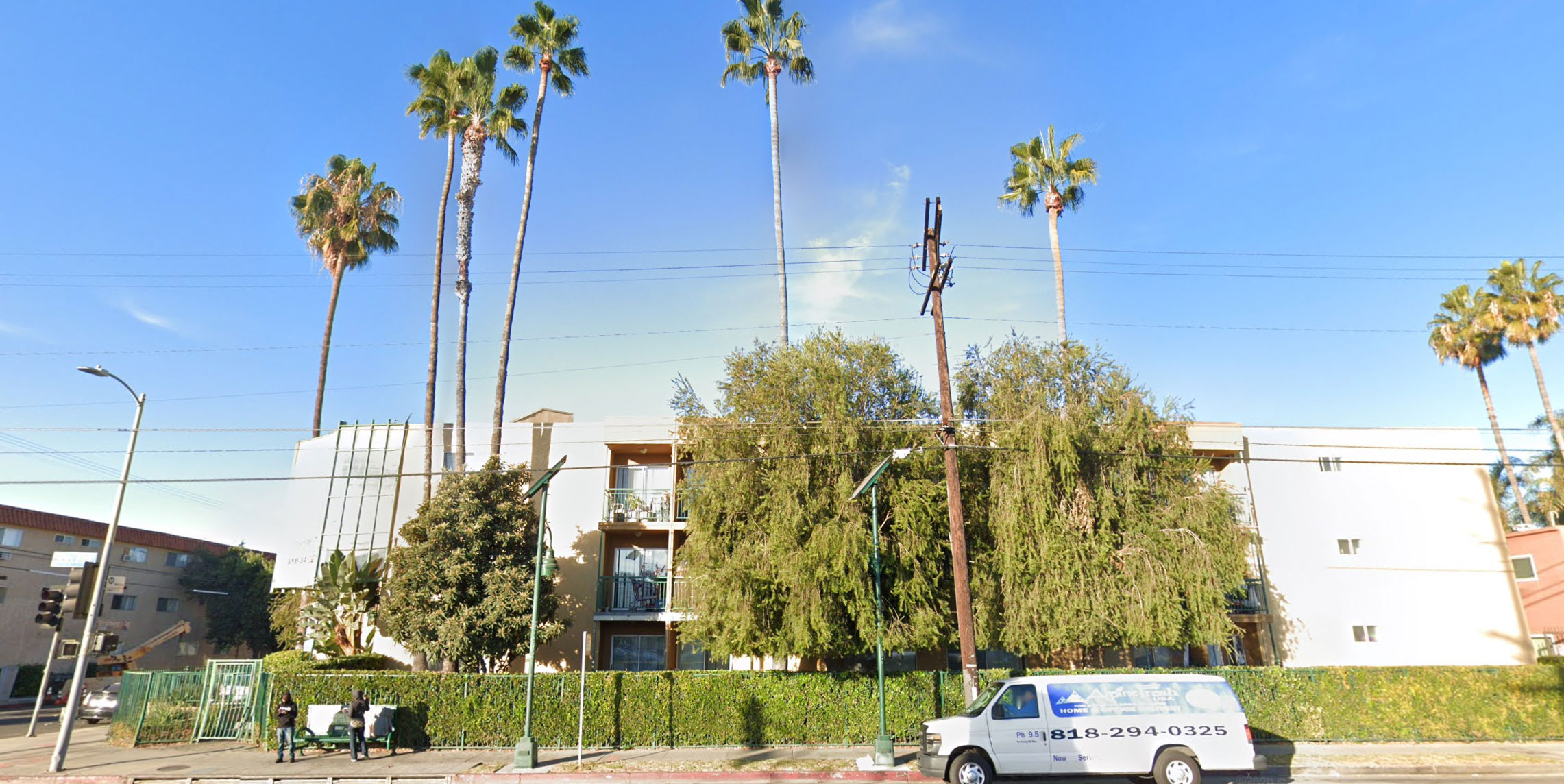 Mishal Hashima, who lives nearby, told CBS: "It’s so sad. Three children. What kind of person can do that?"

Elizabeth Cuevas, who lives in an apartment above the one where the murders took place, told the LA Times she knew the grandmother of the children as a casual acquaintance.

She said she also met one of the children, whom she called "A perfect little girl."

"She was precious beyond what you could imagine. They were beautiful. Any angel shouldn't have gone that way."

Cuevas added she never heard yelling coming from the apartment, and said police hadn't ever been at the home prior to Saturday.

"Somebody snapped there, and they snapped in the wrong direction," she told the Times. "I’m going to be processing this for quite some time."

It’s unclear whether she had a criminal record or the location of the children’s dad.