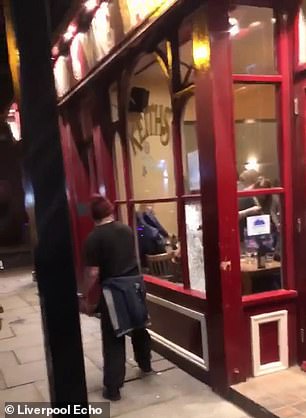 The 60-year-old man from Liverpool started trying to smash the windows on Keith’s Food and Wine Bar after someone took his chair, according to the manager

A 60-year-old man who ‘went berserk’ after somebody took his chair and smashed a window was rugby tackled to the floor by a heroic member of the public.

The man, from Sefton Park in Liverpool, was arrested after the attack.

Video footage showed a man trying to smash windows at the bar.

He stumbles along hitting each window with a knife, smashing one and cracking another before he is rugby tackled to the floor.

Keith Haggis, who owns the well known bar, told the Liverpool Echo that a customer became annoyed when someone moved his chair.

Mr Haggis said: ‘It was just someone who got upset because his chair had been taken by somebody and he kicked off, why I don’t know, but he did and he obviously got very upset and went berserk for a moment but it was all sorted very quickly. 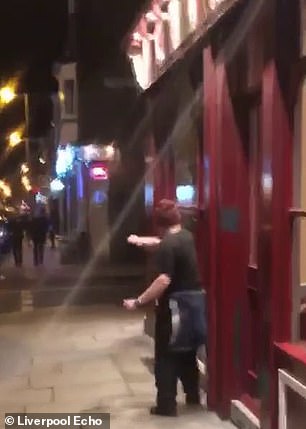 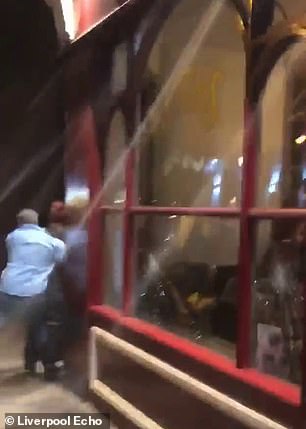 Video shows the man walking along hitting the windows with what appears to be a knife, smashing one and damaging another

‘It was a one off and nothing to get excited about.’

Mr Haggis added that the windows were set to be replaced today.

Keith’s Wine Bar opened in the 1970s and became famous for its shabby chic look over the decades. Photos online show that the bar also occasionally holds music evenings. 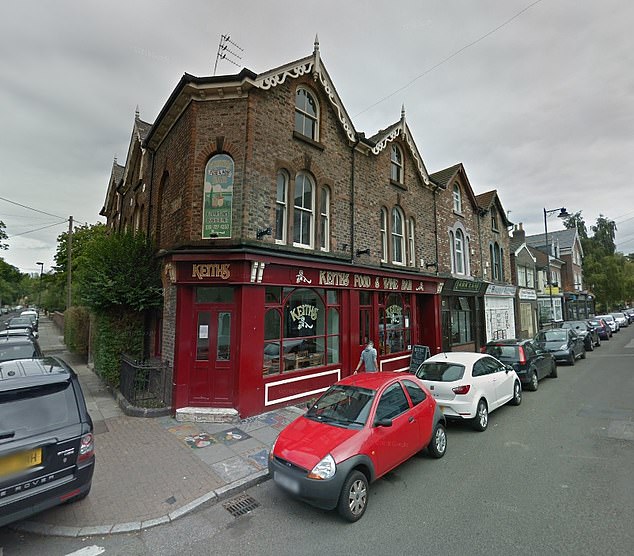 Keith’s Food & Wine Bar underwent a refurbishment last year. Keith Haggis, who owns it, said that the windows which had been targeted were due to be replaced today

A Merseyside police spokesman confirmed the event and said the man was arrested on suspicion of criminal damage and ‘possession of a bladed article’.

‘Damage was caused to the windows of the bar but there are no reports of anyone being injured.’

Officers said they were called to the bar at 10.50pm.