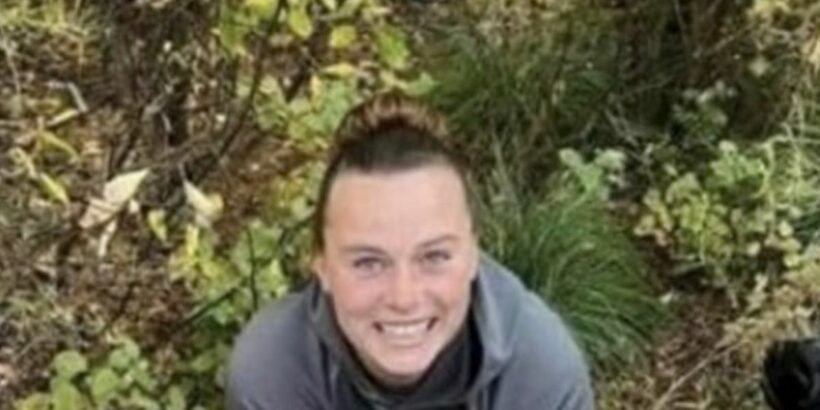 A hunter who shot and killed a stray husky before skinning it maintains she did nothing wrong because she believed it was a juvenile wolf.

The woman, Amber Rose Barnes, proudly uploaded a series of images online of her actions in Flathead County, Montana, writing: “This morning I set out for a solo predator hut for a fall black bear, however I got the opportunity to take another predator, [a] wolf pup.

She added that it was “a great feeling to text my man and say I just smoked a wolf pup”.

Wolves can be hunted legally in Montana as long as the hunter the correct permits. According to some reports, Barnes only obtained a wolf hunting permit after shooting the dog. She denies those claims.

Responding angrily to criticism on Facebook after she posted pictures of the dead animal, Barnes maintained that she had shot it in self-defence.

“During this time my safety was top priority,” she wrote, adding “This animal was growling howling and coming at me like it was going to eat me.

“So please remove all your post thinking I just shot and killed someone's pet!

“I am human did I make a mistake thinking it was hybrid wolf pup however there are no charges are against me as I did not break any laws!!! I'm not a cruel individual.”

Barnes’s partner, Frank Tallent, weighed in online with an angry rant of his own, writing “Mistakes happen – big f***in' deal”.

Barnes has since deleted her Facebook page, after being subjected to a wave of criticism.

One animal lover wrote: “This absolutely disgusting and hurtful.

“If you cannot tell the difference between a wild wolf and a husky, you should not – ever – own a hunting license of even a gun for that matter. There are no excuses.’

Greg Lemon, communication and education division administrator of the Montana Fish, Wildlife, and Parks agency, told local outlet MTN News that his agency had “determined that it wasn’t a wolf." Some commenters on the now-deleted Facebook thread suggested that Barnes should face legal consequences for killing the dog.

“The parties were able to pick up 11 dogs which were turned over to Animal Control and taken to the animal shelter.

“Animal Control later located several other dogs in the Doris Creek area which were also taken to the animal shelter.”

Explaining that there was an investigation under way to “identify the person or persons who left the dogs in the area of Doris Creek,” the Sheriff’s office stated that they had been advised by Montana Fish Wildlife and Parks that “one of the dogs may have been shot”

“The person who is believed to have shot the dog has been identified,' the department added, The case is under investigation”.