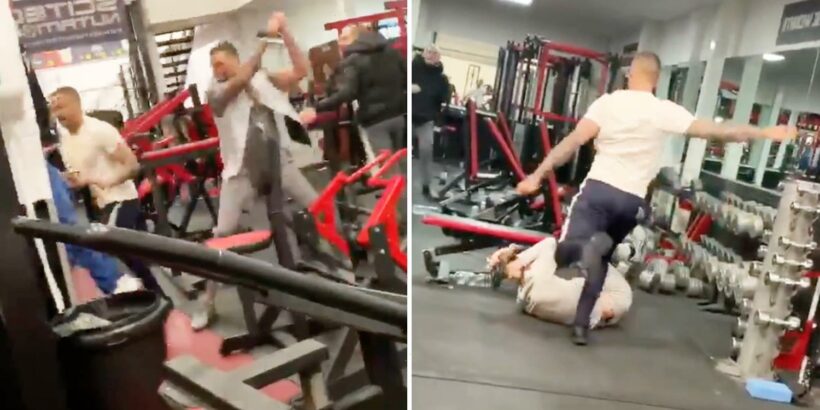 THIS shocking video shows the disgraceful moment gym-goers battered each other with metal exercise bars at a gym popular with the TOWIE cast.

The mass brawl took place on the gym floor in front of stunned onlookers at Ab Salute Gym in Brentwood, in Essex, last week. 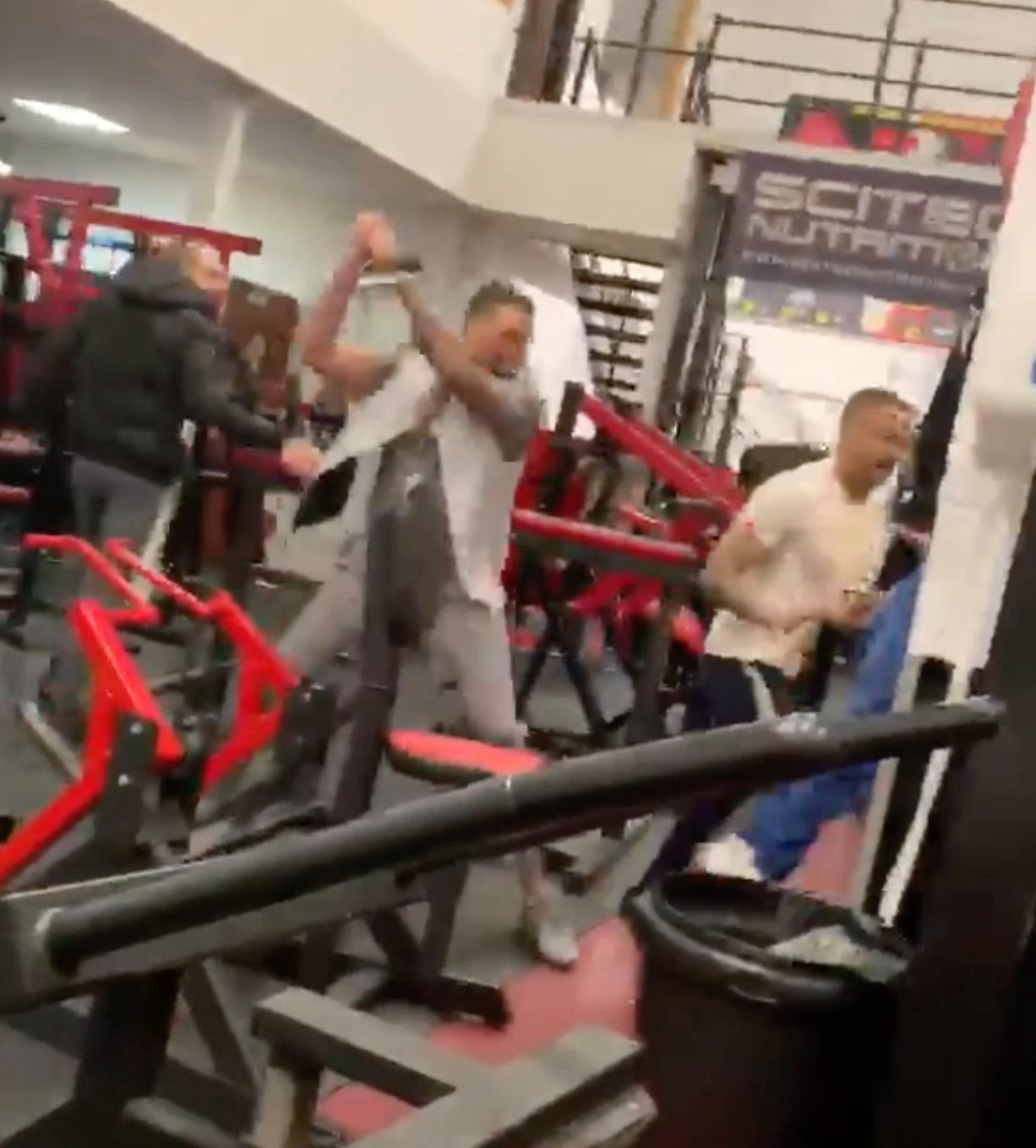 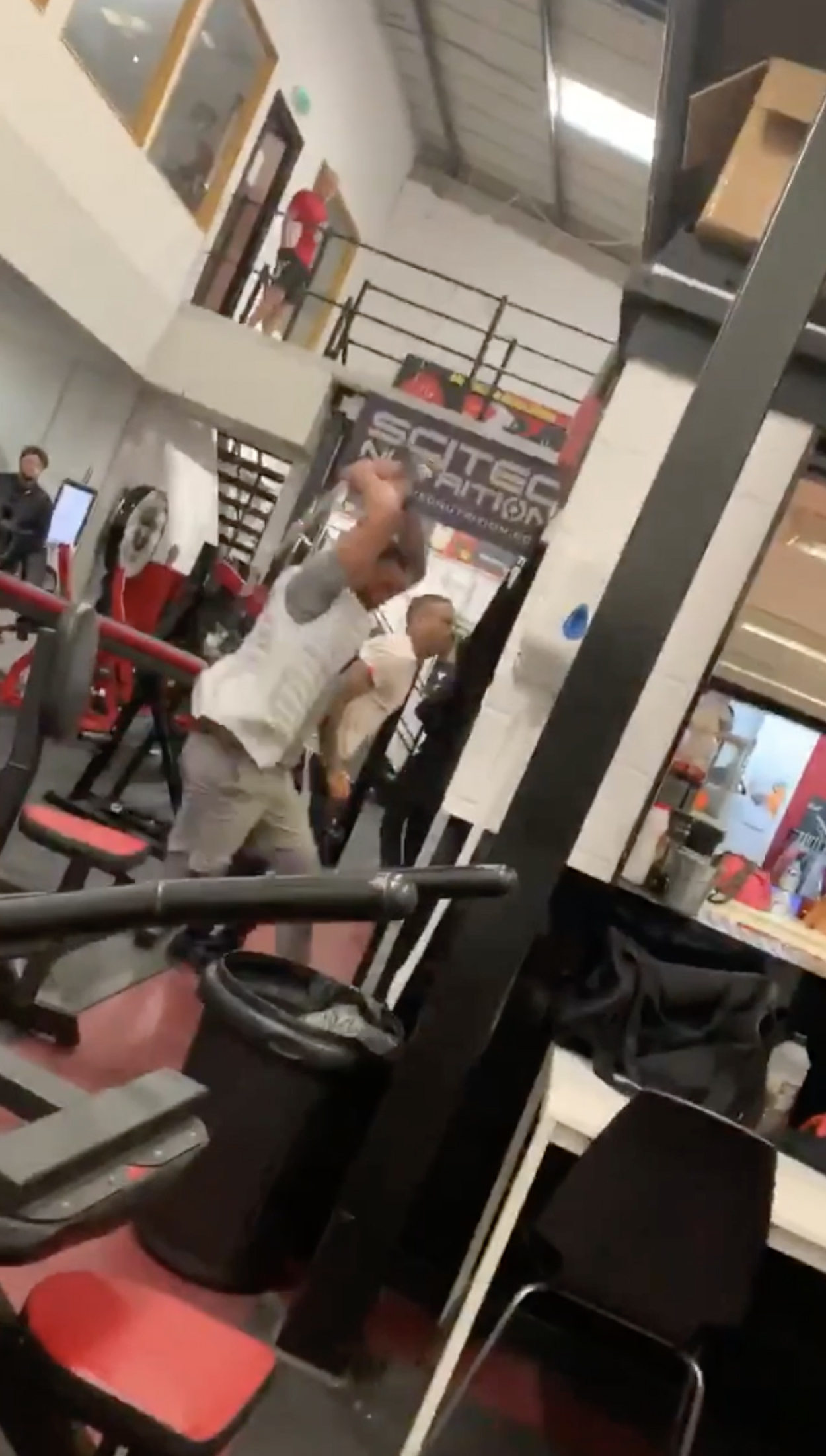 In the footage a gym-goer is filmed hitting another man with a lateral bar as he lies on the floor.

In another shocking clip a man is seen smashing a gym-goer on the head with a metal bar and launching kicks at his body.

A 17-year-old boy suffered bruising and cuts and a 27-year-old man suffered a cut above his eye.

In a statement the gym apologised and said they "do not condone violence in any of our gyms".

They said those involved have been banned for life.

They said: "This was an isolated incident which has never happened in any of our five establishments in the ten years we have been open.

"We do not condone violence in any of our gyms and take this very seriously. 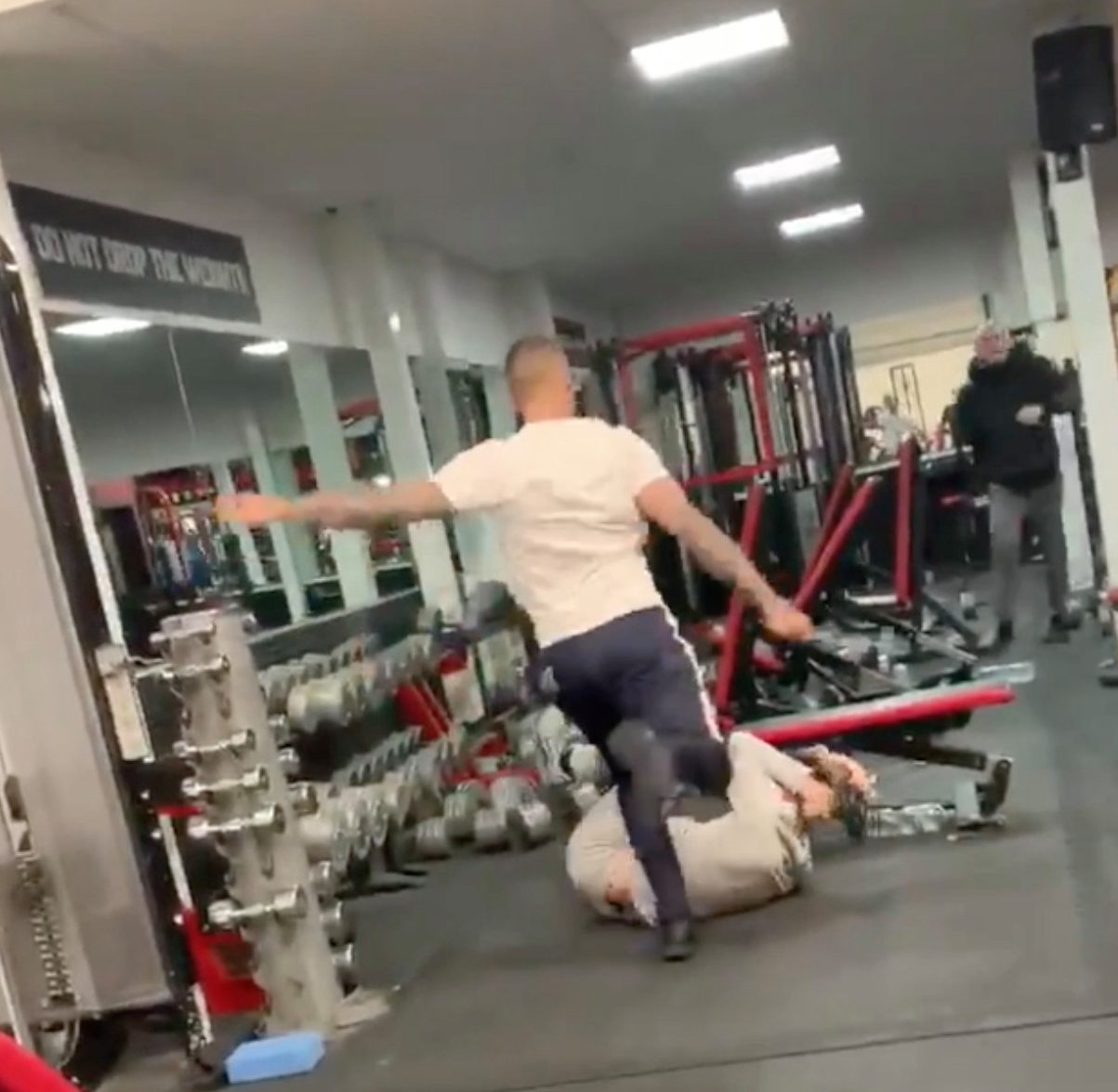 "The police are aware and appropriate action is being taken. The individuals concerned have been banned from our gyms for life.

"We do our very best to safeguard all members of the public and our staff across all gyms.

"We are deeply sorry to anyone who witnessed this incident or has been affected by it."

most read in news

A spokesman for Essex Police said: "We were called by the ambulance service shortly after 12:25pm on Thursday November 7 with reports of a fight at Ab Salute Gym in Hubert Road, Brentwood.

"A 17-year-old boy suffered bruising and cuts and a 27-year-old man suffered a cut above his eye.

"Enquiries remain ongoing and anyone with information or footage is asked to contact the Brentwood local policing team on 101 quoting reference 42/178244/19."