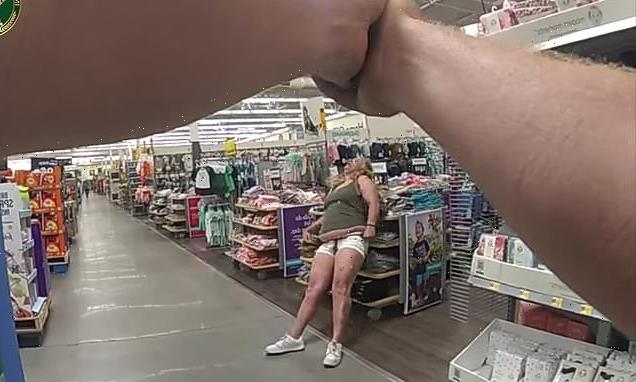 Dramatic body camera footage shows a Florida deputy confronting a knife-wielding career criminal inside a Walmart and deploying a stun gun to subdue her after she repeatedly refused his commands to drop the weapon.

The incident took place at the Walmart on South US Highway 441 in Summerfield on March 30, resulting in the arrest of 32-year-old Brandy McGowan on a charge of aggravated assault with a deadly weapon.

According to a press release from Marion County Sheriff’s Office, officers responded to the store at around 1.30pm for a report of a woman threatening customers and staff with a brick and a knife. 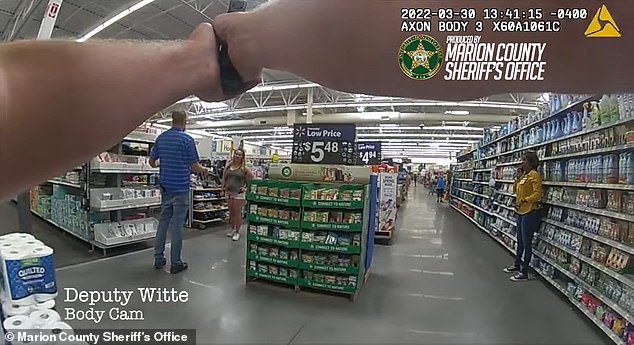 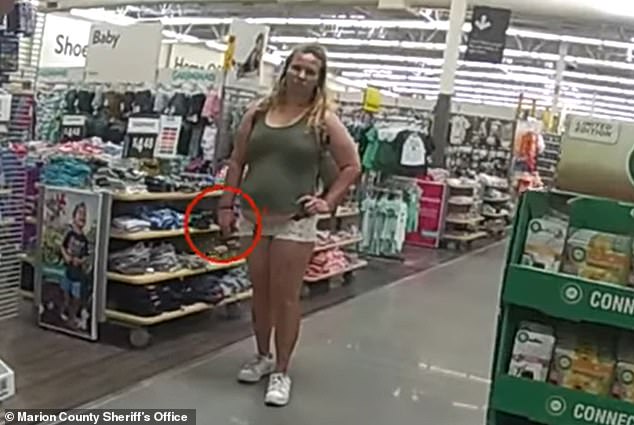 McGowan, 32, who was allegedly high on meth, was accused of threatening customers and staff at the store with a brick and a pocket knife (circled in red) 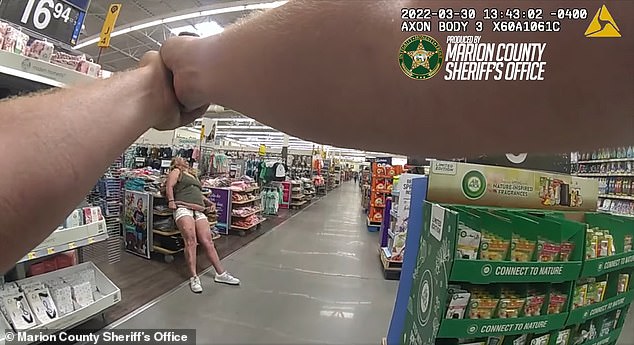 A sheriff’s deputy repeatedly instructs McGowan to ‘drop the knife.’

‘Drop it now. Put it down,’ Deputy Christopher Witte yells out while holding McGowan at gunpoint, but she refuses to comply and continues to stand impassively with the bladed weapon in hand.

Less than two minutes later, backup arrives, allowing Deputy Witte the opportunity to switch from his service gun to a non-lethal Taser.

He orders McGowan one final time to drop the knife, and when she ignores his command, the deputy deploys the stun gun, causing her to collapse face first to the floor. 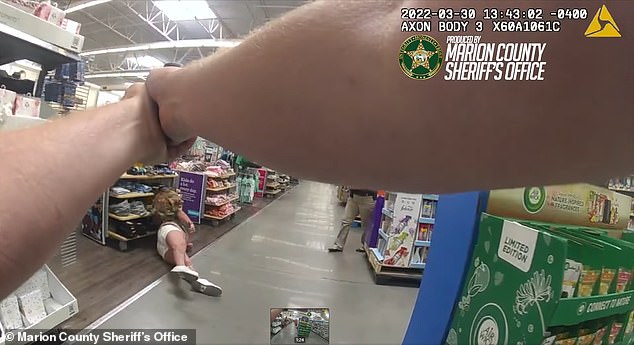 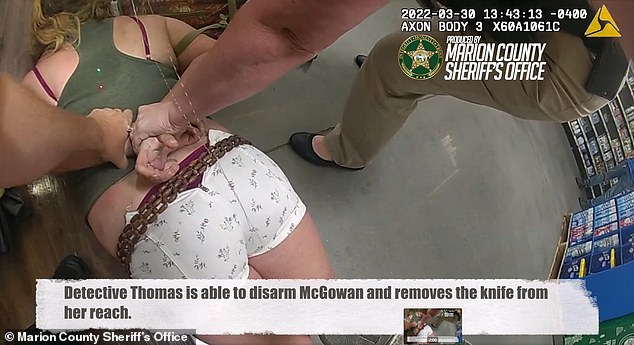 After deputies disarmed the suspect, the handcuffed her and hauled her away 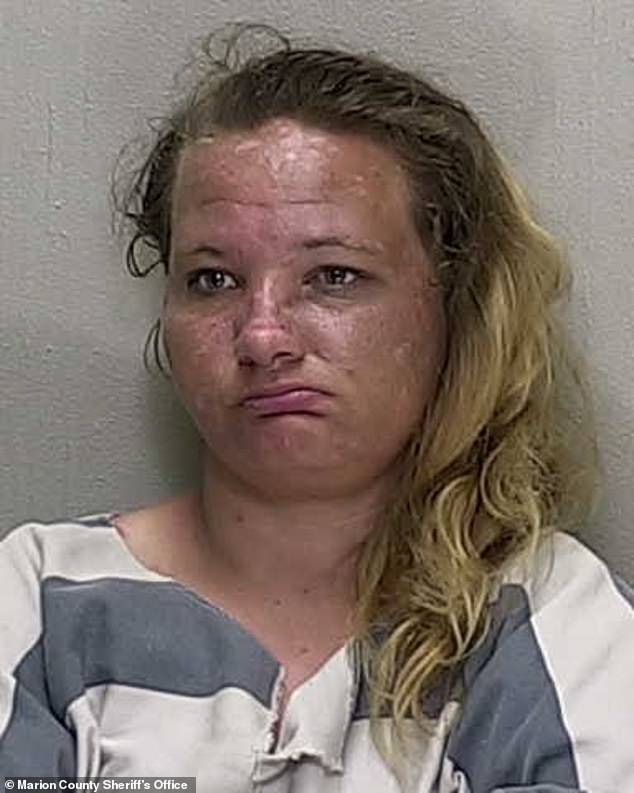 After being disarmed, McGowan was handcuffed and taken to a hospital for an evaluation. The following morning, she was booked into the Marion County Jail, where she remained as of Wednesday.

The sheriff’s office stated that its investigation has revealed that McGowan entered the Walmart holding a brick and began threatening customers.

‘She then located a pocket knife for sale and began opening the packaging with a pair of scissors from the store,’ the agency reported.

Following McGowan’s arrest, detectives learned that the 32-year-old allegedly had ingested about 4 grams of methamphetamine earlier in the day. 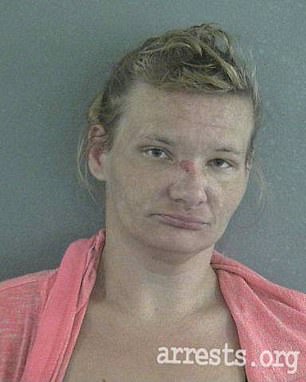 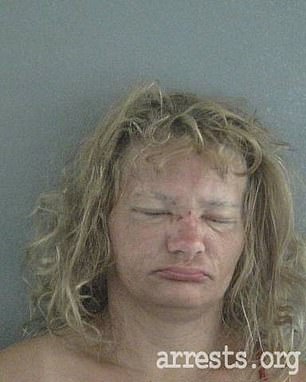 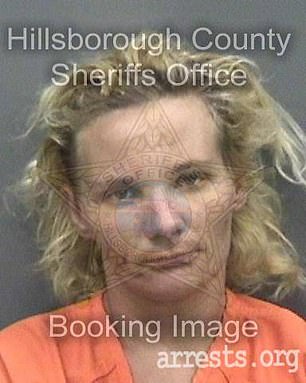 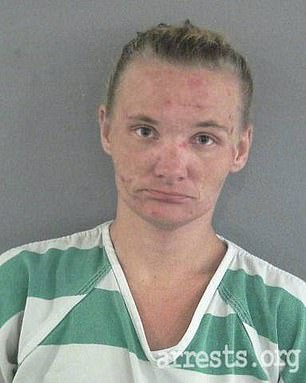 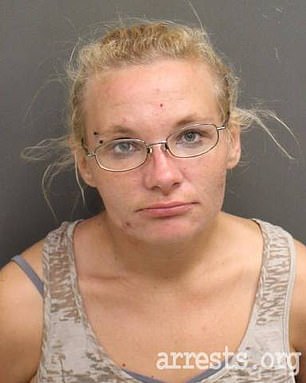 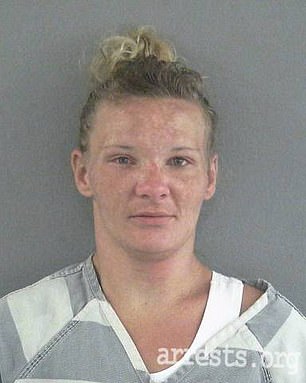 McGowan has a lengthy criminal record across multiple Florida counties

Online records indicate that the Webster resident has a lengthy criminal record across multiple Florida counties, which includes charges of burglary, property damage, aggravated assault with a deadly weapon, kidnaping, battery, a slew of drug-related offenses and soliciting without a permit.