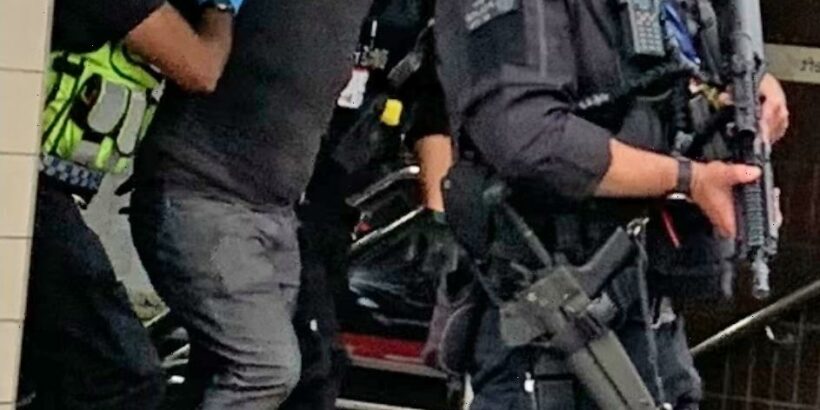 THIS is the dramatic moment a knifeman was arrested after half a passenger's head was reportedly left hanging off in a Tube bloodbath.

Armed cops swooped on Green Park in central London after the commuter was knifed with a "foot-long machete". 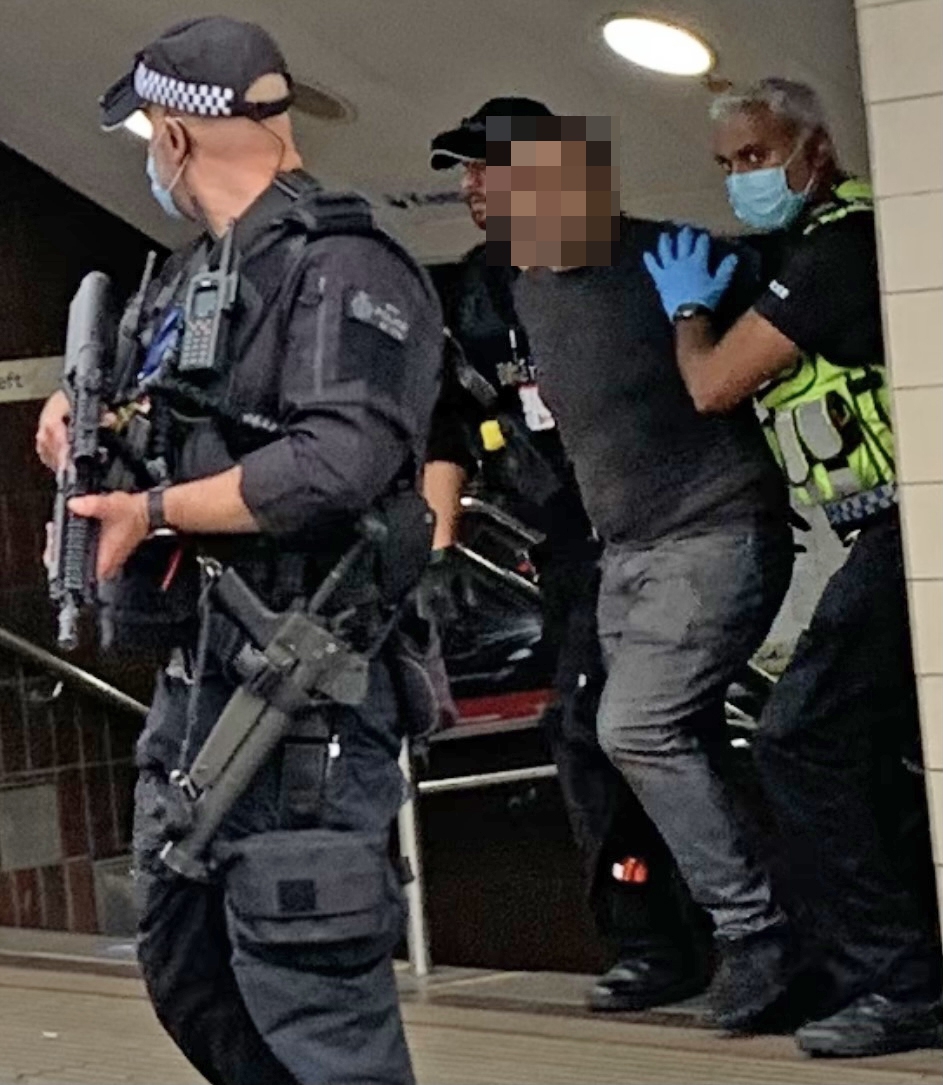 Pictures show the suspect being led out the station by cops after the horror unfolded last night.

Police confirmed a man had been arrested on suspicion of inflicting grievous bodily harm.

One witness told how he feared he would be "hacked to the death on the Underground" as he was trapped with the knifeman while the train moved between Green Park and Bond Street.

The witness, who did not want to be named, said: "All of a sudden there was a huge commotion.

"A man stood in the middle of the carriage and brandished a foot-long black machete.

"People started screaming, there was a stampede to the front carriage – people got trampled on and pushed into the plastic and stuff."

He said he moved into the next carriage away from the attacker as commuters were left defenceless on the Tube.

The witness claimed he saw the victim with a "a deep gash" that left the "side of his head hanging off".

He also explained the driver was unaware of anything happening for 10 minutes because the intercom was not working.

As a result, passengers were left defenceless on the moving Tube as the attacker "taunted" them.

Eventually the train stopped and armed police arrested the attacker.

British Transport Police confirmed the victim was "being cared for at hospital" but there is no further update on his condition.

A spokesperson for the BTP said: "British Transport Police were called to Green Park Underground station at 6.47pm today (9 July) following reports of a stabbing on-board a Jubilee Line service.

"Specialist armed response units were deployed, and a man was arrested on suspicion of grievous bodily harm and conveyed to police custody.

"Paramedics also attended, and a man has been taken to a local hospital. He is currently in a stable condition." 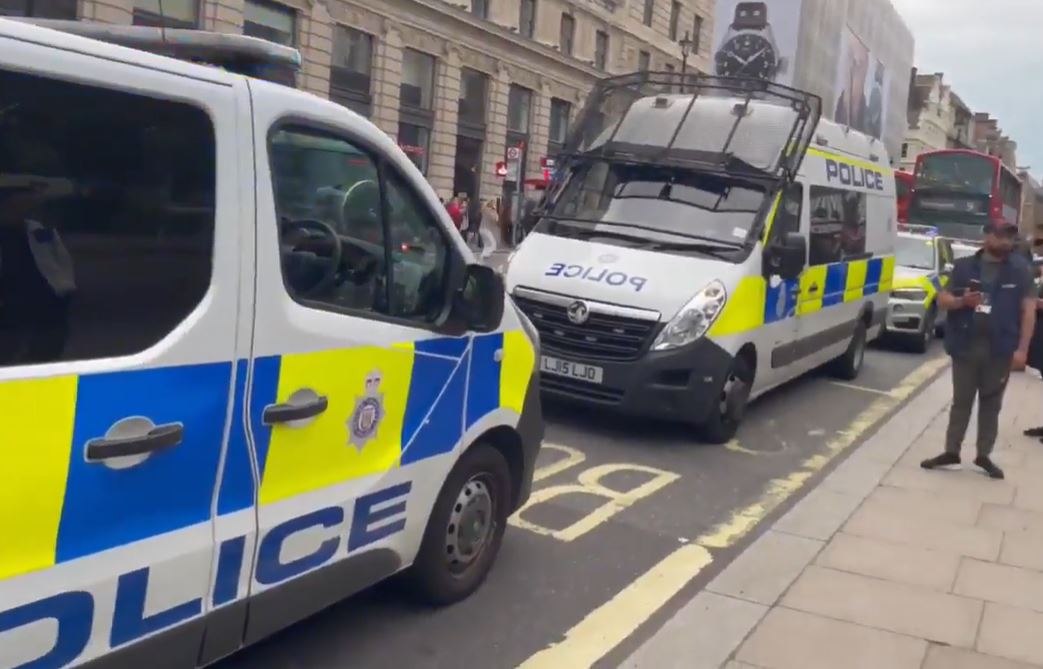